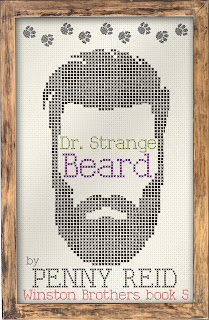 Ten years after Simone Payton broke his heart, all Roscoe Winston wants is a doughnut. He’d also like to forget her entirely, but that’s never going to happen. Roscoe Winston remembers everything—every look, every word, every single unrequited second—and the last thing he needs is another memory of Simone.

Unfortunately, after one chance encounter, Simone keeps popping up everywhere he happens to be . . .
Ten years after Roscoe Winston dropped out of her life, all Simone Payton wants is to exploit him. She’d also like some answers from her former best friend about why he ghosted her, but if she never gets those answers, that’s a-okay. Simone let go of the past a long time ago. Seriously, she has. She totally, totally has. She is definitely not still thinking about Roscoe. Nope. She’s more than happy to forget he exists.

But first, she needs just one teeny-tiny favor . . .

Dr. Strange Beard is a full-length romantic comedy novel, can be read as a stand-alone, and is the fifth book in the USA TODAY bestselling Winston Brothers series. 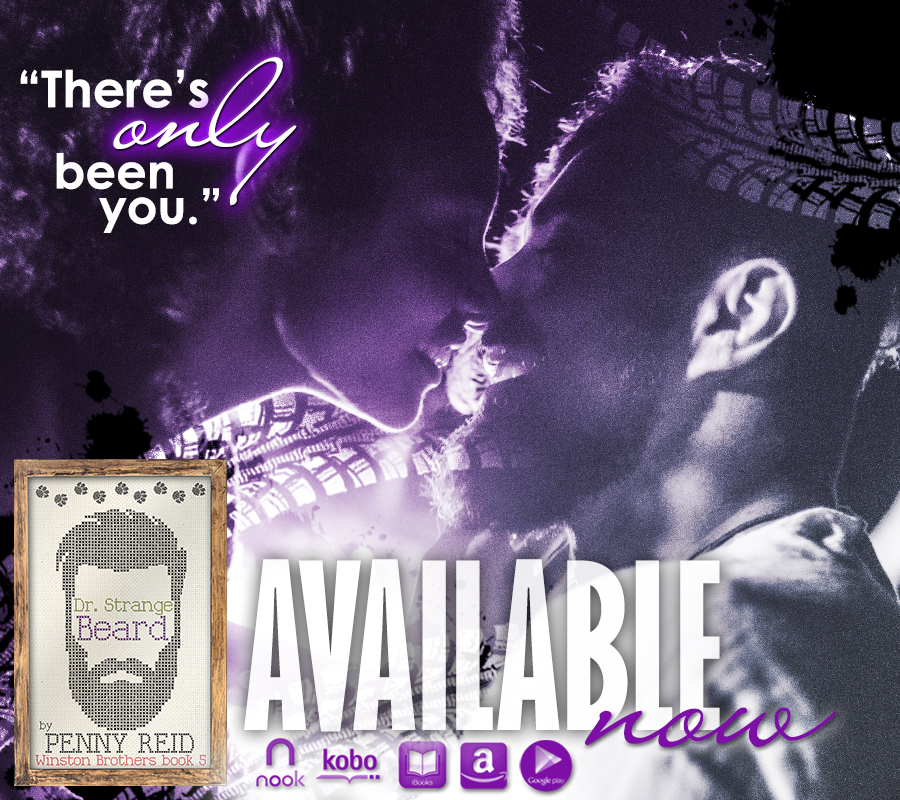 My Review:
I love the characters in the Winston family.  I love Roscoe a lot!  He's got an eidetic memory/photographic memory, and it is really interesting to read about how he is affected by it.  Realizing just how real his memories are for him, it is totally understandable to see why he is the way he is around people.  Although I have to say that the words Simone said to him on the night before he had to separate himself from her to save his own heart, well, if someone said that to me, I wouldn't need a photographic memory to remember those.  And I do remember little things like that when people say them to me.  Or else sometimes I remember the things I say that are really embarrassing to look back on later, or at the time even.

However Simone was drunk that night she said that, and so in a way, it feels like Roscoe should have given her a chance at some point to explain or at least when she was not drunk say what he said again.  And so it is also easy to see how she felt when her best friend Roscoe just started ghosting her, and moving on to what seemed like the whole cheerleading squad.

Without giving away some of the surprises that we have in the book, a couple thoughts I had as I read.  First, just because someone is a virgin doesn't mean they haven't done foreplay or other sexual things.  Second, missionary position isn't always that bad, it can be good, which Simone does find out later.  And third, there was this quote by Simone that I LOVED:

To that I say, sure, find me one now!

I loved all the other family members that we get to catch up with in this story.  This type of series, where the books are standalones, yet connect you to all the other characters in some way, these are my favorites.  A great thing about this story also is how much it tuned into the culture and climate of America these days.  I really liked how Simone let the people who were standing up for her know that while it was greatly appreciated, sometimes you also have to let those people do it for themselves, or else things may not change.  I think that is a great point.  I haven't read all of the books in this series so far, but I hope to go back and catch up when I can to the ones that I haven't, and also get in on any that may be coming out in the future.

My other book in the series that I've reviewed is Beard in Mind, which is #4.

Excerpt:
“Simone, this is not one of our adventures from when we were kids. This is not finding Blithe Tanner’s cat. These men are murderers, drug dealers, thieves.”

“I know.” Boy oh boy, did I know. I didn’t want to be here anymore than he did. I was frightened. Yet allowing Roscoe to be taken on his own hadn’t been an option. “I can handle myself, and I can provide backup for you, if you need it.”

Roscoe gripped my shoulders. “Nothing can happen to you, do you understand?” His words were emphatic, his gaze disoriented, desolate, frantic. “If anything happens to you, I’ll . . .” He swallowed, apparently unable to finish the sentence.

My heart twisted to see him like this. I wished there were some way to show him what I could do, what I was capable of, so he would stop seeing me as a liability.

Well, why can’t you?

Now there was a thought.

Stepping out of his grip, I walked backward to the other side of the room and took a deep breath. “Okay. Come at me.”

“Come at me, bro.” I did that little movement with my fingers, my palm turned upwards. “Come at me or I’ll start singing again.”

Moving quickly forward, staying light on my feet, I faked right and then went left, hooking him behind the back of his leg, catching his arm to twist behind his back, and sending him to the ground—face-first—with a thud.

I winced as he grunted, my knee at the base of his spine, his arm restrained behind his back. “Sorry! But you wouldn’t listen to me.” Leaning forward, I whispered in his ear, “Are you okay? Did I hurt you?”

Roscoe’s back and shoulders rose and fell with an expansive breath, like he was about to respond, but in the next moment he’d spun his legs to the right, leveraged my knee on his back to throw me off-balance, and slipped his wrist from my hold.

In my defense, my grip had been lax as I was purposefully trying not to injure him.

The next thing I knew, Roscoe had me pinned to the ground, air knocked out of me, him hovering above, and my gun digging into my ribs beneath my shirt. He’d been careful to subdue my legs, likely so he wouldn’t end up with a bruised ballsack.

His stare more probing than angry—which I took as a good sign—he said, “I didn’t teach you that. Where’d you learn that?”

Even though I was still coughing, I smiled and rasped, “Since college, take judo.”

He nodded faintly, his eyes moving between mine, looking concerned. “Are you okay? Did I hurt you?”

“No.” Endeavoring to catch my breath, I said, “I took it easy on you because I didn’t want to hurt you either, but I’m an asset, not a liability.”

“You’re definitely an asset.” Roscoe frowned, his gaze dropping to my mouth. “And a distraction,” he said, his voice rough.

“I’m a distraction?” I asked, my words still breathy.

I bucked, but he held me fast.

“Yes. . .” His stare turned inward. “You are most definitely a distraction.”

Even though I’d had plenty of time to recover and we’d been holding still for close to a minute, I was still breathing hard. This might have been because of my lingering irritation. Or, maybe it was because the length of Roscoe’s lean body was lying on mine. He held my hands on either side of my head, our faces even, his mouth just inches away.

Was it insane that I hoped he kissed me?

Let’s go with no.

He gave me his eyes again and I saw something there, a battle. He looked undecided, at war with himself, straining against something I couldn’t see.

Roscoe closed his eyes, and I thought he was going to let me go, but in the next second his lips descended, capturing my mouth in a tender kiss.

I kissed him back.

That’s what one does when Roscoe Winston kisses one. Moan and kiss. Repeat. Because not doing so would be a travesty.

His hold on my hands slacked, his fingers seeking and threading with mine. He settled his hips between my legs, his form relaxing. The weight of him was different now, warmer somehow. At least I felt warm. I also felt cherished as his tongue sought mine, again tenderly, stroking, causing my abdomen to twist and tighten into delicious knots.

He broke the kiss and a protest died on my lips as his mouth trailed down my jaw to the sensitive skin of my neck, sucking, licking, savoring me. What had felt warm and cherishing heated, and my hips tilted reflexively as he nibbled on my ear, cradling his rapidly growing erection.

We both gasped as his hips rocked in an answering yet inelegant movement. It felt perfect and essential in the moment.

“Oh God.” His hot breath spilled against my jaw, a ragged sigh. “What are we doing?” 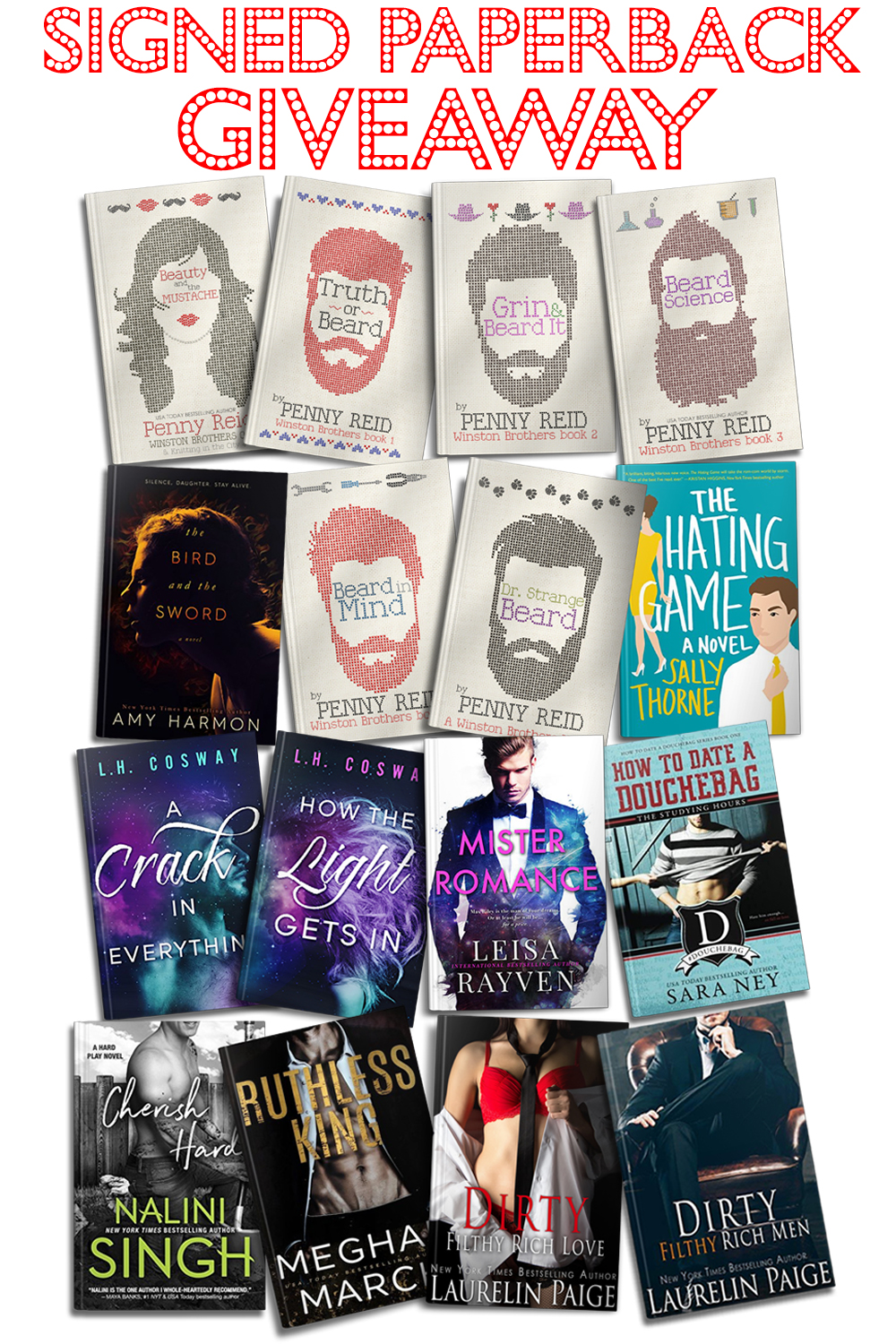 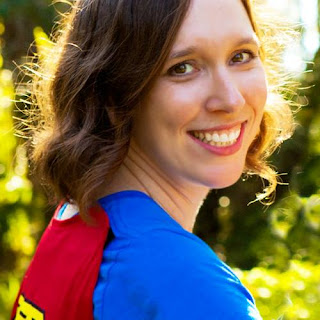