Release Blitz Review: Walk the Line (Man of the Month #12) by J. Kenner 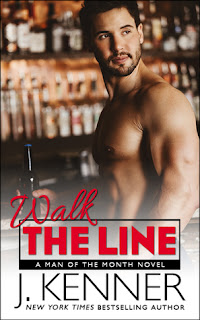 Elena is too young for me, not to mention she’s my boss’s daughter and my babysitter.

That’s beyond complicated. And I’m not even looking for a relationship—but I can’t deny the attraction that sizzles between us.

I need to ignore it. A single dad, all I want is to take care of my little girl, do my job, and enjoy my friends. Anything more is asking for complications I can’t afford. Asking to be hurt again.

Trouble is, I want her, too. And when our flirty sparks turn to flames, I give in to temptation. Our secret fling is scorching hot, better than I’d even imagined.

But secrets get out, and I could lose my job and my reputation.

And I’m starting to realize she’s the one thing I’m not willing to lose.

**Walk the Line is part of a binge read series by New York Times, USA Today, Wall Street Journal, Publishers Weekly, and #1 International bestselling author of the million copy Stark series, J. Kenner.
Each book in the series is a STANDALONE novel with NO cliffhanger and a guaranteed HEA!

I'm not really that much of a fan of older man romances, but for the most part, this one worked for me.  Like most of the others in this series that I have read so far, it was another quick and easy read.  I honestly liked how this one seemed so much more realistic in the amount of time it took for them to actually get together, or should I say in the amount of time for them to kind of feel like a couple, and act like it. Even though they were still trying to keep it secret, from Elena's dad of course, who starts out right away warning them away from each other, and of course also trying to keep it secret, for the most part from Brent's daughter.  However I feel like Brent definitely had the right amount of protesting that what they were doing could be wrong with the age difference, but not to a ridiculous amount. When he did get over that, the other obstacles had to do with the fact that Elena was still going to finish school and what would she do for her job after that, and then he didn't want to get his daughter's hopes up and have Elena leave like the mother of his daughter had before.  I like that Elena still looked into how she could stay there and also continue on with her schooling and meet the goals that she had for herself.  That was very mature, and to me very realistic.  Elena's father also was exactly how I'd picture my own family members behaving about someone in the same situation.  That even though they had misgivings over the age difference, etc., her father knew Brent, knew he was a good guy, and knew that Elena would be great with him and his daughter.  And that's something that I loved about this one for sure.  We also got a little bit of a catch up with each of our other couples, and that was great as well, since this is the last one.

If you're looking for some quick, easy, romantic with a bit of sexy tales, this should be at the top of your list.  While I haven't read every single one in the series, all of the ones I have read are worth it for sure.  At some point I'll  probably go back and read the ones I missed. Especially since Elena's father was one of them, and I missed that story thanks to other blogging obligations at the time it was out.

As with some of the other books in the series, this one of course also put a song in my head every time I read the title. So let's share that ear worm with this video. 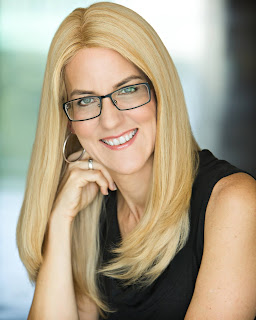