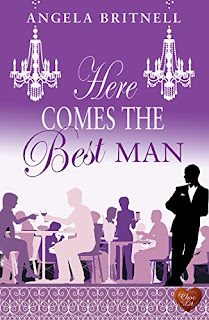 
Being the best man is a lot to live up to …

When troubled army veteran and musician Josh Robertson returns home to Nashville to be the best man at his younger brother Chad’s wedding he’s just sure that he’s going to mess it all up somehow.

But when it becomes clear that the wedding might not be going to plan, it’s up to Josh and fellow guest Louise Giles to make sure that Chad and his wife-to-be Maggie get their perfect day.

Can Josh be the best man his brother needs? And is there somebody else who is beginning to realise that Josh could be her ‘best man’ too?

My Review:
There were a lot of sweet moments and funny bits to this story.  Josh's brother Chad, the groom in this story, had a lot of great moments with his brother, you could definitely see the family relationship with them.  Louise's elderly employer also was a hoot, had to love that she wanted to go visit some honky-tonks to fit in to the south where the wedding was taking place, and all the other things her British-ness made her want to experience.  Louise and Maggie, the bride-to-be, also had a fun relationship that made for some good parts in the story.  Towards the end of the story, about three-quarters of the way through, I was able to slip into the story and enjoy it a bit more.  Unfortunately it was kind of hard to get into.  I feel like there was a lot of extra things added in, and sometimes the dialogue or scenes between Josh and Louise felt kind of stilted or awkward.  It made it harder for me to connect and fall into their burgeoning relationship because of that.  Not sure where this fits within the Nashville Connection series, but as this is the only one I've read, there seemed to be a lot of characters to keep straight, and that was hard to do.  Some of them seemed kind of similar, so again, that made it harder for me to get into.  It was a standalone, but I'm guessing that if I'd read the other, I might not have had so much trouble with keeping them all straight.  Also, if you have followed me and read my other romance reviews, you might guess that when this book did the whole fade to black right as the sex scene was really getting going, I was disappointed.  However that may be your cup of tea, and so this might be the perfect story for you.

I'd recommend for anyone who enjoys a sweet romance, with a bit of drama in the back-story.  You've got a very dedicated man, Josh, who once he decides what he wants, he pretty much goes after Louise, and there is no chance of him cheating on her or treating her wrong.  Louise has her own issues, most of which are dealt with, although that was another part of the story that sometimes felt like it was added on, and took away from me just being in the story. 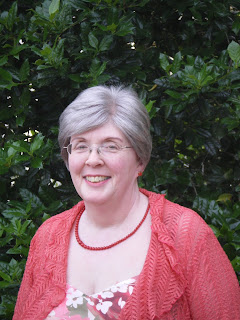 Angela grew up in Cornwall, England and returns frequently from her new home in Nashville, Tennessee. A lifelong love of reading turned into a passion for writing contemporary romance and her novels are usually set in the many places she's visited or lived on her extensive travels. After more than three decades of marriage to her American husband she's a huge fan of transatlantic romance and always makes sure her characters get their own happy-ever-after. Over the last twelve years she’s published over 20 novels and several short stories for women’s magazines. She is a member of the Romantic Novelists' Association, the Romance Writers of America and the Music City Romance Writers.