Blog Tour with Giveaway: The Boyfriend Bracket by Kate Evangelista 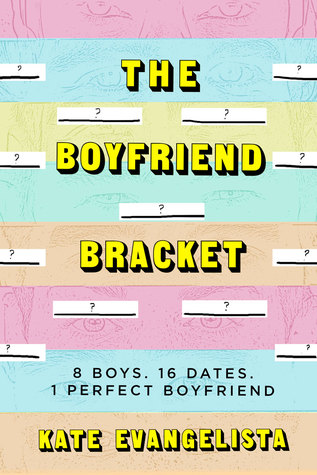 The only way to get over a hopeless crush is to find someone new…Enter: The Boyfriend Bracket!

Putting a new spin on a classic trope, Kate Evangelista explores family bonds, changing relationships, and senior year as our heroine tries to get over her brother’s best friend.

Stella has had a hopeless crush on Will, her older brother’s best friend FOREVER, but now that Cam and Will have graduated and are going off to college, this year is her chance to really strike out on her own. Without her overprotective brother and his sidekick around to distract her, she can focus on having all the typical high school experiences that she’s always dreamed of―starting with finding a boyfriend! With the help of her best friend, Franklin, she comes up with the perfect plan to have a boyfriend by Christmas: The Boyfriend Bracket.

Or it seems like the perfect plan . . . right up until Will starts showing up again. How is she supposed to find the perfect boyfriend when none of her dates measure up to the one boy she can never have?

The Boyfriend Bracket puts a new spin on a classic genre in a fun, unforgettable way.


“Oh, there’s pie!” Stella said. The excitement in her voice pulled him away from his thoughts. “My treat!”

She opened her bag and grabbed her wallet. A small book fell out as she did so. Will was about to call her attention to it, but she had already scampered away to buy dessert. Curious, Will reached out for the book. It was handmade, and on the cover it said BOYFRIEND BRACKET in glittering letters.

“What the hell?” He grimaced as he flipped through the book.

Inside were pictures and information on eight guys. If Will remembered correctly, they all went to Oak Hills High. One of them had even been on the football team with him. The guy she was with at the frat party. On the back of the first four pages were notes in Stella’s cursive writing.

For Kevin Marquez, she’d written, “Cute, but too self- involved. Totally no connection.”

For Daniel Connors all she’d written was “Pervert.”
And for the fourth guy, Joey Esposito, she’d written, “I like him.”

Those three words were the worst of them all. They were three stabs in the gut for Will. Not only was she dating, but she had a roster of guys she had placed in a bracket so she could pick a boyfriend. Most of the guys in the book were total idiots. The kind he and Cam had worked hard to scare away from her. 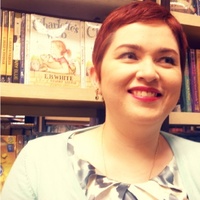 When Kate Evangelista was told she had a knack for writing stories, she did the next best thing: entered medical school. After realizing she wasn’t going to be the next Doogie Howser, M.D., Kate wandered into the Literature department of her university and never looked back. Today, she is a graduate of De La Salle University – Manila with an Bachelor of Arts in Literature. She taught high school English for three years and was an essay consultant for two. Currently she writes full time and is based in the Philippines.