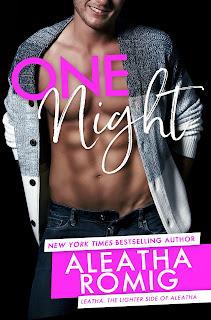 Synopsis:
One night to remember

Is that too much to desire?

One night for fun, passion, and a chance to remember what it’s like to be a woman.
I’m not looking for love.
There’s a man in my life who loves me with all his heart. He has beautiful blue eyes, is three feet tall, and calls me mommy.
He’s my whole world and I’m his. Fate stole his daddy way too soon.
What would happen if I allowed fate another chance, just for one night?

One night to help a friend

Why did I agree to this?
Blind dates are disasters. If I weren't helping the friend of a friend, I wouldn't go.
I’m not looking for romance, love, or even a one-night stand.
After all, the man my friend knew is gone. I’m no longer the hockey star known for his "pep" on the ice and in the sack. I have a new life, and a new career—a new passion. I’m not looking for more. When the blind date is a bust, could fate change everything?

One night doesn’t end with a kiss—it begins with one.

Be ready to laugh, cry, and fall head over heels as you meet Leatha, the lighter side of Aleatha in this new sweet and sexy stand-alone romance, ONE NIGHT.