Today we have the blog tour for HOLLY FREAKIN’ HUGHES by Kelsey Kingsley! Check it out and grab your copy today! 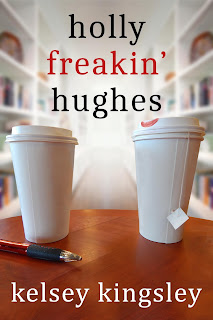 31-year-old HOLLY HUGHES is happy with her life. She’s a moderately successful teen advice columnist living in a tiny studio apartment on the Upper East Side with her boyfriend STEPHEN and their cat CAMILLE. She has grand plans of marrying Stephen and having his babies, until Stephen announces that he is in fact gay and in love with someone else, his boss ANTHONY. This twist of fate is the beginning of a slew of life-changing events in poor Holly’s life. Her boss fires her from the magazine for being too old, leaving her unemployed and unable to keep her apartment. With nowhere else to go, Holly moves back to Long Island to live with her younger sister LIZ and 3-year-old niece ANNA, and takes over as Anna’s babysitter until she can find the confidence to get herself back on her feet. As a part of her babysitting routine, Holly takes Anna on bi-weekly trips to the local bookstore, where they attend Story Time. On one occasion, Anna just so happens to run face-first into 36-year-old BRANDON DAVIS, a tall, handsome man who just so happens to be an international best-selling author of a fantasy book series. Holly is unaware of this bit of information, and remains oblivious as their friendship and love for each other grows. When Brandon faces his personal qualms toward his career and confesses who he is to her, Holly is left to face her own issues with inadequacy. The story deals with acceptance for one’s position in life, forgiveness, and overcoming the feeling of simply not being good enough.

And as though the universe could sense the awkwardness hovering around the barista bar, I felt myself struck in the side of the leg by a moving object. The edge of my kneecap pulsed with pain as my assailant crashed to the floor with a wail, and I looked down to find myself staring at a little girl; blonde and frantic with hands clutched to her face, a stuffed giraffe laying at her side.
Instinctively I knelt down, preparing to assess the situation.
“I-is she okay?” Scott asked, suddenly standing over me, his hands nervously working inside the sleeves of his oversized sweater.
I glanced up at him incredulously. Of all the stupid questions.
“Sweetheart, are you hurt?” I asked in a gentle voice, hovering my hands over her with caution, undecided on what I should do with them.
She continued to cry in hysterics, and I noticed a trickle of blood coming from underneath her hands. Although my mind raced with the possible lawsuits I knew absolutely nothing about, I asked without panic, “Can you move your hands, and let me take a look?” When she refused, I took a chance and gently pried her hands away from her face to reveal a bloody nose and a fat lip.
Scott rushed to grab a few napkins, handed them down to me, and went to fetch some ice for her lip. Perhaps feeling a little too at ease with the little girl, I pulled her up into a seated position and wiped up the blood that ran over her lips. Gently tilting her head back, I pinched the bridge of her nose. Her hysterics had subsided into controlled sobs, and her wide brown eyes watched me with caution. Evidently, the Stranger Danger had settled in.
I lifted my head to quickly look around the store for any sign of a person missing a child. “Honey, where is your mommy or …”
“Anna! Oh, my God!”
I was startled by the sudden voice of a disheveled woman. She fell to her knees beside me, more of her dark brown hair falling out of her already messy ponytail. Her hands immediately went to the pudgy cheeks, turning her face unintentionally out of my fingers’ grasp, and the little nose went un-pinched. A slow drop of blood appeared at the entrance of her nostril, and I reached over to hold her nose shut again, not bothering to wonder if I should keep my hands off this woman’s daughter.
Scott returned with the icepack and handed it to the woman. Through her frazzled panic, she looked at it curiously in her hands. Understanding the worry she must have gone through, only to find her child bloodied and screaming on the floor, I spoke to her gently and instructed her to use it for the girl’s lip. That’s when she finally acknowledged my presence, turning to face me. If there was ever a moment to strike me breathless, it was that one, and it did.
She was a pale beacon of effortless beauty, without a mask of makeup to enhance or disguise. The delicate plains of her high cheekbones radiated with the natural flush of excitement from losing her child, while a set of full lips appeared red and bitten, and in the center of it all was a slender nose that came to a perfect point. I caught myself gazing into the melted chocolate pools of her eyes, clouded by a sadness I was all too familiar with, and I realized, had I believed in love at first sight, I had just fallen face first into it.
But I didn’t believe in love at first sight. 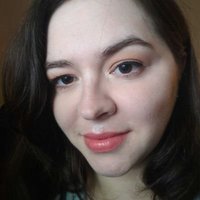 Kelsey Kingsley grew up in the great state of New York, and still lives there with her family and a cat named Ethel. When she isn’t writing her fingers to the bone, she enjoys a good (or bad) book, reruns of Frasier, ruining the lives of her Sims, and singing and dancing in the kitchen. She somehow survives off a diet of tea, doughnuts, and French fries. However, she hates cheese and listening to people chew. You’ve been warned.

September 14th
Rants and Raves of a Bibliophile
Bookishly Yours