Book Blitz and Giveaway: This Piece of My Soul (Clearing the Ice #2) by Robyn M. Ryan 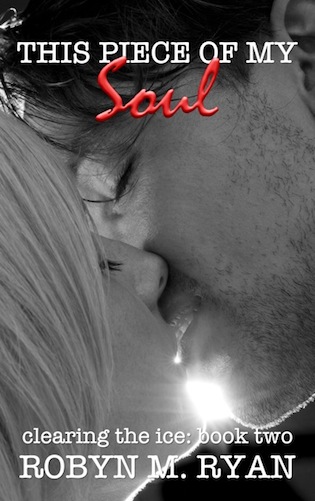 
They believe love conquers all.
One of pro-hockey’s golden couples, Andrew and Caryn Chadwick live in the limelight reserved for elite professional athletes. On their second anniversary, Andrew receives an unexpected contract offer to join the Tampa Suns. As they look forward to a new adventure, neither foresees an event that challenges their love and threatens their marriage.
Until it doesn’t.
A sudden and senseless accident threatens Andrew’s life and inexplicably drives a wedge between the couple. Shattered by the incident, paralyzed by fear that it could happen again, Caryn finds herself at odds with her husband and unable to provide the support he needs—at the time he is most vulnerable.
As their perfect world crumbles, each makes choices that take Andrew and Caryn further apart. Distrust, fears, and secrets construct walls. This Piece of My Soul follows the joint and separate paths the couple navigate as each hopes to rediscover the love that can conquer all.
**Although This Piece of My Soul is the second book in the Clearing the Ice Series, it can be read as a standalone novel.**

—
PRE-ORDER SPECIAL!
Pre-order This Piece of My Soul for only $1.99 – sale price ends Jan 31st!
Get This Piece of My Heart, the first book in the series for just 99¢ (regularly $2.99) through January 31, 2017.
—
EXCERPT:
Andrew Chadwick jerked awake as the phone vibrated on the bedside table. He glanced at the screen as he quickly pressed “ignore.” He slipped from the bed, hoping the noise and movement didn’t wake his wife. His eyes adjusted to the darkness and satisfied that Caryn still slept, he grabbed clothes and headed downstairs. Don Wilson calling in the middle of the night can only bring news I don’t want to hear. Andrew quickly texted a response to his agent, then dressed and splashed cold water on his face. He grabbed a Coke, and quietly opened the door to the courtyard patio. He sat in the Toronto predawn light, staring at the phone a few minutes before he returned the call.

Don apologized before Andrew could speak. “Sorry to call so early. I know you’re headed out today and had to catch you before you two fall off the grid.”

“Tampa sent an offer sheet an hour ago.”

Andrew sighed. “How much?” He closed his eyes and his agent relayed the amount and terms. Not what I want to deal with today. “The Blues’ response?”

“Just got off the phone with Jenkins. Andrew, if you sign the sheet, the Blues can’t match the offer without making some quick moves. This totally blows up their salary cap.”

Andrew’s fingers drummed against the table. “Your take on their lack of interest up to now?”

“The Blues can’t afford you long-term; you’ll be traded before your current contract expires.” Wilson waited a beat. “The Suns are a contender right now, Andrew. They want you to fill a huge hole in the starting line. This may be the offer you can’t refuse.”

“Obviously, the Suns would like your answer as quickly as possible. They’re willing to fly us down so we can discuss this face-to-face, and you and Caryn can look at the area. I can hold them off a while, but probably not ten days.”

Andrew stood and walked across the patio. “No, I don’t want this hanging over our heads that long.”

“If you tell me your trip plans, I will rebook it out of Tampa.”

“Good try, Don, but no, I’ll take care of that.” He laughed a little. “Give me a few hours. I need to discuss this with Caryn and think things through.”

Slipping his iPhone into his pocket, Andrew stepped back inside. Way too early to wake Caryn. His thoughts drifted to the trip they were scheduled to begin that morning. An anniversary tradition that began with their honeymoon two years earlier. Destination his secret and Caryn packing according to his ambiguous suggestions—casual or formal, warm or cold, passport just in case. Despite her best efforts to pry information from him—even during their most intimate moments—Caryn never knew the destination until they arrived at the airport. Even then, he might insert a plane change mid-route.

Last year, she thought they were going to California’s wine country, but when the plane landed in San Francisco, he took her hand and led her to another gate. He laughed softly as he remembered her expression of delight, mixed with pure panic at the thought of getting on another plane that would take them over the Pacific Ocean to reach the final destination, Fiji. He’d pushed her to her limit…well, beyond her limit. Despite the unforgettable ten days in the lush secluded villa, he carefully planned this year’s trip to minimize her discomfort.

Andrew leaned against the counter and gazed out the kitchen window, the darkness slowly retreating. Tampa’s offer cast a shadow over their plans, not just the anniversary trip but the upcoming move back to St. Louis before training camp. Caryn’s made St. Louis a second home, her client list managing corporate and individual social media accounts expanding monthly. Not to mention that her best friend, Lauren, just landed a marketing job in St. Louis and plans to move from Vancouver in just a few weeks.

He pushed away from the counter and wandered to the living room, closing his eyes and sitting back in the chair. It’s a no-win situation. If I sign the Suns’ offer sheet, the Blues will either decline to match—or worse, trade teammates to keep me.

His ambitions had never included owning one of the highest contracts on a team. But, if he didn’t sign the offer sheet, his agent’s prediction very likely would play out. Come March, he’d find himself playing on a different team, worst-case scenario traded to one of the teams in the midst of rebuilding.

The Suns were a contender now. They’d made it to the Stanley Cup Final last season. They couldn’t re-sign the league’s leading scorer, but extended the offer sheet to the Blues last night. The offer catapulted him into an entirely new level, both in terms of money and the pressure of replacing the team’s leading scorer. Andrew knew he could fill the slot—on the ice at least—but at what cost to Caryn, their friends in St. Louis, the chemistry that existed among his linemates?

He didn’t hear Caryn approach until her hand rested on his shoulder. “You’re up early, Drew. I planned to surprise you with breakfast in bed.” She pressed her lips against the top of his head. “Happy second anniversary.”

Andrew slipped his arm around her waist and drew her onto his lap. “My favorite day of the year,” he whispered before her kiss chased all thoughts of Tampa from his mind.

“Shall we just skip the breakfast part?” Her voice purred in his ear.

He closed his arms around her, his mouth finding hers. He shifted his body until he could stand with her locked in his embrace. He stepped across the room and gently placed her on the sofa, breaking the kiss with a soft curse as his phone vibrated in his pocket. He sat on the edge of the sofa as he pulled the phone from his pocket and glanced at the display. Don. Again. Now what?

“You’ve got something?” He caught Caryn’s questioning look at the impatient tone in his voice as he stood and began to walk across the room.

“Just spoke with Jenkins again. Wanted to see if they are open to revisiting our contract negotiations before you decide anything.”

“And?” He stopped for a moment, anticipating the response.

“He said their offer is on the table.”

“Take it or leave?” Andrew felt Caryn’s hand grasp his shoulder, but he shrugged it off as he continued pacing.

“More or less. You owe it to yourself to talk with the Suns. The Blues best offer is two years only. You could be looking at a long-term deal with Tampa.”

“Yeah. Give me a little more time. I’ll call you back.” He ended the call and tossed the phone across the table before turning toward the door. His mounting frustration threatened an angry release.

He held up his hand. “A couple minutes, Cary. I need to clear my mind.” Without waiting for her reply, he jerked the door open and stepped outside, closing it firmly behind him. 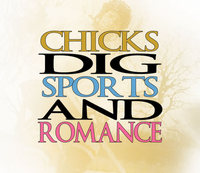 By the time she was an eight-year-old tomboy growing up in the suburbs of Chicago, Robyn M. Ryan definitely knew what she wanted to do when she grew up—play major league baseball or write. This goal grew throughout elementary and high school, first composing novels featuring favorite TV and music personalities, then venturing into sports writing.
Attending UGA’s journalism school launched her career in public relations, which included an internship with the Atlanta Flames NHL hockey team. At that time Robyn wrote books she and her friends wanted to read. With the encouragement of a writers group on twitter—WritersThatChat—This Piece of My Heart, a hockey romance, and the first book in Robyn’s series Clearing the Ice was published May 2016. The second book in the series, This Piece of My Soul, introduces the Tampa Suns professional hockey team. This Piece of My Soul is set for release January 24, 2017.
Besides writing, Robyn’s passions include following NASCAR and the New York Rangers, reading all the great books in the sports romance genre, and splitting time between homes in Atlanta and Palm Coast, with two brilliant Westies who definitely rule both homes.
As do many writers, Robyn chooses to write using a pseudonym—hers is a combination of her sons’ names, a contribution from her youngest nephew.