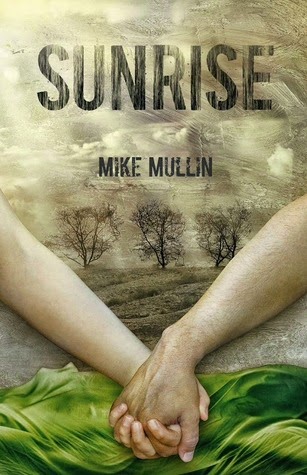 I was able to get an ARC of this from the publisher, Tanglewood Press.  This is a series I have been a huge fan of since the very beginning.  Here is my post about the first in the series, Ashfall.   I got the sequel as an ARC at BEA 2012, and you can read my review of Ashen Winter HERE.  I have to say this is one of the best conclusions to a series I've ever read.  And there have been a few good ones lately to make up for some of the not so great ones of the past year.

As always, we are following our main character, Alex, as he tries to survive in what is left of the world after the giant eruption of the Yellowstone volcano.  He is living at his uncle's farm, along with the people from the town nearby who had to go there when their town was attacked.  But when they were attacked, they lost a lot of their food.  Living on what kale there is won't last forever.  Their greenhouses can only do so much.  So they mount an attack to get their food back.  They are up against what will come to be kind of the evil villain.  His name is Red, and that he says, is because of the blood that he likes to draw.  Using techniques suggested by Ben, the autistic boy we met in the last story, eventually they are able to get back their food, or most of it anyway.  But not without losses, and not without Red threatening to see them again.

But this isn't the only problem.  The townspeople want to move back to their town.  Which is fine, the farm is really only made for so many people, and it is nice for them to be just family and immediate friends for awhile.  But Alex's mother has changed since they lost his father.  She refuses to accept Darla.  But Darla and Alex are a pair, and will not be separated.  More family is lost in the battles.  And Ben keeps saying that they will not be safe like they are. That they should move to the town and build a wall around the town.  But try as Alex might, he can't convince the mayor to build the wall.  Darla and Uncle Paul have an idea to use some wind turbines and create a home there.  With Ben's help, they begin building a new home there, along with new greenhouses, and getting the turbines working to provide electricity.

Things aren't all roses and daisies at this point though.  There are more challenges.  Until they can get the kale growing, they need more food.  And they need supplies to build all these things they want to build.  So they try to trade.  First in town, but the mayor has set people against Alex.  Then the decide they must go to Chicago.  Along the way they find things they need, as well as more danger.

I don't want to give a lot away, so I won't tell too much more.  I just know that as I was reading this, I could totally see it as a tv series.  The things that happen to people in this are so real.  It's not all just getting away from the bad guys for the main characters.  They suffer loss of limbs, sickness, family issues, starvation, all of it.

There was a part at the end, when it seemed all was settled, they hadn't solved all their issues, but it seemed it might be the ending.  Working towards the final settlement.  But there was like 20 pages or so left, so I just knew there had to be something else.  And there was.  Just when it seemed things were where they should be, all wasn't as seemed. And it wasn't done in a hokey, throw something in at the last minute way.  It was done perfectly, the results were believable and perfect.  A great end to a great series!  Can't wait to purchase this final book for the high school library where I work now.  And once again I'll share my picture of meeting the author at BEA in 2012 after I read and loved the first book. 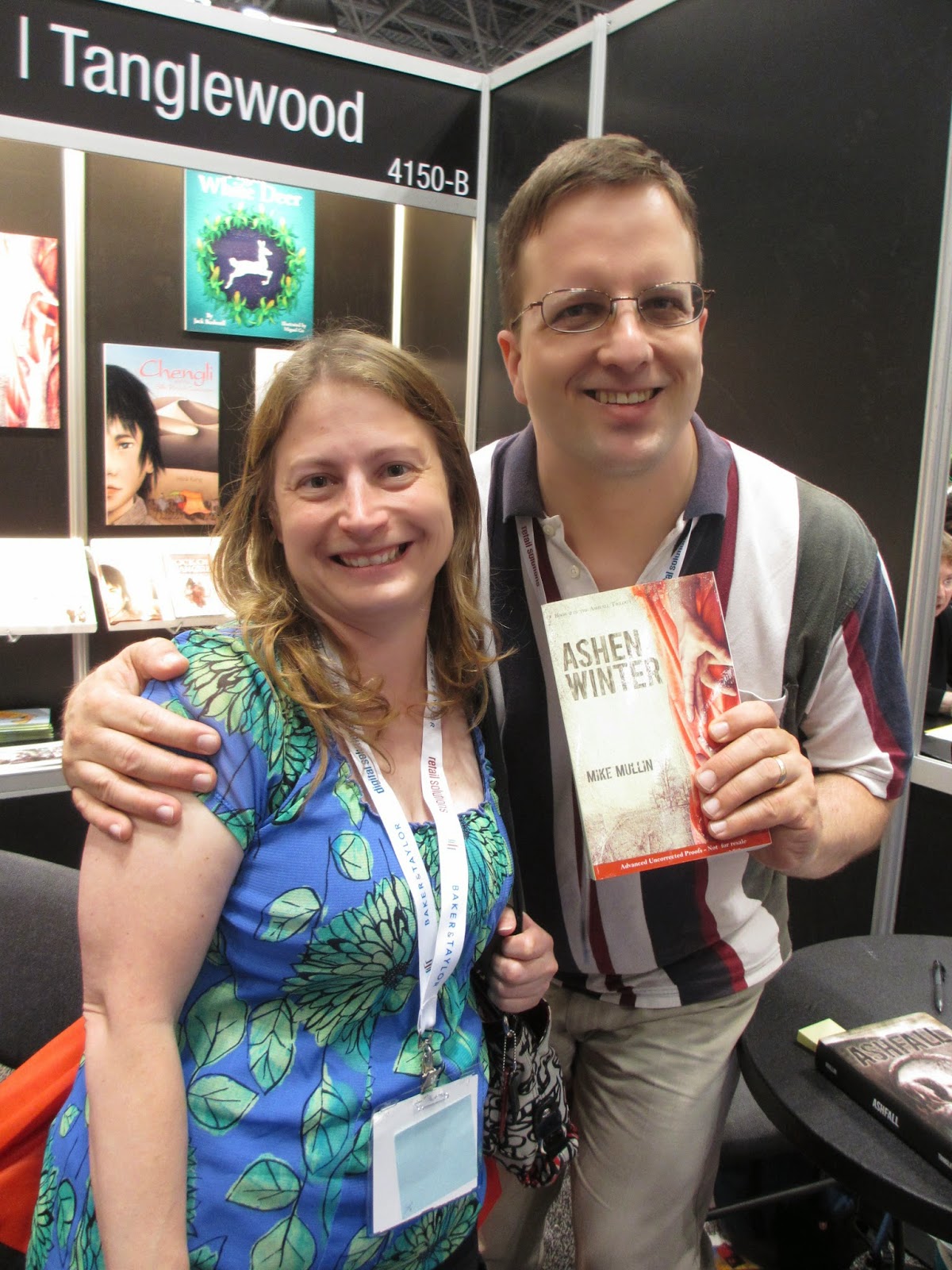