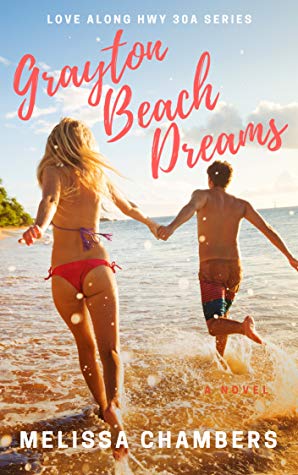 Having spent his college years and early twenties faithful to his sweetheart who ultimately dumped him for his brother, Jesse Kirby will never again be anyone’s fool. He’s been making up for lost time by sampling every woman he missed out on. But as thirty approaches, the revolving door to his bedroom isn’t doing it for him anymore. When he meets the altruistic Cassidy Anderson, he realizes it’s time to make some meaning out of his life. Sure, she may only be interested in him for his body and his literary tattoos, but he will make her see him for the man he now knows he can be.

Cassidy Anderson has always lived her life to serve others and dated stable men her own age or older with the same goals in mind. As she considers an offer from one of those stable men, twenty-nine-year-old bartender Jesse Kirby sets his sights on her, giving her options she doesn’t need to consider. It’s been so long since Cassidy has experienced a body and a libido like his that she isn’t sure if she can pass him up. But just for a taste, because a relationship like theirs could only be headed for heartbreak.

EXCERPT:
Cassidy glanced around. “Um, can we talk somewhere for just a quick second?”

“Sure,” he said, picking up his board. He led her through the doorway to the stairwell, maneuvering his board through, and then hefted it expertly up onto a wall mount, the muscles in his tattooed arms rippling as he worked. He turned around and faced her, still dripping from the ocean, his shorts sagging, those muscles below the stomach that form a broken V on broad display.

She glanced around at another door that must have exited to the outside, and then to the staircase in front of her. She pointed upward. “So, is this your apartment?”

“No, no. I just,” she said, inhaling a deep breath, “I just came here to say that I’m sorry about the other night.”

“I think you probably realize that I sort of freaked out a bit after we…” She trailed off, unable to believe that she somehow had lost part of her own vocabulary.

She closed her eyes, the heat seeping up to her ears. “Yes, thank you.” This was ridiculous. He had moved on from her now, was probably onto the next girl already. For all she knew, he’d already slept with some other girl. He was a bartender with an apartment above his bar. How convenient did it get?

She just had to spit this nonsense out so she could move on and never see him again. She’d send Marigold with the cookie order from now on, and if she couldn’t come, Cassidy would hire a courier, or just admit that cookie recipes can be found on the backs of chocolate chip bags.

She met his gaze, trying to garner her courage. “Jesse, what happened the other night…I don’t do that.”

“Okay,” he said, resting his hands on his hips, his six-pack on full display.

Look up, Cassidy. Look up.

“I realize that it’s no big deal and that people have one-night-stands all the time. But I come from a time where that wasn’t as prevalent as it is now, and I’ve never really enjoyed them like many women do.”

He lowered his chin. “You didn’t enjoy yourself?”

She held up both hands. “No, I very much enjoyed myself. I’m just trying to explain why I had such an…” He inched toward her, causing her to lose track of what she’d been saying. “Ungraceful exit,” she somehow managed to finish saying. Despite her pleas with herself, she looked down at his stomach. “Is that a raven tattoo?”

He touched it with both sets of his fingertips. “Yeah, I’m sort of a book nerd. I love Poe.”

Her exhale of the breath she’d been holding was loud and included a little chuckle, because this was just getting ridiculous. A book nerd? Was he kidding her?

Her gaze slid to the other side which showcased a tattoo of a self-effacing quote about masculinity. She studied it, her brain reaching for its place but coming up short. She met his gaze, making a question with her eyebrows.

Geez. The fact that he loved books enough to plaster tattoos celebrating them on his body just made her even more fascinated with him. Stop it, Cassidy.

She shook her head, trying to clear her brain for the task ahead. “So anyway, I’m really…” He moved in closer, his hand on the wall beside her head. She swallowed hard, then continued, “sorry that I…slept…with…”

His lips were on hers at the same time her hands cupped his shoulders, squeezing them for dear life. His lips tasted like the ocean, but his warm tongue on hers tasted like him…all man and all need. He pressed his hips into hers for just a moment, and then pulled away. “Sorry, I don’t want to get you wet.” 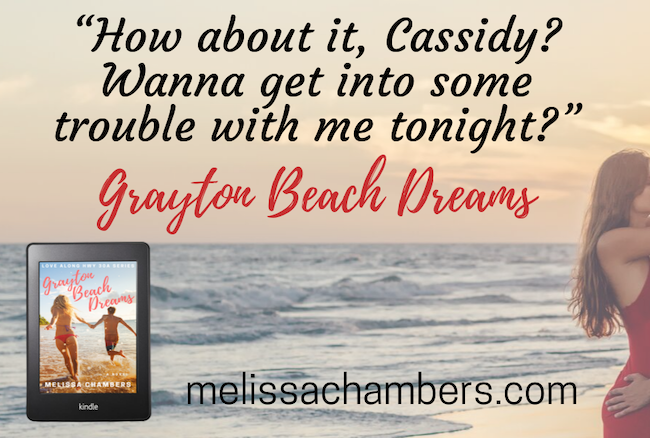 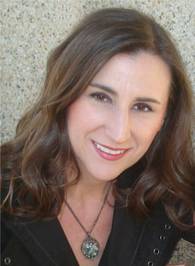 Melissa Chambers writes contemporary novels for young, new, and actual adults. A Nashville native, she spends her days working in the music industry and her nights tapping away at her keyboard. While she's slightly obsessed with alt rock, she leaves the guitar playing to her husband and kid. She never misses a chance to play a tennis match, listen to an audiobook, or eat a bowl of ice cream. (Rocky road, please!) She has served as president for the Music City Romance Writers and is the author of the Love Along Hwy 30A series, the Before Forever series (YA), and Courting Carlyn (YA).