Today we have the blog tour for Field-Tripped by Nicole Archer. Check it out and buy your copy today! 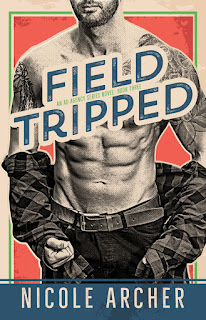 I was done with games. But playing with her is so much fun.
Ten years ago, I was all set to compete in the winter Olympics. Then I lost everything—my career, my best friend, and my girlfriend. After that, I stopped playing games for good. I swore never to go back to Colorado. Too many bad memories. Plus, she’s still there. Now I live a simple life as a creative director at Shimura Advertising in New York. All is good, until my boss cons me and my coworkers into spending two weeks in Colorado at Proton Sports’ sleep-away camp for adults, pitching their business. Turns out Proton’s idea of a pitch is making the agencies battle each other in a bunch of ridiculous winter games. Guess who owns the rival company? Her. And she’s out to get me. I might just let her win.
*Field-Tripped is Book 3 in the in the Ad Agency Series and can be read as a standalone.

Get your copy today!

Archer's third book in the hilarious Ad Agency series is what I would call a "wham, bam, thank you ma'am" whirl of fun and sexiness.  While the first book in the series, Road-Tripped, was also very hilarious and sexy, it kept you hanging on the edge of your seat with the sexual tension, in a good way, and brought out a lot of emotions.  Book 2, Head-Tripped, brought the emotions front and center, mixed in with the sexiness, and a sprinkle of hilariousness.  As with the first two, we get the story from both of our main characters, which is something I love!  You get to see both of their point of views, both of their thoughts and feelings, which makes those moments when you normally would be wondering why the heck someone was being so stupid or crazy in their decision, become more understandable, because you get just what they were thinking when they do that ridiculous behavior.

These two characters are in a second-chance romance, and it seems as if the fates have conspired to bring them back together.  Both of them are stubborn and are feeling as if things that happened in the past were either their fault, or even if they believe that, they still believe the other one is the cause of why things went wrong.  The drama between the two is so back and forth, hilariously so, exactly as this author is so great as doing.  It's totally an "I hate you!  Kiss me!"  It totally reminds me of this scene in Spaceballs:

So many things about the book  that I just adored!  The names of Charlie's dogs, Julius Seizure, for one!  There is almost always at least one persnickety character in the stories, in this case it was Burt, one of Charlie's godfathers I believe?  His nicknames for Eli had me cracking up, Beaver Beard, so hilarious, I can't name them all.  Not to mention little Austin, who was kind of the reason for Callie ending up on the trip in book one with Walker (who is still my favorite of all the guys).  I wonder how much of his character was based on the antics of the author's own son, who we get to share in the hilarity of on Facebook.  One of my all time favorite parts of book one was the Chinese menu typo, go read book one if you haven't yet, and in this one we had the comment about the Japanese flag!  Not to mention the line that I was saying out loud with the other characters in the book every time that character spoke, "Shut it, Jerry!"   I could go on and on about all the amusing things in this book, but that would mean you might not need to read it, because it is pretty much all laugh out loud funny.

Probably my only negative on this one?  That one of the dogs wasn't a dachshund.  :-)  JK 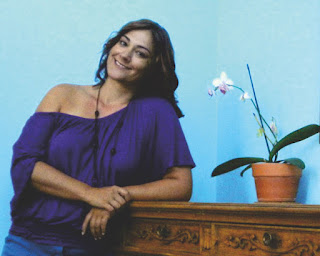 Nicole Archer’s lengthy career as an advertising copywriter not only polished her writing skills—it provided a lifetime of book material. As a single, full-time working mom of a beautiful, brilliant, and horrifically energetic son, she has little time to do much else besides work, write, read, drink wine, and breathe. She’s originally from Colorado, but lives in Dallas now. This is her third book.

Read the other two books in the Ad Agency Series

Amazon
Posted by Lisa Mandina at 7:00 AM