Jared: Well, anyone born here is a citizen with full rights. There are people who claim certain “injustices” are race- related, but if you ask me, they’re just being divisive.
Justyce: [Inhales deeply and rubs his wrists.]
Jared: America’s a pretty color-blind place now. SJ: Of course you would say that.
Manny: Oh boy.
SJ: It never ceases to amaze me that guys like you have your heads so far up your entitled asses—
Doc: Sarah-Jane.
SJ: Sorry. It’s just—you’re completely oblivious to the struggles of anyone outside your little social group.
Jared: Whatever, SJ.
SJ: I’m serious. What about the economic disparities? What about the fact that proportionally speaking, there are more people of color living in poverty than white people? Have you even thought about that?
Jared: Dude, Manny drives a Range Rover.
Manny: What does that have to do with anything?
Jared: No beef, dude. I’m just saying your folks make way more money than mine.
Manny: Okay. They worked really hard to get to where they are, so—
Jared: I’m not saying they didn’t, dude. You just proved my point. Black people have the same opportunities as white people in this country if they’re willing to work hard enough. Manny’s parents are a perfect example.
SJ: Seriously? You really think one example proves things are equal? What about Justyce? His mom works sixty hours a week, but she doesn’t make a tenth of what your dad ma—
Justyce: S, chill with that, man.
SJ: Sorry, Jus. What I’m saying is Manny’s parents are an exception. Have you not noticed there are only eight black kids in our whole school?
Jared: Well, maybe if more people were like Manny’s parents, that wouldn’t be the case.
Justyce: [Takes another deep breath.]
SJ: Ah, okay . . . so you’re saying people just need to pull themselves up by their bootstraps?
Jared: Exactly.
SJ: In order to do that, they have to be able to afford boots.
Manny: Dang. Point for SJ.
Jared: Whatever. There are people on welfare strutting around in Air Jordans, so there’s obviously some footwear money coming from somewhere. And don’t get all high and mighty, SJ. Your ancestors owned slaves just like mine did.
SJ: Wrong, numbnuts—
Doc: Ms. Friedman . . .
SJ: Sorry, Doc. As I was saying, my great-grandparents immigrated to this country from Poland after narrowly escaping Chelmno.
Jared: What?
SJ: It was a Nazi death camp. And you just proved my point again. You’d spew a lot less asininity if you were willing to see beyond the eighteenth hole of your country club golf course.
Doc: Reel it in, SJ.
Jared: Just so you know, Manny’s parents have been members of our country club longer than we have.
Manny: Bro!
Jared: Just sayin’, dude.
SJ: God. This country is headed to hell in a handbasket with people like you at the helm, Jared.
Justyce: [Chuckles.]
Jared: Anyway, to those unfamiliar with the US Constitution, thanks to the Fourteenth Amendment, every person in this country has the right to life, liberty, and the pursuit of happiness—
SJ: Bullshit.
Doc: SJ!
SJ: It’s true!
Justyce: You need to chill, S.
SJ: Are you serious?
Justyce: Yeah, I am.
SJ: You of all people know I’m right, Jus—
Justyce: Leave me outta this. 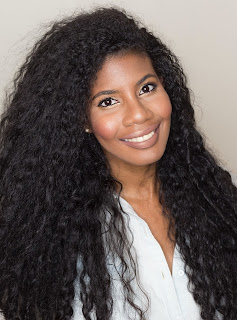 Nic Stone was born and raised in a suburb of Atlanta, GA, and the only thing she loves more than an adventure is a good story about one. After graduating from Spelman College, she worked extensively in teen mentoring and lived in Israel for a few years before returning to the US to write full-time. Growing up with a wide range of cultures, religions, and backgrounds, Stone strives to bring these diverse voices and stories to her work.