Known as the Ice Queen of the peloton, pro cyclist Loren Mackenzie rarely shows emotion in the heat of competition; she leads her team with quiet strength and determination. But her successes have not come without suffering, and her tragic past is hidden inside tarnished armor.

While out on a training ride with her cycling team near Enfield, England, a chance meeting quickly develops into an unexpected whirlwind romance. But a relationship with an A-list celebrity brings with it the microscope of tabloid-media attention, which expose jealousy and rivalry that threaten to undermine Loren’s leadership of her team.

The new romance also reveals a dangerous obsession, culminating in a terrifying confrontation with someone from Loren’s past. Her injuries not only put her chances at the World Championship in jeopardy but also bring forth memories of a life she had long buried – for good reason.

Can Loren open her heart to the love she has held at a distance, or will her fear ultimately defeat her?

The follow up novel in the Wheeler series is coming soon.


1.         What does your writing process look like? Do you know the whole story when you start, or do you just start writing and go with it?

I’m a total by the seat of my pants kind of writer; very character driven. I had no clue what I was doing - I still don’t, but I had an idea of where the story was headed, until it changed halfway through and spawned two books.

I’ve been writing off and on for a majority of my life, little stories here and there but nothing ever stuck, until this story exploded in my brain. Cycling is a big part of my life; it’s my stress relief and how I keep fit. The proverbial ‘they’ tell you to ‘write what you know and that I should write the kind of story I wanted to read. So I did.

First and foremost, hire an editor. Great freelance editors who don’t cost an arm and a leg are out there, it just takes time to find them. Do this favor for yourself and spend the money. In the long run, it will be worth it because you won’t have put crap out there. That is my Number One regret.

Authors/books/genres: While I write romance/women’s fiction, I read sci-fi, fantasy and suspense/mysteries. Some of my favorite authors are Dan Brown, Orson Scott Card, Mercedes Lackey, Rick Riordan and of course, JK Rowling.

Movies/TV Shows:  I don’t watch TV too much but when I do, it’s usually on-demand. I gravitate toward action movies, but not too many chick-flicks. LOTR, the Hobbit, anything Marvel, the Wonder Woman movie was awesome. Star Trek, Star Wars, Firefly, all that good stuff. The latest binge has been Kevin Probably Saves the World.

Music: My tastes are eclectic, from post-rock instrumentals to 80’s pop.

Food/Writing snack: I eat far too much of Oreos and Good & Plenty candies. 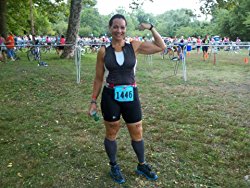 Sara was born in the wee hours of a November night in New York City. When her family moved to a small borough in northwestern New Jersey, she had little choice but to move as well. Self-sufficiency is a tough thing for a toddler.
The dichotomy of being the middle child of three, but the only girl, was difficult, as typically no one really pays attention to a middle child. Mostly, Sara spent her time creating fanciful stories in her head when she should have been focused on other things, an issue that continues to this day.
Most of these stories have never been shared, let alone completed. This all changed in the spring of 2015, when Sara was encouraged by a friend to expand upon a short story she had accidentally emailed to him. The result is 'Wheeler’, a romantic, women's fiction/sport novel, which combines the author's romantic inclinations and her passion for cycling.
Sara currently resides in the suburbs of Philadelphia, PA, with her loving husband and their son. She is a paralegal for a boutique law firm in Chester County, Pa, an avid road cyclist and indoor cycling instructor at a national chain.
Follow the author’s blog at sarabutlerzalesky.wordpress.com or on Twitter @sarazalesky. She does a little dance every time someone ‘follows’ her on Twitter. Really.