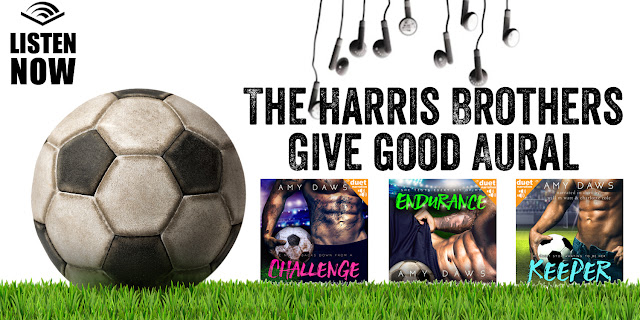 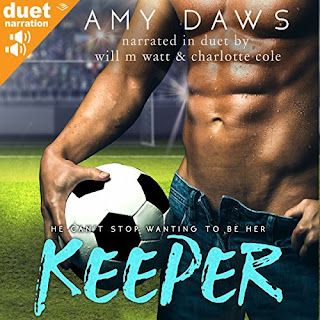 They were best friends until they became roommates.
Booker Harris has spent the last several years pushing himself to become the best goalkeeper in the Championship League. Tired of living in the shadows of his headline-splashing brothers, he has finally carved a path of his own.
As a child, Poppy McAdams was content in her own little make-believe world, until the boy next door with dimples and pained eyes came barreling into her makeshift fort demanding all her attention.
Best friends for most of their lives, everything changes when Poppy abruptly leaves London for University.
Now she is back, and gone is the awkward girl from Booker’s youth. She has been replaced by a stunning woman with secrets. Secrets that Booker is desperate to know.
Sharing a bedroom wall with your best friend from childhood quickly turns to anything but sweet and innocent.


My Review:
While I read the books that helped me discover this author on my e-reader, I have been lucky enough to listen to all three of the stories in the Harris Brothers series on audio.  And I can't imagine anything better.  First of all, the narrators on these books are perfect.  (I'm hearing that word said in my head with a British accent as I write this, because I just love the way the female narrator, Charlotte Cole, says it!)  As usual the author brings all the feels with her story.  There's laughing - lots of it, there's sexy times - very steamy ones, and in this one there were tears - heartbreaking ones as well as happy ones.  You have to love Booker, I mean, he is "Baby Booker", the baby of the family that we've been getting bits and pieces of throughout the series.  And Poppy, you have to love her. She is so much fun!  And I loved that her narrator did the whole singing at the end of sentences and all the fun things that were written as part of her character, it really made her come alive.  It was great to have Poppy meet Belle and Indie, and I knew from the beginning of the story that the three of them should be good friends!  There was a point when I was a little upset with Vi, and normally I adore her!  I loved the glimpses we got of Gareth, and I am so stoked for his future story.  I have to say that the big obstacle at the end of the book, I didn't guess it would come, because it seems like in a way it has happened in the family, so surely not again, right?  But the fact that it does happen makes for closer connections between Poppy and the family in the end.  There were times I wanted to strangle Booker, for being so obtuse, I won't say what, you need to read/listen and find out!

Now, let's talk about the male narrator, Will M. Watt.  You guys, I LOVE his voice!  As soon as the audio started and he started talking, I was sucked right in.  His voice is just so perfect! (Ha ha!  There it is again!  I've tried saying it like they do, I don't do it right.)  As I mentioned in the reviews for the first two books, Challenge and Endurance, for some reason his voice makes me picture the Weasley twins from the Harry Potter movies, and I thought they were cute!  Anyway, Will does the character perfectly.  He makes me cry when Booker is being a boy and saying how he can only love his family, he can't or isn't able to love anyone that isn't family. And when he's being cocky or sexy, yeah, it's a turn on to listen to him.  I kinda want to go find all the other audiobooks he's done and listen to them.  Call me crazy.

One other thing I love about these audiobooks is that they are done in what is called a duet narration.  Meaning that even during Poppy's parts, Booker's voice is done by Will, as well as the other male voices.  And when it is Booker, Charlotte is doing Poppy's voice, or the other women, like Booker's sister Vi.

In other words, this was "Per-fect".
And since the Audio Release Blitz Giveaway is till going, and it's such an awesome giveaway, I'm including it at the end of this post. 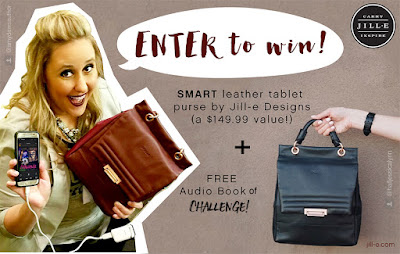 In celebration of the release of Keeper on audiobook, Amy Daws has teamed up with Jill-E Designs to giveaway an incredible smart purse! Enter the giveaway here for your chance to win the purse or an audiobook of Challenge!