NOAH
As a goalkeeper, I am trained to catch the ball, not a spirited bombshell called Sophie.
~ ~
This year is about righting the wrong Papa did to Maman.
It’s also about proving my worth to Coach and helping my team win gold at the French Water Polo Championship.
With an unruly mutt for company and a part-time gig to pay rent, I’m one hundred percent focused on my objectives.
That is, until I catch an intruder poking around my kitchen.
Sophie Bander turns my world upside down.
My new landlord’s daughter isn’t just the hottest woman alive—she’s the stuff of dreams, the object of my deepest, wildest fantasies. But no matter. Nothing—not even Sophie—can make me abandon my goals.
Except… I want her to distraction.
And that’s the understatement of the century.

SOPHIE
As a realtor, my job is to let properties to tenants, not let one into my heart.
~ ~
This year is about proving to Dad I can be a first-class realtor and a worthy associate.
That’s why I’m in Paris, learning the ropes at a large agency. When I’m done, I’ll go back to Key West, join the family business, and then marry the man of Dad’s dreams.
I don’t need to be attracted to the guy—I’m incapable of sexual attraction, anyway.
That is, until a hunk of a tenant mistakes me for a thief and presses me against the wall in his kitchen.
Noah Masson turns my life into a mess.
He makes me blush and laugh, and fantasize about him all the damn time. He awakens my body. And yet, not even dreamboat Noah can get me sidetracked from my goals.
Or can he? 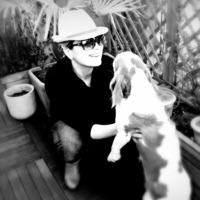 Alix Nichols is a caffeine addict and a longtime fan of Mr. Darcy, especially in his Colin Firth incarnation. She is a bestselling author of romantic comedies set in Paris.


At the age of six, she released her first rom com. It featured highly creative spelling on a dozen pages stitched together and bound in velvet paper.
Decades later, she still loves the romance genre. Her spelling has improved (somewhat), and her books have made Amazon Top 100 lists, climbing as high as #1. She lives in France with her family and their almost-human dog.