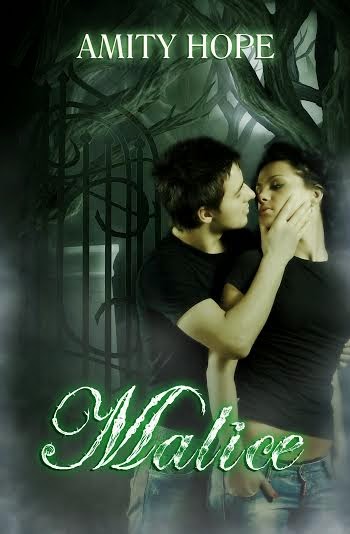 Samara Cavanaugh has grown up in a world filled with magic users. She’s used to bizarre and peculiar. But when a stranger checks in at The Bella Luna, the bed and breakfast her family owns, the strange occurrences in Granite Falls escalate.

Many people are leery of Levi, their new guest. He claims to be in town doing research but Samara’s friends aren’t so sure that his claim is as innocuous as it appears to be. When two of her classmates disappear, her friends seem convinced Levi had a hand in it.
Those closest to her have been keeping secrets from her. Those secrets put everyone close to her in danger.
Suddenly, her unrequited crush on her best friend, Tristan becomes the least of her troubles.

Amity lives in beautiful northern Minnesota with her two sons, two cats and their Rottweiler. She has a degree in elementary education and worked in that field for ten years before deciding to self-publish. Her first self-published novel, Twisted, was listed by Amazon as a Top 100 Kids & Teens Kindle Book of 2012. If she’s not writing, or spending time with her boys, she’s most likely reading.
Facebook