Cover Reveal: Between the Shadow and the Soul by Susanne Winnacker

I'm very excited to be a part of the cover reveal for a new book by Susanne Winnacker. 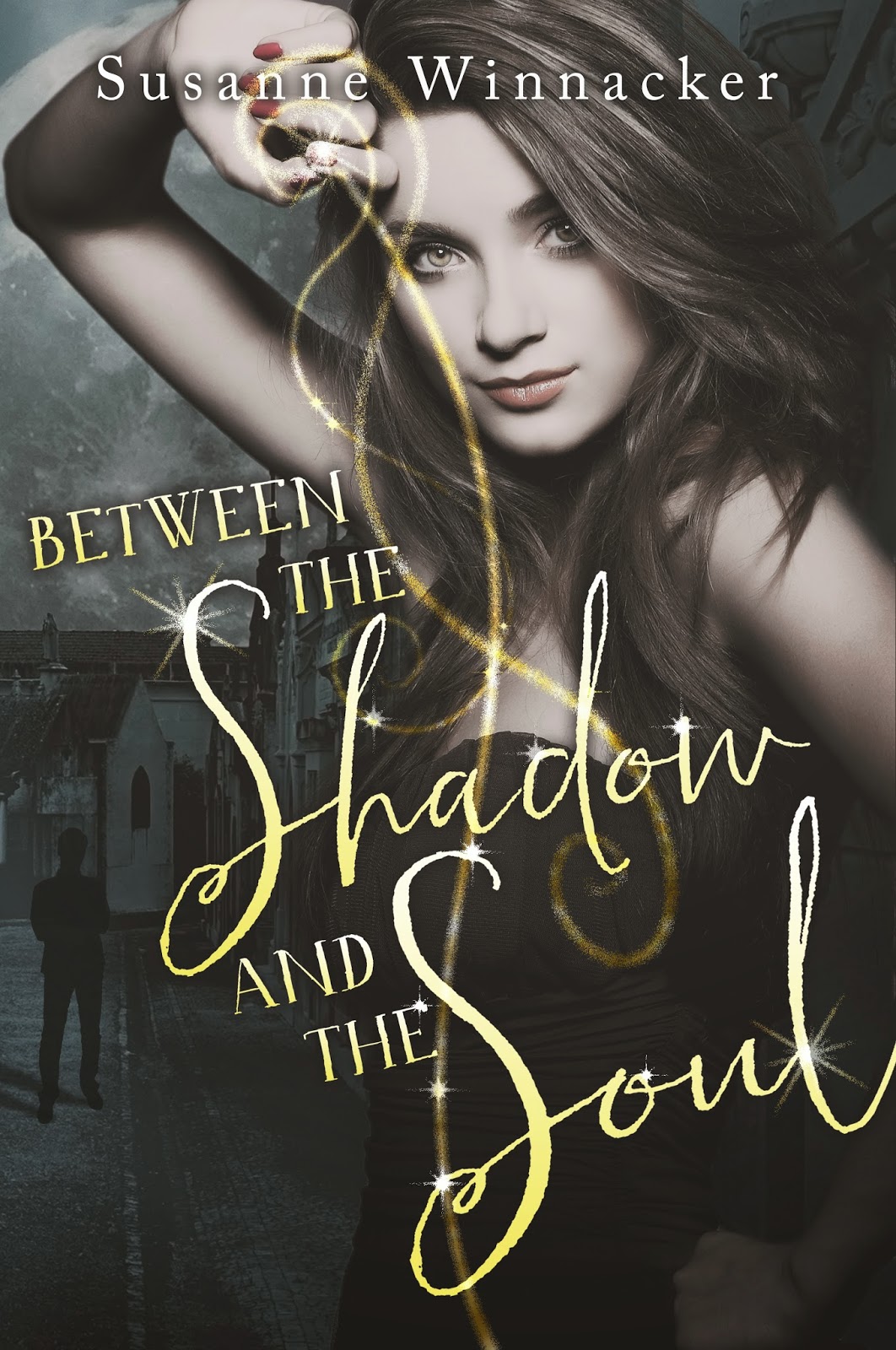 Synopsis from Goodreads:
21st Century Cologne
On the day of her sixteenth birthday Nela receives her Binding – a tattoo that’ll punish even the thought of magic with burning pain. In a world where the Brotherhood still burns witches at the stake, Nela has learned to fear her magical powers. But her powers are growing and refuse to be ignored. When Nela meets Darko, he shows her a hidden world of magic she can’t resist.

Darko hates the Brotherhood with blind fervor for destroying his life. Except for revenge, there’s only one thing that keeps him going: the wish to bring his dead sister back to life. The only way to gain the necessary power is by summoning a demon with the help of a Necromancer and absorbing its demonic power. When his Master tells Darko that Nela is what they need for the ritual, Darko doesn’t hesitate to gain her trust. A trust he’ll have to betray.

As Nela meets witches in the underground bars of Cologne and celebrates Walpurgisnight with magical folk from all over the world, she realizes that she doesn’t want to bow to the Brotherhood’s rules anymore. She wants to be free to live as a witch. Defying the Brotherhood could mean death by fire, but as Nela is pulled deeper into Darko’s world, she realizes that his darkness might be the true danger. 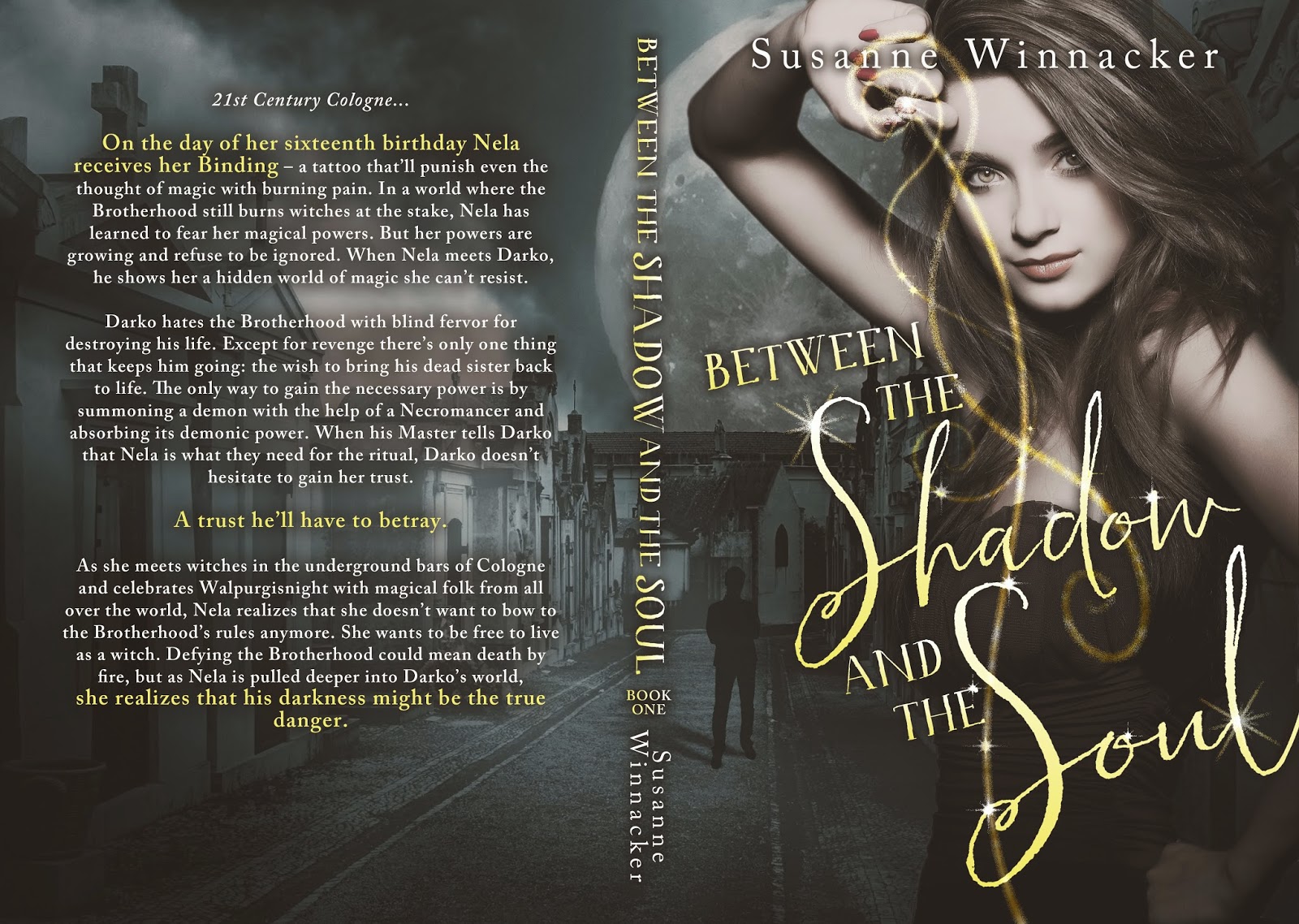 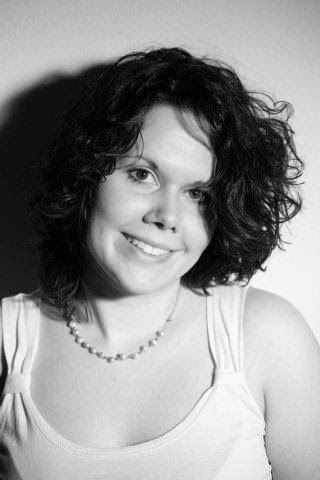 Susanne Winnacker studied law before she became a full-time writer. She lives with her husband, a dog and three bunnies in Germany. She loves coffee (in every shape and form), traveling and animals.
When she isn't writing, you can usually find her in the kitchen, experimenting with new vegan dishes.
Her YA thriller IMPOSTOR was published on May 28, 2013. It has been optioned for TV by Warner Brothers!
You can contact her with questions at: books@susannewinnacker.com
Official Facebook page: https://www.facebook.com/SusanneWinnackerAuthor
Twitter:  @Susannewrites
Blog:  http://www.susannewritesfiction.blogspot.com/

Email ThisBlogThis!Share to TwitterShare to FacebookShare to Pinterest
Labels: Between the Shadow and the Soul, cover reveal, giveaway, Susanne Winnacker