So, while I did go ahead and post my reviews of the first two books in this series on retailers as I read them, I wanted to do one big post on my blog of all three together. So that's what this one is!  All of these are Sports romances, we have hockey players for our leading men.  And while the first one is YA, I'd call the 2nd two more NA.  Also, I received all three of these from InkSlinger PR for reviews, which did not influence my opinion in any way. 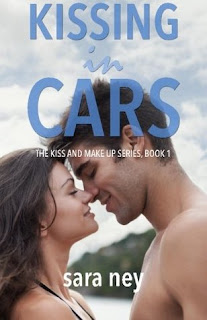 So this one was really pretty close to a YA, whereas I'd call the other two in the series New Adult.   I know a lot of people will probably complain about how this is written, but honestly it flows a lot like how I think. And to me, it sounded perfectly like the way I'd imagine a teenager thinks, or the way at least I thought as a teenager. So much about it cracked me up. I was laughing out loud sitting in public. There were a few things that were predictable, another thing people might have issues with. Personally though, I found that those really were done almost tongue-in-cheek, or they felt like they were done that way. Reminds me of how the scary things happened in the Scream movie franchise. Then there is the part where Weston does basically the same exact thing by telling people Molly is not his girlfriend, loudly, adamantly. She'd already told him once about doing something like that, not just told him, but gotten really mad at him about it. So for him to do it again, I basically called him a dumbass. He'd fit well into the future douchebag series. And as I am reading book 2 in the series right now, Weston is keeping up with that, although loving his girl now.In a way this reminded me of my own writing. At least how I think I write, others who read my writing may not agree. But it gave me hope to keep writing, because I love this author, and so if I do, and I know others do, maybe I can do something with my writing as well.

Now, I think the cover above is the newest, but I like the one below better. 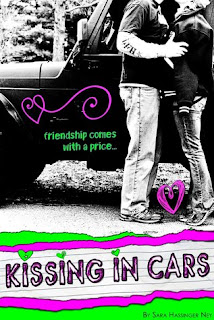 Will she, or won't she... Studious and (mostly) sensible, the only thing Molly Wakefield wants to do is get through Senior Year and graduate. Well, that and hit the beach in her spare time. Okay, fine - and go shopping every once in a while for a new dress... (and who could blame her?) And things are going according to plan - until the day she spies Weston McGrath, handsome star athlete and scholar, spying on her in study hall. A tad creepy? Maybe. Thrilling? Absolutely. You see, Weston McGrath happens to be one guy no one can get close to. Despite her best efforts to avoid it (because let's face it - the guy isn't exactly "boyfriend material") Mollly and Weston form a friendship. And more.... Sort of. But it's a friendship that comes with a price - because Weston just cannot seem to stop screwing things up. Or saying all the wrong things. Possibly in that order... And who has time for an 18 year old "fixer-upper" that should know better? Not Molly. Or does she?

He Kissed Me First: 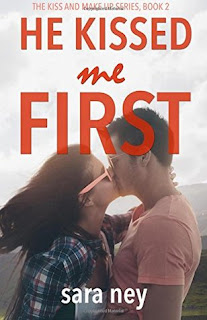 Book 2 was really funny because I already knew Molly and Weston, and I have to say that I adored Weston in this one. While he was definitely pretty much whipped/in love, whatever you want to call it, he was still an annoying boy. I laughed so hard out loud so many times during this book! Matthew was definitely fitting of the douchebag title that Ney's other series uses to describe its leading men. You'd start to think he was coming over to be a good guy, then out would pop the jerk again. There were definitely times I wanted to shake Cece a little, but that seems to happen a lot in romance books, so that's nothing bad. This one was definitely a lot different from the first book, in that was set in a high school, and this one is two people almost past what I'd consider even new adult, more just adult. But with the college aspect it could stay as a new adult level. And the amount of steam in it was definitely on the lower range, or should I say there just was less of it? Weston and Matthew's friendship also cracked me up. I love how they interacted. The date that Matthew took Cece on to the hockey game and the players that came up and harassed him about it were cute. Definitely a page turner that I couldn't seem to stop reading! On to book 3!  (Oh yeah, same thing, I like both covers, kind of the original below better though!) 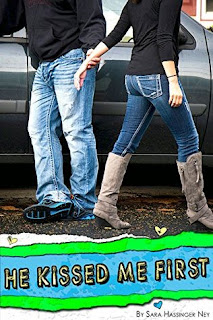 "Trust me - If there's one thing I'm not attracted to, it's an arrogant, selfish and foul-mouth hockey player. I know what I want, and Matthew Wakefield isn't it." - Cecelia Carter From the first moment they laid eyes on each other, all Cecelia Carter and Matthew Wakefield do is bicker. Fight. Even though he is her roommates brother, Cece just can't stand the sight of him, and Matthew - well. He could never resist a challenge... That can't be a good combination, can it? But sometimes, love happens when you least expect it. This book is intended for those 17 and older - If you're offended by "F" bombs, sarcasm, sexual situations and Alpha Male jackasses - this book is not for you... 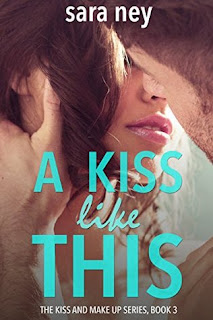 All three of these stories were really good.  This book actually made me think that maybe I should give shy guys a little more of a chance. But the awkwardness that the two faced in this book is so much what I dread and have dealt with in my own life as a shy person on a date with a shy guy.  Unfortunately the shy guys I went out with were not hot hockey players like Caleb is.  So many times as I read this though, I could feel the awkwardness coming off the page, and it felt like a chapter of my own life in that way.  For me that made it so perfect and not necessarily easy to read, but easy in that I was extremely familiar in the way those things go.  Now, I knew that the whole ring thing was going to come back and bite Caleb in the end. But I also feel that Abby definitely overreacted about that whole situation.  As you may know from my other reviews though, that is something that I realize is often a standard part of a romance novel, to add that last bit of drama needed.  So no matter how frustrating it is for me, I can get over it when I love the rest of the story so much, and realize it is for that very purpose.

Something I love about series like these is getting those supporting characters into main character roles in future books, and then it makes me want to go back and read the earlier books, knowing what I know now about them.  Of course their bits and pieces from the earlier stories help to make their own books more humorous at time as you remember what they'd done in the past.

I have to admit that when I first discovered this author with the 3rd book in her How to Date a Douchebag series, I just assumed that there would be a ton of her past stories to go back and read once I fell in love with her writing.  There wasn't a ton out there, so having these suggested and maybe re-released or re-publicized was great for me, as I wait for more books to come!  Sara Ney is definitely an auto-buy/read author for me!  I do have to say though, unlike the first two books in the series, there isn't an "original" cover for me to share with you.  Just the one you see above.  Although there is this one below as well.  Not sure which is the most accurate one, although I might like the one below best. 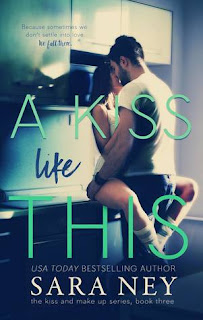 ABIGAIL DARLINGTON IS AWKWARD… She will never be “that” girl. You know the one: that girl on campus, confident in her own skin. Always saying the right things. Putting herself out there. Knows how to talk to a guy without stammering. Nope. Shy but clever, and easily embarrassed, Abby is fine being the wallflower in her circle of outgoing, beautiful friends; she would rather read about a sexy book boyfriend than actually have a live, breathing one. …BUT CALEB LOCKHART IS WORSE. Star goaltender for the University’s hockey team, Caleb is quiet and broody, preferring the solitude of his orderly, regimented life. He doesn’t like, or need people—and plans to keep it that way. One more year left of hockey and he’ll be long gone. AWKWARD NEVER LOOKED SO GOOD. Both their lives change the day that Abigail falls for Caleb. Well, falls directly on top of him, to be accurate. Because sometimes we don’t settle into love. We fall there. WARNING: This book contains cursing, and LOTS of it. It also has sex, uncomfortable sexual situations, and secondary characters who say some really inappropriate shit. RATING: R 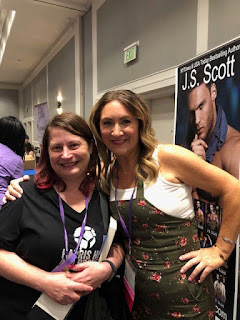 Had to wrap up this post with a picture of me and the author from Book Boonanza 2018!