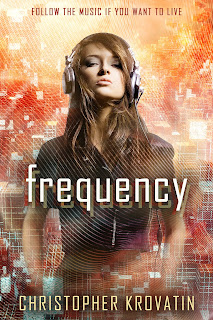 
Five years ago, Fiona was just a kid. But everything changed the night the Pit Viper came to town. Sure, he rid the quiet, idyllic suburb of Hamm of its darkest problems. But Fiona witnessed something much, much worse from Hamm’s adults when they drove him away.

And now, the Pit Viper is back.

Fiona’s not just a kid anymore. She can handle the darkness she sees in the Pit Viper, a DJ whose wicked tattoos, quiet anger, and hypnotic music seem to speak to every teen in town…except her. She can handle watching as each of her friends seems to be overcome, nearly possessed by the music. She can even handle her unnerving suspicion that the DJ is hell-bent on revenge.

But she’s not sure she can handle falling in love with him.