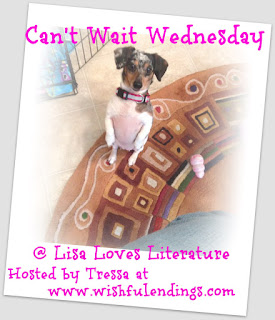 Can't-Wait Wednesday is a weekly meme hosted by Tressa at Wishful Endings to spotlight and talk about the books we're excited about that we have yet to read. Generally they're books that have yet to be released. It's based on Waiting on Wednesday, hosted by the fabulous Jill at Breaking the Spine.  Wow, I hadn't done one of these since last April until last week, and now you're getting two in a row!  I've got another publisher request from Disney-Hyperion for sharing a new book, which comes out November 6th.   Check it out! 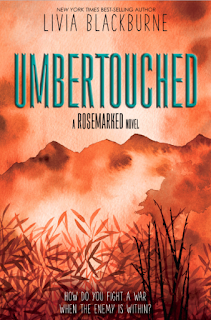 UMBERTOUCHED delves into the complex emotions and heart-stopping action of
Zivah and Dineas’ fight to break free from the Empire.
The mission was a failure. Even though Zivah and Dineas discovered a secret that could bring down the empire, their information is useless without proof.  Now, with their cover blown and their quest abandoned, their only remaining hope is to get home before Ampara brings the full might of its armies against their peoples.
Time is running out for all of them, but especially Zivah, whose plague symptoms surface once again. Now, she must decide how she’ll define the life she has left. Together, healer and warrior must find the courage to save their people, expose the truth, and face the devastating consequences headed their way.

PRAISE FOR LIVIA BLACKBURNE
“A must read for fans of An Ember in the Ashes.”
—Justine Magazine on Rosemarked
“Blackburne’s fast-paced fantasy will please fans of Leigh Bardugo and Tamora Pierce.”
—School Library Journal on Midnight Thief
“Put this in the hands of fans of Suzanne Collins and Veronica Roth.”
—VOYA on Midnight Thief

ABOUT THE AUTHOR
New York Times best-selling author LIVIA BLACKBURNE wrote her first novel while researching the neuroscience of reading at the Massachusetts Institute of Technology. Since then, she’s switched to full time writing, which also involves getting into people’s heads but without the help of a three tesla MRI scanner. She is also the author of Midnight Thief (an Indies Introduce New Voices selection), Daughter of Dusk, and Rosemarked, the companion to this book. Follow her online at liviablackburne.com, on Twitter @lkblackburne, and on Instagram @lkblackburne.

So, have you read this author, or the companion book to this one, Rosemarked?  Does this sound like one you'd like to dive into?  What book are you looking forward to this week?
Posted by Lisa Mandina at 7:00 AM