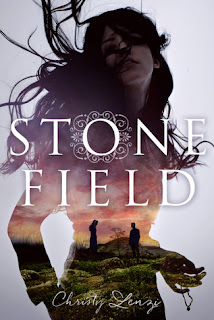 First, thanks to Macmillan Children's Publishing Group and Netgalley for allowing me to read an egalley of this book.  I was first intrigued by it because it was set in the state of Missouri, where I live.  Second it takes place during the Civil War, a time period that I always find fascinating to read about.  There was only one thing that made me a bit hesitant, the comparison to Wuthering Heights.  However I don't know why that would be a problem, just because I don't like that book, so many other more recent books seem to be kind of based on it that I do like.  I have to say it was a very original story, and I really got into it.

The main character is Catrina. She lives with her father and older brother on a farm.  Catrina is a tomboy basically, she prefers to wear boy's clothing, pants and such.  She wants to be out in the woods creating her wild things, basically art.  Her father is not quite the same since their mother's death.  And her older brother has become very religious and seems to want to be in charge of the family, including determining what Catrina should do with her life.  And he feels she needs to begin acting like a lady and find a husband.  One day when Catrina is out in one of her favorite spots, she notices a pattern has been made in their crops.  And then she sees the person that must have done it.  A boy about her age, who is naked.  She goes to help him and bring him back to her house with her father's help.  But there is something about the boy that draws her to him, like a very strong magnet.  The two of them even seem to be able to hear each other speak in their minds.

The boy can't seem to remember anything about his life or who he is.  So Catrina names him Stonefield.  Now he was found while her brother was out of town.  And when he gets back, well he is vehement that it is inappropriate for Catrina to be alone with Stonefield.  Not only inappropriate, but the color of Stonefield's skin leads everyone to believe he is either a Native American, or  Mexican, neither of which will be accepted by the people in their town.  Along this same time, a new preacher has come to town.  And he takes a liking to Catrina, saying that he can help her family rid her of whatever has possessed her to become so wild and unladylike.

And during all of this, the state of Missouri is dealing with whether they will be a slave state or not. The people are deciding whether they will be siding with the North or the South.  And Catrina's brother will have to make a decision whether he should join the army, and which side.

I really enjoyed the historical bits in the story.  While I knew a lot about Missouri's history in the Civil War, I still learned a few things from this story.  I like reading about history put on a personal level with a story like this.  And I really felt for Catrina and Stonefield, and it was a really good story.  While there wasn't much of a way for everything for everyone to work out, it was still something I had to know what would happen next and who, if anyone, would end up with a happy ending.

Definitely a book I'll recommend for historical fiction during the Civil War, a good read, more than just the history, a great story as well.
Posted by Lisa Mandina at 3:30 PM