Review and Giveaway: A Drop of Night by Stefan Bachmann 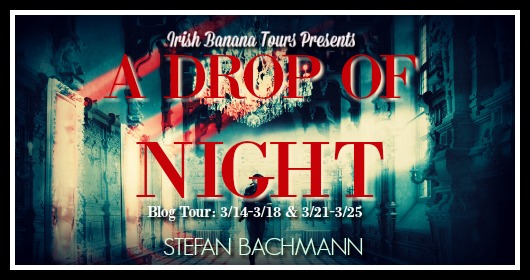 ABOUT A DROP OF NIGHT:

Seventeen-year-old Anouk has finally caught the break she’s been looking for—she's been selected out of hundreds of other candidates to fly to France and help with the excavation of a vast, underground palace buried a hundred feet below the suburbs of Paris. Built in the 1780's to hide an aristocratic family and a mad duke during the French Revolution, the palace has lain hidden and forgotten ever since. Anouk, along with several other gifted teenagers, will be the first to set foot in it in over two centuries.

Or so she thought.

But nothing is as it seems, and the teens soon find themselves embroiled in a game far more sinister, and dangerous, than they could possibly have imagined. An evil spanning centuries is waiting for them in the depths. . .

A genre-bending thriller from Stefan Bachmann for fans of The Maze Runner and Joss Whedon’s The Cabin in the Woods.

You cannot escape the palace.

You cannot guess its secrets. 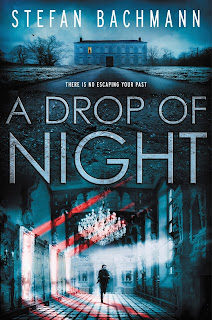 The premise to this book was pretty good.  I liked the historical aspect a lot.  There were a lot of really scary parts that happen when the kids get trapped in the underground palace.  Some of the scenes were written in such a way that I could totally see a movie from those parts.  What I mean is that those parts were really intense and exciting.  However the book started a little slow.  At times I had a hard time liking the main character very much, even with the reasons that were given for why she behaved that way.  While it is usually good to keep the suspense and not giveaway what the real story is at the beginning, I believe that this story didn't really give us what exactly was happening.  The ending did give us an explanation for all of the crazy stuff going on, I just felt I needed more explanation for what happened.  It did all fit together, it just was kind of too quick for me.  I'd have loved maybe some more flashbacks to the times in between when the original family went down to the underground palace and the current day situation with our main characters.  There are a lot of good parts to the story, and for many people what happens will be plenty.  I definitely recommend the French history aspects, as they are a unique part of how the story goes.  The descriptions of the palace and all of the danger below are very vivid and definitely set up the scenes, and are part of what made it seem like it could be a movie! 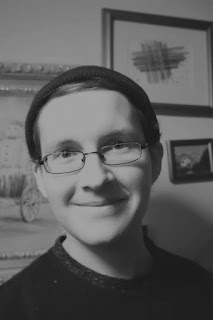 Stefan Bachmann was born in Colorado and spent of most of his childhood in Switzerland, where he's now a student of music at the Zürich University of Arts.

His debut, gothic-faery-fantasy THE PECULIAR, was a New York Times Editor's Choice and a Publishers Weekly Best Book of 2012, and was translated into eight languages. Its companion, THE WHATNOT, was released on September 24th, 2013.

THE CABINET OF CURIOSITIES: 36 TALES BRIEF AND SINISTER, a collection of scary stories he wrote together with authors Emma Trevayne, Claire Legrand and Katherine Catmull, was released May 27th, 2014, from Greenwillow/HarperCollins.

His next book, YA thriller A DROP OF NIGHT, about a group of American teens fighting to survive after they become trapped in an underground Versailles, will be out March 15th, 2016, also from Greenwillow/HarperCollins.

Giveaway:
a Rafflecopter giveaway
Posted by Lisa Mandina at 6:30 AM