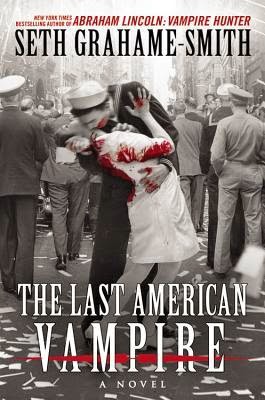 First of course I have to thank Netgalley and Grand Central Publishing for allowing me to read an e-galley of this.  I'd actually hoped to get an ARC last summer at BEA.  I did get to meet the author, but he was just signing the first book, Abraham Lincoln-Vampire Hunter.  I'll admit I didn't read the first book, even though it was sitting on my shelf since before the movie came out.  I did see the movie though, and loved it.  So of course I know there were things left out from the book in the movie.  But it was still enough to help me read this book.  I did enjoy the book. There were some predictable things, but it was still a fun read.  With all the different historical figure cameos, it reminded me a bit of Forrest Gump.  The main character, Henry, just happened to be at all these big events, and somehow have a hand in them.  Again, I'm not complaining, just pointing out what it reminded me of.

Henry Sturges is the man, scratch that, vampire, that helped turn Abraham Lincoln into a vampire hunter.  He is the main character, or "The Last American Vampire," although he's not really the last one, at least not where the story ends.  But the book is pretty much about his life.  It starts off with memories of Lincoln's last days.  And how hard it was for Henry to let go of Abe.  And then we pretty much jump back to a quick bit about his life before he became a vampire.  Henry was one of the people in the Roanoke Colony.  He only survived because the vampire who slaughtered all the other settlers saw something that he thought was unique and worthy in Henry, and so turned him instead.  There are many flashes back to the times right after that throughout the more modern stories.  There are visits back to London during the times of Jack the Ripper.  Guess what, he was a vampire.  Then we get the story of Anastasia, again vampires involved.  For the most part we jump over the Civil War since that was the main part of the first book.  But Henry helps out the government of the United States, working for several of the presidents of the United States.  It's fun to get a look at him with both Roosevelts, JFK, and with others like J. Edgar Hoover.  There's an attempt on Hitler's life.  Henry gets to be friends with other famous people like Nikola Tesla and Mark Twain.  Of course there are some famous people that are vampires, Howard Hughes for instance.  All of it is woven into a very fun story.

In the end it is kind of left open.  Not sure how they could go much further into the future, as it ends shortly after September 11th, 2001 I think.  But I'm sure there could be other stories from the past to share.  Another fun read from this author, who I have read Pride and Prejudice and Zombies which is by him as well.  And to finish the review off, here is a picture of me with the author last June at BEA in NYC. 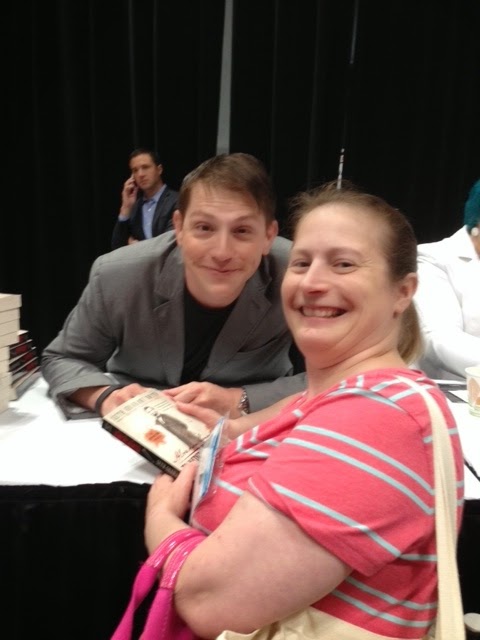