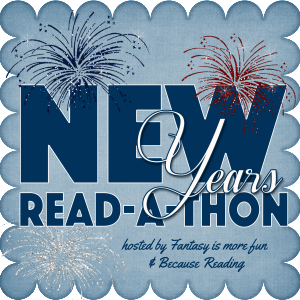 Well, let's just say that I didn't do as great as I would have liked.  I only got two e-books read, and they weren't ones that I'd listed in my  initial post.  However, I did actually attempt to read two of the books on the list.  One, Ixeos, I only got about 10% into before I gave up.  I just couldn't get into it, the characters didn't really grab me and neither did anything else about it.  The 2nd one I got 50% through, Alpha Girl, and it was better.  I could probably have finished it, other than I just had an issue with the main character and her love interest.  I  know it's fiction, I mean obviously, the main character is a werewolf, but I have a problem with her getting romantically involved with her teacher at her high school.  While she's still in high school.  Now, maybe by the end of the book it turned out like you would think that kind of relationship would, but I just couldn't keep reading on.  I don't have a problem with older men, but I do have a problem with someone who is a teacher doing that.  So, hey, to each his own, there are lots of good reviews for both books.  They just aren't for me.  And while that kind of makes it a not successful ending to this read-a-thon, in a way it helped me clear some of those books off of my e-reader in a different way.