Back to joining up with the Waiting on Wednesday Posts, and the Can't Wait Wednesday posts hosted by Wishful Endings.  Only four books this week to share. 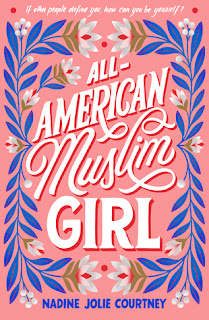 Allie Abraham has it all going for her—she's a straight-A student, with good friends and a close-knit family, and she's dating cute, popular, and sweet Wells Henderson. One problem: Wells's father is Jack Henderson, America's most famous conservative shock jock...and Allie hasn't told Wells that her family is Muslim. It's not like Allie's religion is a secret, exactly. It's just that her parents don't practice and raised her to keep her Islamic heritage to herself. But as Allie witnesses ever-growing Islamophobia in her small town and across the nation, she begins to embrace her faith—studying it, practicing it, and facing hatred and misunderstanding for it. Who is Allie, if she sheds the façade of the "perfect" all-American girl? What does it mean to be a "Good Muslim?" And can a Muslim girl in America ever truly fit in?

ALL-AMERICAN MUSLIM GIRL is a relevant, relatable story of being caught between two worlds, and the struggles and hard-won joys of finding your place. 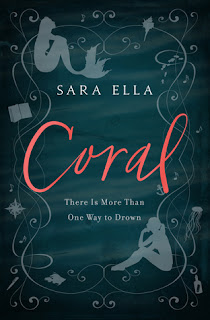 There is more than one way to drown.

Coral has always been different, standing out from her mermaid sisters in a society where blending in is key. Worse yet, she fears she has been afflicted with the dreaded Disease, said to be carried by humans—emotions. Can she face the darkness long enough to surface in the light?

Above the sea, Brooke has nothing left to give. Depression and anxiety have left her feeling isolated. Forgotten. The only thing she can rely on is the numbness she finds within the cool and comforting ocean waves. If only she weren’t stuck at Fathoms—a new group therapy home that promises a second chance at life. But what’s the point of living if her soul is destined to bleed?

Merrick may be San Francisco’s golden boy, but he wants nothing more than to escape his controlling father. When his younger sister’s suicide attempt sends Merrick to his breaking point, escape becomes the only option. If he can find their mom, everything will be made right again—right?

When their worlds collide, all three will do whatever it takes to survive, and Coral might even catch a prince in the process. But what—and who—must they leave behind for life to finally begin?

Taking a new twist on Hans Christian Andersen’s beloved—yet tragic—fairy tale, Coral explores mental health from multiple perspectives, questioning what it means to be human in a world where humanity often seems lost. 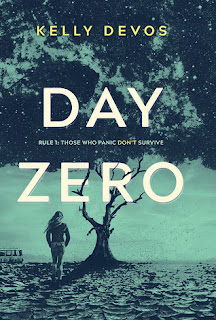 They compare it to Life As We Knew It, one of my all time favorite books, so there's that!

Don't miss the exhilarating new novel from the author of Fat Girl on a Plane , featuring a fierce, bold heroine who will fight for her family and do whatever it takes to survive. Fans of Susan Beth Pfeffer's Life As We Knew It series and Rick Yancey's The 5th Wave series will cheer for this fast-paced, near-future thrill ride.

If you're going through hell...keep going.

Seventeen-year-old coder Jinx Marshall grew up spending weekends drilling with her paranoid dad for a doomsday she’s sure will never come. She’s an expert on self-heating meal rations, Krav Maga and extracting water from a barrel cactus. Now that her parents are divorced, she’s ready to relax. Her big plans include making it to level 99 in her favorite MMORPG and spending the weekend with her new hunky stepbrother, Toby.

But all that disaster training comes in handy when an explosion traps her in a burning building. Stuck leading her headstrong stepsister, MacKenna, and her precocious little brother, Charles, to safety, Jinx gets them out alive only to discover the explosion is part of a pattern of violence erupting all over the country. Even worse, Jinx’s dad stands accused of triggering the chaos.

In a desperate attempt to evade paramilitary forces and vigilantes, Jinx and her siblings find Toby and make a break for Mexico. With seemingly the whole world working against them, they’ve got to get along and search for the truth about the attacks—and about each other. But if they can survive, will there be anything left worth surviving for? 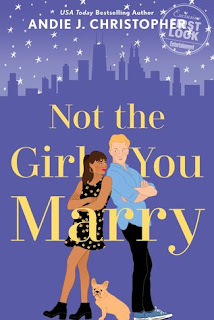 How To Lose a Guy in 10 Days gets a millennial makeover in this romantic comedy by USA Today bestselling author Andie J. Christopher.

Jack Nolan is a gentleman, a journalist, and unlucky in love. His viral success has pigeon-holed him as the how-to guy for a buzzy, internet media company instead of covering hard-hitting politics. Fed up with his fluffy articles and the app-based dating scene as well, he strikes a deal with his boss to write a final piece de resistance: How to Lose a Girl. Easier said than done when the girl he meets is Hannah Mayfield, and he's not sure he wants her to dump him.

Hannah is an extremely successful event planner who's focused on climbing the career ladder. Her firm is one of the most prestigious in the city, and she's determined to secure her next promotion. But Hannah has a bit of an image problem. She needs to show her boss that she has range, including planning dreaded, romantic weddings. Enter Jack. He’s the perfect man to date for a couple weeks to prove to her boss that she’s not scared of feelings.

Before Jack and Hannah know it, their fake relationship starts to feel all too real—and neither of them can stand to lose each other.


Final Thoughts:
The number of books this week is way down compared to the last few months.  Have you read any of these yet?  Are they on your TBR?  And hey, while you're here, you should go try to win some of my ARCs from Cleaning Up My TBR Post HERE.  The US only giveaway is open till Friday at midnight, there are even some 2019 ARCs that can be one of your two choices.