No Whisk, No Reward, an all new romantic comedy with twists and turns from Ellie Kay, is available now! 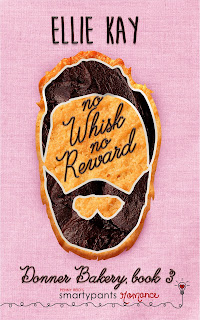 Publisher:  SmartyPants Romance
Source: E-galley from Social Butterfly PR which did not influence my opinion
My rating:  5 stars

How do you know if a risk is worth taking? If you knew, there wouldn’t be any risk.

Following a disastrous appearance on a televised baking show, Sophie Copeland is certain things can’t get any worse. Several calamities later, Sophie finds herself in Green Valley, Tennessee with no plan, no place to stay, and no prospects. But at least she has a temporary seasonal arrangement with the famed Donner Bakery. And that's something, right?

It's not permanent, and it's not a home, but it's still something.

Enter Joel Barnes, a Green Valley mystery, wrapped in rumors, and a whispered connection to the local notorious biker gang. Joel’s got a name for being bad news, but he also has an apartment for rent.

Intrigued by the dichotomy of Joel’s reputation and sexy southern pull, Sophie can’t help but be tempted, even though she knows—given her (bad) luck—she should stay far, far away. . .
Yet as everyone knows, without risk, there’s no reward.

'No Whisk, No Reward' is a full-length contemporary romantic comedy, can be read as a standalone, and is book#3 in the Donner Bakery series, Green Valley World, Penny Reid Book Universe. 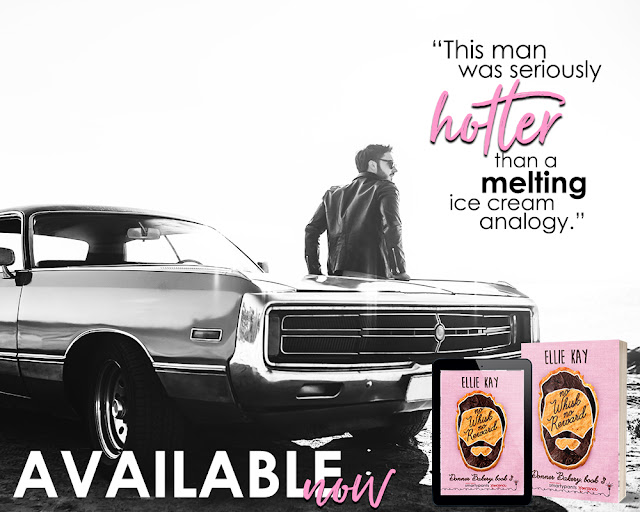 My Review:
Once again I have so much love for all the books in this series, and this one only served to cement that feeling.    Of course we began with a fun cameo with Cletus Winston, and even though I'd probably never think of him as my type in real life, I do adore him.  And what was neat was that we got a lot of Cletus in this book because it took place in the Donner Baker, hence the series name.  I really liked how the story related into the whole Winston brothers stories with Joel's auto shop.  I kind of got the hint that might be it as soon as I heard he had an auto shop and we kept seeing all the bikers riding around and popping up wherever Sophie seemed to be.

Another great thing as these series continue is getting to spend time with characters we met in the other books.  If you hadn't read their books, you are okay, you'll get to know and love them as side characters too.  Like Tempest from Stud Muffin, and even Joy who we know from those books and the originals I think.  Of course now, after Joy's little confession about who she's always had a crush on and still does, I hope that someone is writing her story!

Now, I was not at all a fan of the name that Sophie's friend had for the bakery she was opening.  Yeast Attraction, a play off of yeast infection.  It still makes me shudder to think about it.  It reminds me of a dental office near where I live called The Cutting Edge, and I don't like to think about sharp objects when I go to the dentist or them cutting into my gums, teeth, etc.  I also loved when Sophie turned down a diet soda because her reason was the same as one of mine, those things like aspartame are bad for you.

The love story was good, the cooking show story-line was fun as well.  The author also did a great job at pulling in one of my favorite types of Cletus lines when he invited Sophie and Joel over to try his sausage.  Lol.  A great story, from an author I'll look for more from in the future.

Excerpt
That’s when I saw Joel sitting alone in a booth by a large window, eating a sandwich, and reading a newspaper.

Oh. Hello, conflicted feelings. You’re looking extra conflicting today. Did you do something with your hair?

His gorgeous brown hair was a mess and the sleeves of his gray shirt were pushed up revealing his forearms which looked even thicker than I remembered them being, as he worked to fold the gigantic pages of the newspaper into neat manageable folds.

This man was seriously hotter than a melting ice-cream analogy.

And also, possibly involved with a crime organization! I reminded myself as I continued to stand uselessly trying to find somewhere to sit.

I tried not to stare, but it was impossible not to smile at the indelicate way he shoved the corner of his sandwich into his mouth and then proceeded to chew as though it might try to escape.

He picked up his coffee and was mid-sip when his eyes rose up from the rim of his cup and saw me standing by the entrance staring at him.

“Take a seat wherever you can find one, hon, I’ll be along shortly to take your order,” a lady with a nameplate that read Janice, instructed me as she hurried by with a tray of coffee and doughnuts.

I looked back over at Joel who was watching me and gestured to the empty seat across from his.

My mind immediately went to Joy and Tempest’s reaction when they found out he was my landlord, but I quickly reminded myself that he’d done nothing to warrant any rudeness on my part.

Despite their apprehension, I figured this was a good opportunity to try and get more insight into whether I thought their response carried any weight.

Plus, I really needed coffee.

I made my way over, feeling his eyes on me as I crisscrossed around tables while trying to be ever vigilant of any sudden movements from other patrons.

My good sense will not be thwarted by your blue-green eyes and frowny brows, you magnificent biker beast.

“Good afternoon,” he greeted in a smooth as hot honey drawl. I was glad that I was already halfway into the seat because I felt my knees completely give out.

My armor of detachedness was not as hefty as I’d hoped.

“Taking a break from work?” I inquired, proud of my cool, even tone.

“Yep, just grabbing something to eat. You?”

“I’m done for today,” I replied reaching for a menu and unfolding it as though it were just as informative as his newspaper.

“Not really, I was going to check out the bookstore downstairs, but that’s about—”

I was interrupted by the feeling of fingers gently stroking my cheek and looked up to find him reaching across the table, his eyes focused on a spot as he gently swiped at something on my face.

“Sorry, you got flour or something on your cheek it was driving me crazy,” he said before pulling away and leaning back coolly against his seat.

I’m gonna get thwarted, aren’t I?


About Ellie Kay
Ellie Kay is an Australian born living in Vancouver, British Columbia Canada who honed her creative writing skills in the colorful, and imaginative world of Corporate Insurance.

Socially awkward, she loves to respond to theatre ticket vendors who say, “enjoy the movie” with, “Thanks, you too,”, but she also likes to cook, travel and spend time with her partner and cat Taako.

Ellie is on a mission to help change the stigma surrounding the Romance genre and hopes to see a day when they are no longer considered “guilty pleasures,” but rather, just a pleasure.