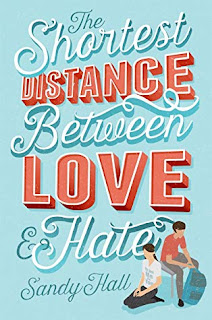 I loved A Prom to Remember by this author, so I'm signed up to read and review this for a tour next week.  Look for my review to be posted a week from this Friday.

A teen girl starting at a new school is torn between long-held loyalties and a bright new love.

Paisley is really looking forward to college. She is ready to take charge of her destiny and embrace some new experiences! Finding a hot guy to make out with at her first ever college party seems like a great start . . . until her best friend informs her that mystery guy is actually Carter Schmitt, Paisley's sworn enemy who basically ruined their lives in middle school.

So much for new people and exciting new experiences. Oh well. Paisley will just pretend he doesn't exist. Of course that would be easier if Carter, AKA her super-hot-sworn-enemy, hadn't ended up in three of her classes AND the same work study. Is it too late to rethink this college thing? 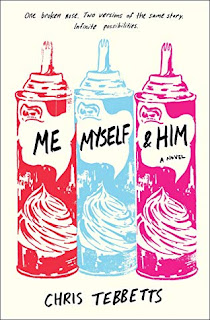 This one sounds pretty unique!

Perfect for fans of Becky Albertalli's Simon vs. the Homo Sapiens Agenda and A. S. King's Still Life with Tornado, this story of parallel time lines cleverly explores how our choices can change and shape us--as well as the ways in which choices don't change the core of our being at all.

When Chris Schweitzer takes a hit of whippets and passes out face first on the cement, his nose isn't the only thing that changes forever. Instead of staying home with his friends for the last summer after high school, he's shipped off to live with his famous physicist but royal jerk of a father to prove he can "play by the rules" before Dad will pay for college.

In an alternate time line, Chris's parents remain blissfully ignorant about the accident, and life at home goes back to normal--until it doesn't. A new spark between his two best (straight) friends quickly turns Chris into a (gay) third wheel, and even worse, the truth about the whippets incident starts to unravel. As his summer explodes into a million messy pieces, Chris wonders how else things might have gone. Is it possible to be jealous of another version of yourself in an alternate reality that doesn't even exist?

With musings on fate, religion, parallel universes, and the best way to eat a cinnamon roll, Me Myself & Him examines how what we consider to be true is really just one part of the much (much) bigger picture. 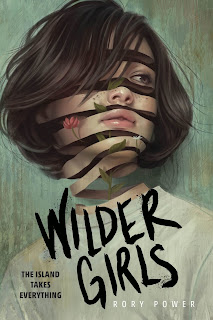 I won an ARC of this from Bookish First and hope to read and possibly get my review up this coming Sunday.

It's been eighteen months since the Raxter School for Girls was put under quarantine. Since the Tox hit and pulled Hetty's life out from under her.

It started slow. First the teachers died one by one. Then it began to infect the students, turning their bodies strange and foreign. Now, cut off from the rest of the world and left to fend for themselves on their island home, the girls don't dare wander outside the school's fence, where the Tox has made the woods wild and dangerous. They wait for the cure they were promised as the Tox seeps into everything.

But when Byatt goes missing, Hetty will do anything to find her, even if it means breaking quarantine and braving the horrors that lie beyond the fence. And when she does, Hetty learns that there's more to their story, to their life at Raxter, than she could have ever thought true. 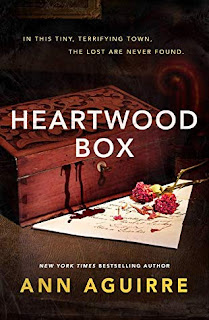 
A dark, romantic YA suspense novel with an SF edge and plenty of drama, layering the secrets we keep and how appearances can deceive, from the New York Times bestselling author.

In this tiny, terrifying town, the lost are never found. When Araceli Flores Harper is sent to live with her great-aunt Ottilie in her ramshackle Victorian home, the plan is simple. She'll buckle down and get ready for college. Life won't be exciting, but she'll cope, right?

Wrong. From the start, things are very, very wrong. Her great-aunt still leaves food for the husband who went missing twenty years ago, and local businesses are plastered with MISSING posters. There are unexplained lights in the woods and a mysterious lab just beyond the city limits that the locals don't talk about. Ever. When she starts receiving mysterious letters that seem to be coming from the past, she suspects someone of pranking her or trying to drive her out of her mind. To solve these riddles and bring the lost home again, Araceli must delve into a truly diabolical conspiracy, but some secrets fight to stay buried... 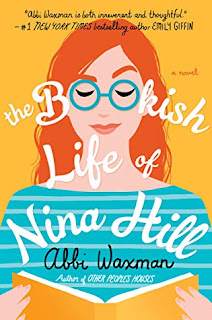 The only child of a single mother, Nina has her life just as she wants it: a job in a bookstore, a kick-butt trivia team, a world-class planner and a cat named Phil. If she sometimes suspects there might be more to life than reading, she just shrugs and picks up a new book.

When the father Nina never knew existed suddenly dies, leaving behind innumerable sisters, brothers, nieces, and nephews, Nina is horrified. They all live close by! They're all—or mostly all—excited to meet her! She'll have to Speak. To. Strangers. It's a disaster! And as if that wasn't enough, Tom, her trivia nemesis, has turned out to be cute, funny, and deeply interested in getting to know her. Doesn't he realize what a terrible idea that is?

1. Completely change her name and appearance. (Too drastic, plus she likes her hair.)
2. Flee to a deserted island. (Hard pass, see: coffee).
3. Hide in a corner of her apartment and rock back and forth. (Already doing it.)

It's time for Nina to come out of her comfortable shell, but she isn't convinced real life could ever live up to fiction. It's going to take a brand-new family, a persistent suitor, and the combined effects of ice cream and trivia to make her turn her own fresh page.

Final Thoughts:
Have you read any of these yet?  Are they on your TBR?  And hey, while you're here, you should go try to win some of my ARCs from Cleaning Up My TBR Post HERE. The US only giveaway is open till Friday at midnight, and this week I added some 2019 ARCs that can be one of your two choices.
Posted by Lisa Mandina at 7:00 AM