Blog Tour with Giveaway: The Forgotten Series by Cecilia Randell 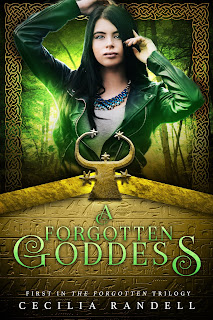 
Synopsis:
An abandoned Egyptian goddess follows her visions to Ireland, and finds more than she ever bargained for...


An abandoned Egyptian goddess follows her visions to Ireland, and finds more than she ever bargained for...


Bat Sitru used to be a goddess. Well, technically she still is. But with no followers, no temples, and only the overly mischievous cat-goddess Bastet as a friend, it's difficult to lay claim to the title.


When her visions—once faded—return to her, they point to a land in the north, one of green slopes, mist, and rainbows. She is shown a hope for comfort and home, something that has long been missing from her existence.


Once there, she begins to wonder if her visions have led her wrong. She's cold, damp, and her new landlords, the O’Loinsigh brothers, are not particularly welcoming. On top of that, she is confronted by a dead leprechaun on the rear stoop, a dagger that sucks the life of immortals, and territorial gods.


As past secrets collides with the present, will Bat be able to carve a place for herself in this new land? Or will this goddess be forgotten once more?


Please note: A previous, and shorter, version of this story was released in the anthology Shamrocked. This is also a slow-burn RH. 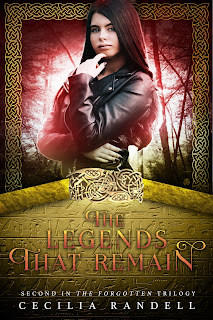 Title:  THE LEGENDS THAT REMAIN

Synopsis:
A storm is brewing, and this goddess does not like the damp…


Bat Sitru, an Egyptian goddess, is content in her new life in Sligo, Ireland. She tends the bar, participates in all the sing-songs she cares to, and is making new friends. The only thing she could wish to change is her relationship with the O’Loinsigh brothers—they’ve grown distant, and she’s afraid to upset the careful balance the four of them have found.


Before she can figure out what to do about that distance, an invitation arrives from the head of the O’Loinsigh family, leading to the revelation of long-held secrets and her visions come to life once more. What she will need to face this time is nothing so simple as a mad woman out for revenge—old legends are stirring as an ancient evil seeks to return.


Along with Dub, Mell, Shar, the reluctant Finn, and a host of other outcasts, Bat will confront a growing conspiracy of fae, gods, Fomoiri, and an evil long locked away. All she wants is to enjoy her strawberries and tea, and maybe a kiss or two, but sometimes a goddess has to do… 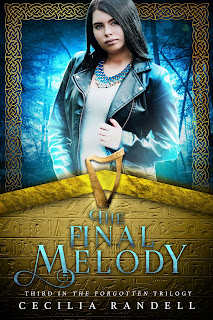 
Synopsis:
Bat Sitru and her merry band of fae are officially on the run...


Or are they on the hunt? It's hard to tell. Separated from Dub and Shar, Bat can only concentrate on getting through the next steps of their piece-meal plan to defeat Balor. They have all the tools to defeat the would-be god, now they just have to pull it all together.


With new and unexpected allies, as well as a horde of sluagh on their heels, Bat and her boys race to find Tir Hudi and the cauldron before their enemies know they're there.


In the end, it will be up to her, that forgotten goddess, to restore the balance and prevent the world from descending into chaos...


Note: Yes, for those who have not read the first two books yet, this is a "why choose" type romance. 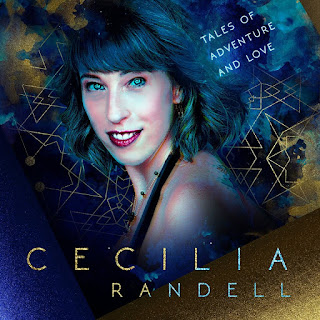 Cecilia Randell was born in Austin, Texas and grew up in a home with her very own Cheerful Bulldozer.  After some brief adventures in various places such as California and Florida, she returned to her hometown and took up a career in drafting.  A lifetime lover of words and stories, the transition to writing was two-fold: a comment from a relative and a short line from another author, saying to write what you want to read.


And thus the new adventure was born.


Now she can be found most days curled up in a comfy chair and creating new tales to share with others.