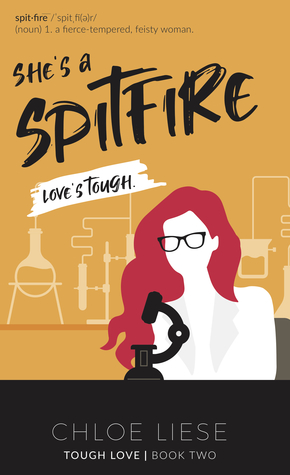 One fiery-haired, sexy scientist finds her perfect complement in a dark and handsome soccer star. Opposites attract, and they’ve got chemistry that’s explosive—literally.

Physics calls it entropy. Philosophy calls it Murphy’s Law: If something can go wrong, eventually it will. Professionally and personally speaking, Zed’s familiar with the principle. After a decade of trying to alter the atomic makeup of the mafia from its nucleus, now he’s set on leaving The Life and pursuing his heart. Problem is, the sassy, hot-headed spitfire he can’t quit is meddling in his slow burn escape plan, and turning it into full-on combustion.

Not to mention, Nairne’s got a painful history she won’t talk about and more secrets than she has lab instruments—which is really saying something. In an ideal world, the bad boy footballer would follow the brainy beauty overseas and they’d live happily ever after. But Murphy’s Law is proven true, as Zed finds his world imploding and his escape plan foiled. These enemies turned lovers end up discovering how costly it can be to meet the right person at the wrong time.

A present he can’t escape.

A past she can’t forget.

A future they won’t stop fighting for.

Book Two in the Tough Love Series—an enemies to lovers, suspenseful romance, full of sexy Italians, feisty heroines, globe-trotting action, and an ending that’ll both satisfy you and leave you ready for more! 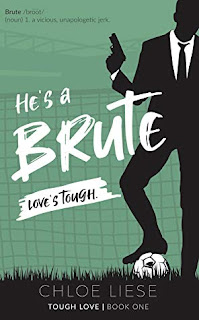 Title:  He's a Brute
Series:  Tough Love #1
My rating:  4 stars
Source:  Digital copy from Xpresso Book Tours which did not influence my opinion.

I actually didn't realize that She's a Spitfire was a second in a series when I heard about it, so instead I ended up reading book one, He's a Brute.  This was a good read.  If you know my normal reading tastes, I don't do a ton of mafia stories, or the Dominant and Submissive types of romances either.  However there was a lot about this one that I did like.  The way that Zed put forward his expectations for the relationship sounded like something that I could see being enjoyable. But I totally got where Nairne had a hard time with his orders and commands when they were outside of the bedroom.  I would have an issue with that myself.  And when she talked about being self-sufficient and her own person, and that's why she couldn't deal with that, I totally got it.  So I'll have to go on and read the second book soon to see just where this will all end up. But I do recommend this as an easy read, if you don't mind those types of situations.  It was more than just that though, Nairne's past and background made for such a different story than usual, and then there was just the way that Zed's mafia family and how he handled that really was taking place.  A unique story, and I assume book two will be the same way! 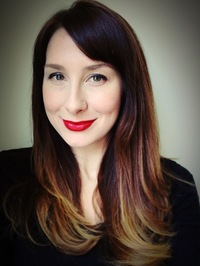 Chloe’s always been a sucker for a suspenseful steamy romance, ever since she managed to find the one saucy mystery series hiding in her high school’s prim little library. Nothing drives her crazier than a story that cranks up the heat, then closes the door on the reader’s face, so don’t read her books if you don’t want to know what actually happens when the lights fade to black…

When she’s not writing, Chloe’s busy reading books of all genres, rereading Harry Potter (which she can’t help but make her characters similarly obsessed over), and playing catch-up with her bad@$$ little girls. She’s also been known to scramble around the pitch for a pick-up soccer match and run along the river while dreaming up her next book.