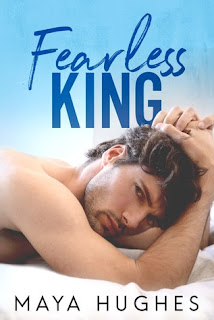 The butterflies in my stomach turned into full blown eagles the second our lips touched. A kiss under the stars that changed our relationship forever.

After a lifetime of wishing, I stared up into Ford’s eyes with his fingers caressing my cheek and my heart racing.

The evening ended with my heart bleeding on the ballroom floor.

He destroyed my heart two years ago...but now he wants back in my life.

This time I won’t fall under his spell. I’ll resist his sexy, scruffy beard, and panty-melting smirk.

I thought I was over him. Hell, I fully planned to wave to him through my rearview mirror...but with one text, in the middle of the night, I know I'm in over my head.

Ford: I need you.

My Review:
Now, my first book in this series was book 3, but reading that one made me excited for all the characters' stories.  And while it took me a bit to get into this, well, after the very dramatic beginning, once we got into the day to day chapters of the story, I had a bit of trouble getting going, after that, I was swept up and had trouble putting it down.

This was a story of all the obstacles that could possibly come in between two people meant to be together. Sometimes this really frustrates me, because I feel like if I just had the chance for that kind of love, there's nothing that would keep me from it.  But both Ford and Liv had really good reasons for the things that held them back.  Until one point at the end, but then Ford turned around and made it a perfect ending.  Liv's brother Colm was one of those reasons, actually a few of them.  He not only factored in Liv's dedication to med school, a future that didn't really make her excited, but he also factored in not only as Ford's best friend, but also a friend that Ford had wronged, even if done unknowingly.  And then there was Ford's family, and what he'd had to do to his mom at a young age, which made it hard for him to tell people things that he knew might hurt them, if he thought he could spare them from that hurt.  Not to mention it was also his younger brother who was a factor in the relationship, as he also was interested in Liv.  But it was so much more for his younger brother Grant than just an interest in the girl.

This was a very involved story, had a lot of ins and outs to keep me on the edge of my seat as I read, as well as keeping our couple apart.  In the end we got our HEA for Liv and Ford, as we should.

One other thing I loved was not only did I get to check in with all our characters I loved from the other Kings of Rittenhouse books, but also I got to spend some time with characters I met and liked in the more recent book by this author, Perfect First.   Which makes me so excited to get back to them, especially since there is only one more character to fit into this series.  I'll be looking forward to Colm's book, because right now he's not a happy guy, and I'm grumpy with him as well as he is with those around him.  But I'd like to see him get his HEA, and I know the author will do that in his book.

The Fearless King short, The Wedding Kiss is complete!
Read it today: http://bit.ly/WeddingKiss4 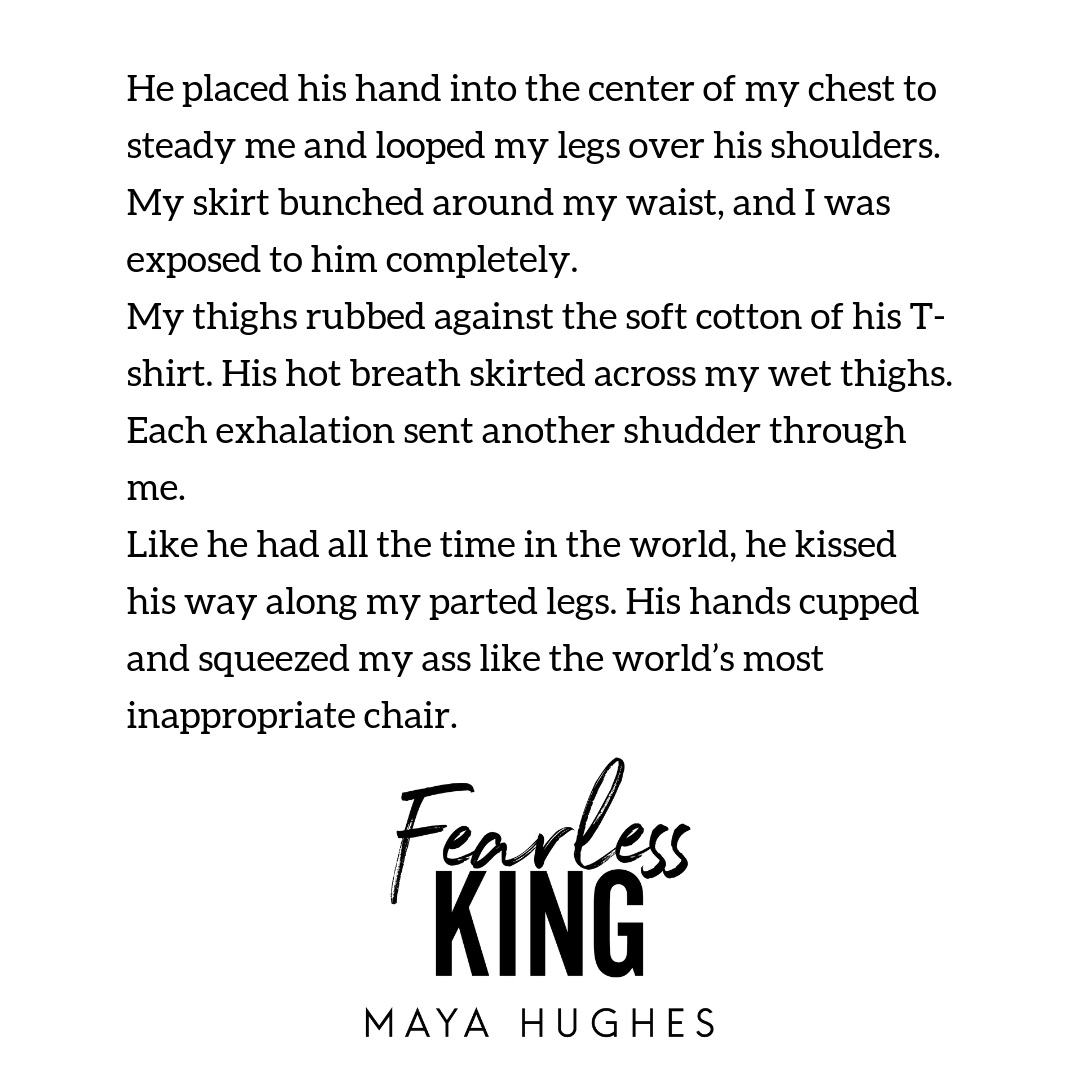 Author Bio
Maya Hughes can often be found sneaking in another chapter while hiding in the bathroom from her kids! :-) I’m a romance writer who loves taking inspiration from everyday life, namely my husband and biggest fan. Inspiration also strikes when I hear a song, meet someone new or daydream while at soccer practice.
I’m the mom of three little ones, the wife to an amazing husband and also work full time. Some of my favorite things are cinnamon rolls, white wine, laughing until I can’t breathe and traveling with my family. 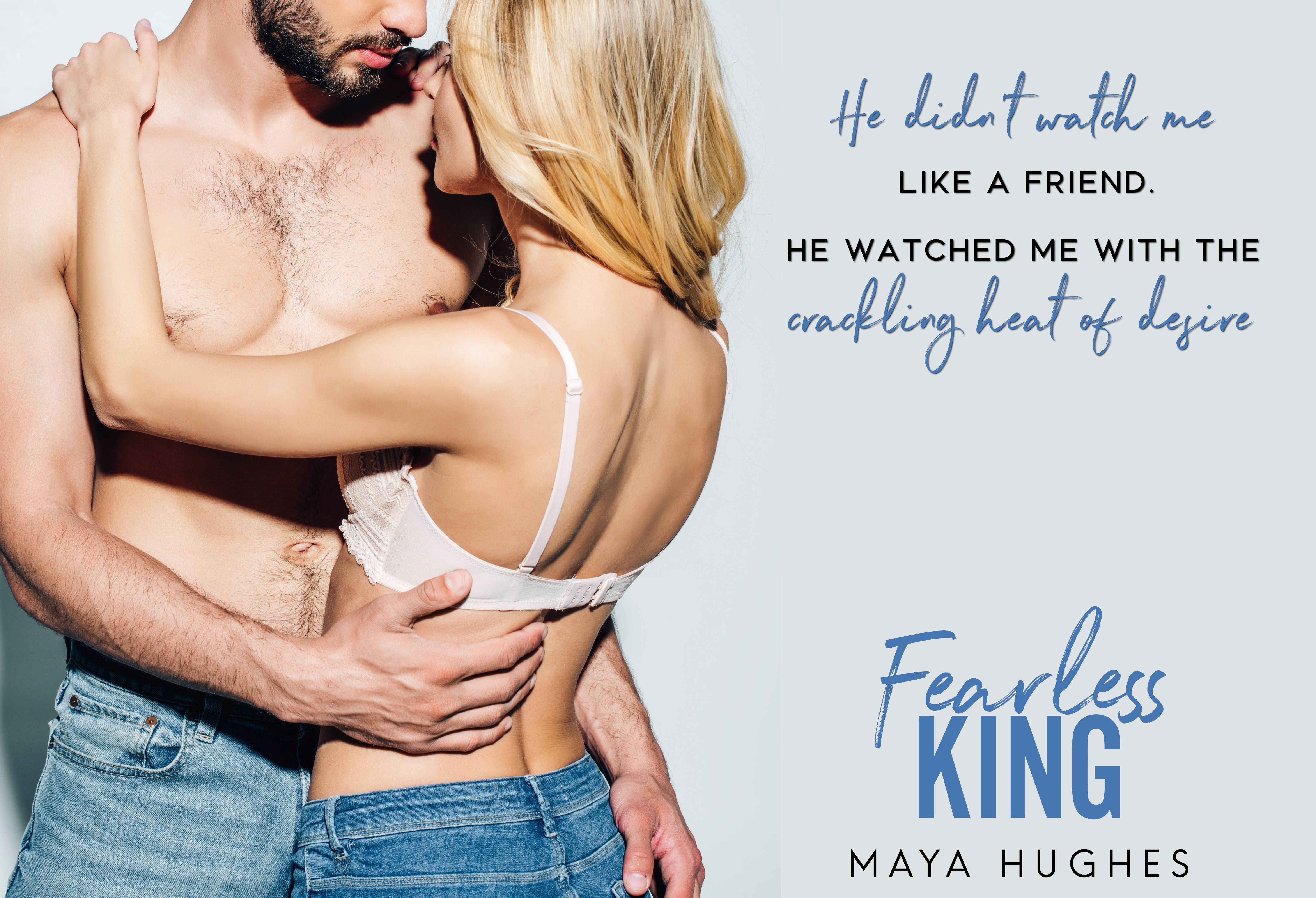