Back to joining up with the Waiting on Wednesday Posts, and the Can't Wait Wednesday posts hosted by Wishful Endings. 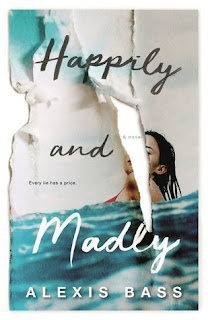 The cover isn't that great, but the synopsis drew me in.

Maris Brown has been told two things about her destiny:

1. She will fall happily and madly in love.
2. She could be dead before she turns eighteen.

The summer before that fateful birthday, Maris is in the wealthy beach town of Cross Cove with her estranged father and his new family--and the infamous Duvals. Since the youngest member of the Duval family, Edison, is back from college and back in the arms of Maris's new stepsister, her summer looks to be a long string of lazy days on the Duval's lush beach.

But Edison is hiding something. And the more Maris learns about him, the more she's given signs that she should stay as far away from him as possible. As wrong as it is, Maris is drawn to him. Around Edison, she feels truly alive and she's not willing to give that up. Even if it means a collision course with destiny. 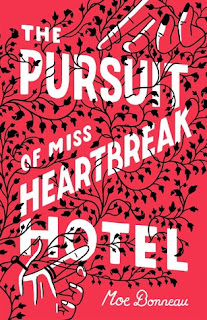 This sounds like a perfect book for today's readers.  One to add to your TBR if you enjoy LGBTQ stories.

Two teen girls, once best friends but now estranged, share an electric connection that is rekindled—and tested—in their common struggle with identity, sexuality, and the undeniable necessity to confront their emerging selves head-on.

It’s senior year and Lucy Butler has fallen into a comfortable rhythm; she’s captain of the track team, a sarcastic introvert, and the second favorite child at home. She has her life completely planned out: she knows her friends, her future college major, and her crush, the unattainable Ms. Hayes.

But when Lu reconnects with her childhood best friend, Eve, in the girls’ bathroom and comforts her after a pregnancy scare, all attachments to Ms. Hayes fall off. Lu and Eve have a chemistry that’s fierce and undeniable, and pretty soon they’re closer than they have been in years. But is this what former best friends reconnecting feels like, or is it more?

In the chaotic aftermath of graduation, Lu and Eve will have to let everything they knew about love and life go... or risk missing out on their last chance to be carefree teens. 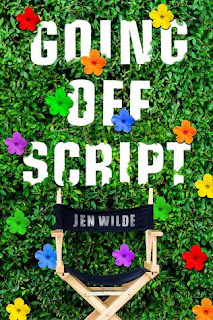 Love the cover on this one, and it is another to add to the growing list of LGBTQ titles for today's teen readers.

A TV writer's room intern must join forces with her crush to keep her boss from ruining a lesbian character in this diverse contemporary YA romance from the author of Queens of Geek.

Seventeen-year-old Bex is thrilled when she gets an internship on her favorite tv show, Silver Falls. Unfortunately, the internship isn't quite what she expected... instead of sitting in a crowded writer's room volleying ideas back and forth, Production Interns are stuck picking up the coffee.

Determined to prove her worth as a writer, Bex drafts her own script and shares it with the head writer―who promptly reworks it and passes it off as his own! Bex is understandably furious, yet...maybe this is just how the industry works? But when they rewrite her proudly lesbian character as straight, that's the last straw! It's time for Bex and her crush to fight back.

Jen Wilde's newest novel is both a fun, diverse love story and a very relevant, modern take on the portrayal of LGBT characters in media. 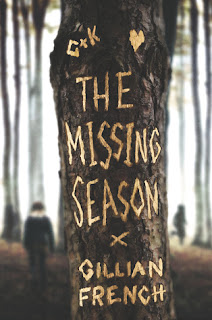 This one sounds like a great mystery, maybe even some supernatural in it, or not.  I like that you'll have to read it to see.

From the author of Edgar Award finalist Grit and The Lies They Tell comes a tense, atmospheric novel for fans of E. Lockhart and Marieke Nijkamp, about friendship, truth, and the creeping fears that can't be outrun.

Whenever another kid goes missing in October, the kids in the old factory town of Pender know what is really behind it: a monster out in the marshes that they call the Mumbler.

That's what Clara's new crew tells her when she moves to town. Bree and Sage, who take her under their wing. Spirited Trace, who has taken the lead on this year's Halloween prank war. And magnetic Kincaid, whose devil-may-care attitude and air of mystery are impossible for Clara to resist.

Clara doesn't actually believe in the Mumbler--not like Kinkaid does. But as Halloween gets closer and tensions build in the town, it's hard to shake the feeling that there really is something dark and dangerous in Pender. Lurking in the shadows. Waiting to bring the stories to life. 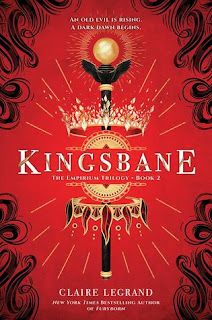 This book actually made me sad to post about.  You see, last year, I got TWO advanced copies of the first book in this series.  This year, I got no copy of this one. Here's the thing  With all the review books I get, I don't always move on in series right away when they next one comes out, if I don't get a review copy. I know that is terrible.  I mean, I will buy it for my school library, and I often do end up buying a copy for myself to read at some point, but it won't be one that I grab and devour like I would if I had an advanced copy of it. So sad face on this one.

In this sequel to the instant New York Times bestseller Furyborn, two queens, separated by a thousand years, connected by secrets and lies, must continue their fight amid deadly plots and unthinkable betrayals that will test their strength—and their hearts.

Rielle Dardenne has been anointed Sun Queen, but her trials are far from over. The Gate keeping the angels at bay is falling. To repair it, Rielle must collect the seven hidden castings of the saints. Meanwhile, to help her prince and love Audric protect Celdaria, Rielle must spy on the angel Corien—but his promises of freedom and power may prove too tempting to resist.

Centuries later, Eliana Ferracora grapples with her new reality: She is the Sun Queen, humanity's long-awaited savior. But fear of corruption—fear of becoming another Rielle—keeps Eliana's power dangerous and unpredictable. Hunted by all, racing against time to save her dying friend Navi, Eliana must decide how to wear a crown she never wanted—by embracing her mother's power, or rejecting it forever. 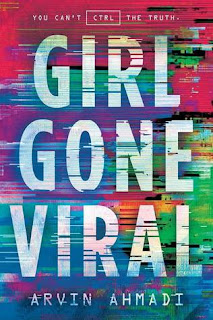 Love the cover, love the synopsis as well.

But she can't code her dad back into her life. When he disappeared after her tenth birthday, leaving only a cryptic note, Opal tried desperately to find him. And when he never turned up, she enrolled at a boarding school for technical prodigies and tried to forget.

Until now. Because WAVE, the world's biggest virtual reality platform, has announced a contest where the winner gets to meet its billionaire founder. The same billionaire who worked closely with Opal's dad. The one she always believed might know where he went. The one who maybe even murdered him.

What begins as a small data hack to win the contest spirals out of control when Opal goes viral, digging her deeper into a hole of lies, hacks, and manipulation. How far will Opal go for the answers--or is it the attention--she's wanted for years? 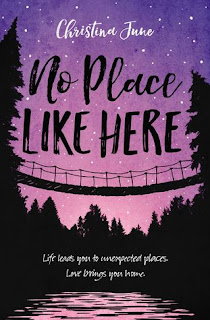 I do have an ARC of this one that I'm currently reading. Thanks to BlinkYA Publishing for sending it to me!  I liked the other two books by this author, and so far am enjoying this one as well.  Look for my review on it next week.

Life leads you to unexpected places. Love brings you home.

Ashlyn Zanotti has big plans for the summer. She's just spent a year at boarding school and can't wait to get home. But when Ashlyn's father is arrested for tax evasion and her mother enters a rehab facility for "exhaustion," a.k.a. depression, her life is turned upside down.

The cherry on top? Ashlyn's father sends her to work with a cousin she doesn't even know at a rustic team-building retreat center in the middle of nowhere. A self-proclaimed "indoor girl," not even Ash's habit of leaving breadcrumb quotes—inspirational sayings she scribbles everywhere—can help her cope.

With a dangerously careless camp manager doling out grunt work, an overbearing father trying to control her even from prison, and more than a little boy drama to struggle with, the summer is full of challenges. And Ashlyn must make the toughest decision of her life: keep quiet and follow her dad's marching orders, or find the courage to finally stand up to her father to have any hope of finding her way back home.

From Christina June, author of It Started with Goodbye and Everywhere You Want to Be, comes No Place Like Here, a modern twist on Hansel and Gretel. 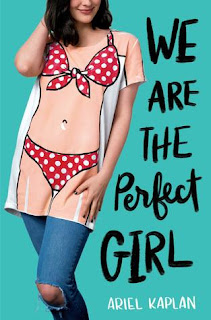 Sounds like a retelling of Cyrano de Bergerac that I would enjoy!

She’s the beauty, I’m the bold one–together, we are the perfect girl…

Aphra Brown is bold and outgoing. Her best friend, Bethany, is achingly beautiful. Individually, they could both do a little better in the self-esteem department, but together? Together, they have what it takes to win over Greg D’Agostino, a proverbial “ten,” who happens to be fluent in six languages–seven if you count the language of smoldering gazes . . .
What begins as an honest mistake turns into an elaborate deception, wherein Bethany goes on dates with Greg while Aphra coaches her on what to say, and texts him in the guise of Bethany, trying and failing, all the while, to tamp down her own hopeless crush. It’s only a matter of time before things come crashing down. The question is: What will happen when Greg finds out? And can Aphra and Bethany’s friendship survive the fallout?
From the author of We Regret to Inform You comes a witty, warm-hearted exploration of love in all its forms, and a cris-de-coeur for self-acceptance when the pressure to be perfect is overwhelming.


Final Thoughts:
So, only one that I actually have a copy of, and you'll be seeing that review next week.  One book that makes me really sad because I didn't get a copy of it.  Have you read any of these yet?  Are they on your TBR?  And hey, while you're here, you should go try to win some of my ARCs from Cleaning Up My TBR Post HERE.  The US only giveaway is open till Friday at midnight.
Posted by Lisa Mandina at 6:30 AM