Release Blitz with Review: In Your Eyes (Man of the Month Series #6) by J. Kenner

In Your Eyes, the newest standalone in the Man of the Month Series by #1 New York Times bestselling author J. Kenner, is LIVE! 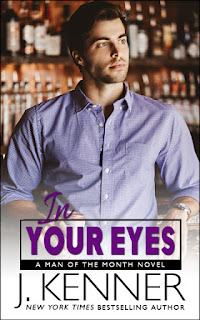 Billionaire bad boy Parker Manning buried his dark past beneath fast cars and faster women. With his chiseled good looks and Texas oil legacy, Parker’s used to laying claim to whatever—or whoever—he desires, and he’s never met a woman he couldn’t seduce into his bed.

Not, that is, until Megan Clark. Years ago, she flatly refused him. Now, she’s back—and she needs a favor. No way is Parker letting her get away again, and he conditions his agreement on one sensuous night with Megan in his bed and at his mercy.

He never expects to want more. To crave this woman who fascinates and challenges him. But he does, and now he’s determined to possess her.

But Megan’s a woman with secrets of her own, and if Parker wants to claim her, he’s going to have to conquer his past and show Megan his true heart.

Meet Mr. June. Summer’s heat has nothing on him.

Each book in the series is a STANDALONE novel with NO cliffhanger and a guaranteed HEA!

Who’s Your Man of the Month?

When a group of fiercely determined friends realize their beloved hang-out is in danger of closing, they take matters into their own hands to bring back customers lost to a competing bar. Fighting fire with a heat of their own, they double down with the broad shoulders, six-pack abs, and bare chests of dozens of hot, local guys who they cajole, prod, and coerce into auditioning for a Man of the Month calendar.

But it’s not just the fate of the bar that’s at stake. Because as things heat up, each of the men meets his match in this sexy, flirty, and compelling binge-read romance series of twelve novels releasing every other week from New York Times bestselling author J. Kenner.

Another quick, hard to put down read.  This one had quite a bit more suspense in my opinion, as you had a possible stalker, and other more serious issues than maybe the others I read.  There were a lot of little hints and details that pointed you in directions you didn't know you would be taken.  But in the end it was basically what was expected, and Parker and Megan get their HEA.  Once again I'll mention that I love all the connections to the characters from earlier stories, as well as setting us up for future books in the series.  I haven't been able to read all of them so far, due to other blogging and review commitments, but I hope I will have time to go back and read those as well, because I want to know all about these characters.  I'm happy that for sure I'll be reading the next one, as it fit into my review schedule.  One complaint about this one, I feel it all did kind of wrap up a little too quickly.  And the only other issues is that I was just as frustrated as Megan when they got to New Orleans.  I mean, that is not at all how he had played his interest!  Now, because I mentioned it last time, and it is still happening to me, I thought I'd share the ear worm that this book's title gave me with the video below.  Enjoy! 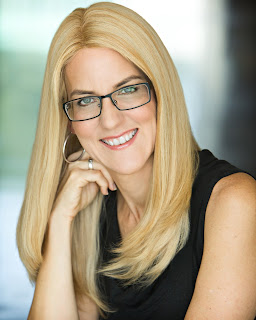 JK has been praised by Publishers Weekly as an author with a “flair for dialogue and eccentric characterizations” and by RT Bookclub for having “cornered the market on sinfully attractive, dominant antiheroes and the women who swoon for them.” A five time finalist for Romance Writers of America’s prestigious RITA award, JK took home the first RITA trophy awarded in the category of erotic romance in 2014 for her novel, Claim Me (book 2 of her Stark Trilogy). Her Demon Hunting Soccer Mom series (as Julie Kenner) is currently in development with AwesomenessTV/Awestruck. Her books have sold over three million copies and are published in over twenty languages.