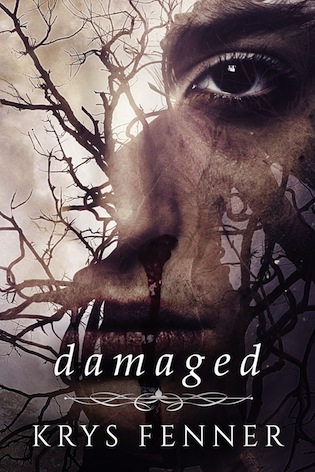 Hope springs eternal for everyone except Bella Kynaston. She survived the rape, but the aftermath is a whole other story. She struggles to figure out who she really is as more truths are revealed about her heritage. With no real anchor, sometimes ending it all seems like the only way out.

David has loved Bella for three years. Too bad he feels as if he no longer deserves a chance with her. Much to his surprise that’s exactly what he gets, but she’s far more damaged than he ever imagined. Still, he’ll do anything to help her even if it means losing himself in the process. Any transgression can be forgiven. Or so he thinks.

Will Bella find the peace she so desperately seeks if the pain permanently ended? Is there someone who can get to her in time? Or will the damage she’s suffered prove too much to bear?

Goodreads / Amazon / Barnes and Noble / iBooks / Kobo
Author Interview:
1.  How important are names in your books?  Do you choose the names based on liking the way it sounds, or the meaning?  Do you have any name choosing resources you recommend?

First names are very important. I pick them a couple of different ways. One, I used babynames.com and I select names by ethnic origin and in some cases meaning. For example, Bella's full name is Maylin Nadalia Christabel. Maylin is Chinese and it means "beautiful jade." This was selected to represent her Chinese heritage as well for its meaning as she is seen as precious gem. Nadalia is Portuguese and means "born on Christmas Day." This was selected for her heritage, the meaning wasn't relevant. The last part of her first name Christabel is Spanish and it means "beautiful Christ follower." It was selected as a representation of the area she lives in and for its meaning.
The second way I choose names is I borrow them from people I know. Alex's first name is named after a friend of mine.
Surnames I will either make up or borrow from people I know. The bad guy in book 4 is actually partially named after a friend of mine. And he's always reminding me of it.

2.  How do you prepare to write a story about such a dark topic?  Do you research?

There were parts of this that I did have to research. I've never dealt with addiction, so I had research that a little bit. I needed to see what kinds of symptoms a person dealing with withdrawal would have. I also had to dig a little into the different painkillers and the strength of one over another. As for the depression and suicidal thoughts Bella goes through, for this I drew on my own experience. I have faced depression in the past and even once attempted suicide when I was nineteen. So I pulled on those emotions for a lot of this book.

3.  Did you know when you started writing the first book that there would be a sequel?

I had absolutely no idea. When I originally wrote this, I really thought it was all out in one, then I read some of the feedback on it and I realized this story was too big to be told in one book. So I split it up. I wrote Damaged first, then went back and did Addicted. After I was finished, I came back to Damaged and dug a bit more into the emotional aspect of everything.

4.  Do you always know how the story will end when you start?

Yes. I knew what was going to happen in the second (Damaged) book and even though I haven't finished the third (Avenged), I know exactly how it will end. I can even tell you how the fourth (Burned) book will end. I feel like I need to know the beginning, middle, and end in order to fill the rest in later so that I don't see too much time lapse between scenes. It also lets me put things in the other books to hint at future novels, so that it appears as if things are left unresolved.


5.  Where is your ideal place to write?  Do you have an office, or do you like to go sit in a coffee shop/library, etc.?

This has actually changed over the years. I used to love to spend hours on end at Panera. I could eat breakfast and lunch there with coffee in between. Now, I'm more comfortable in my office. It's my space, decorated with my work and it reminds of where I've been and where I want to go. 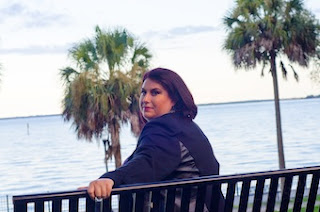 Krys Fenner has been infinitely passionate about writing and helping people for as long as she can remember. To date, she has published two books, numerous poems, and is now avidly working on a fantasy series. Krys received an Associate of Arts in Psychology and is currently working on her B.A.

To find out more about Krys Fenner and her upcoming book releases, visit her official website: www.krysfenner.co