Once again I've decided to do a quick post for a bunch of e-books that I downloaded for free or cheap, and then read very quickly.  A lot of these are pretty risque, and that is probably what makes them pretty quick reads.  I'll do little reviews for each one like I did the last time I did one of these types of posts last month.

At Any Price (Gaming the System #1) by Brenna Aubrey: 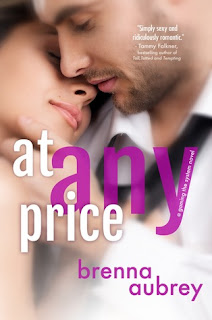 This was a pretty quick read, but had a lot of emotional parts to it.  It had a lot of the sexy scenes, although in a way there was quite the build-up and then you were left hanging each time the two main characters almost got to the actual consummation of their relationship, and the purpose of the contract and reason they came together in the first place.  I liked the story enough that when I saw the boxed set of it, plus the next two in the series, was really cheap, I went ahead and purchased it, even though I already had this one.  I'll review the next two books in the series below.  Here's the synopsis for this one from Goodreads:
Achievement Unlocked: Geek Virgin

When Mia Strong, proud geek-girl and popular gaming blogger, auctions off her virginity online, she knows she'll make waves. But what she will not be making is a love connection. Her rules are set in stone: One night. No further contact.

It's a desperate step, but it's the only way she can go to medical school and pay her mother's mounting hospital bills.

Adam Drake, the enigmatic auction winner, is a software prodigy who made his first million at seventeen. Now, in his mid-twenties, he's sexy, driven and--as CEO of his own gaming company--he's used to making the rules. Before Mia knows what's happening, he's found the loophole in the rules of her auction. Every stipulation she's made to protect her heart gets tossed by the wayside.

So I was able to just skip ahead to the 2nd story because I'd already finished the first one.  Let me tell you, book two is really crazy.  Adam and Mia seem to be getting along well, until she goes to see about medical school, and she wants to go away to a place away from where Adam lives.  This puts a bit of a rift between them.  And then something happens and Mia really begins to pull away from Adam.  It was crazy.  I hated that this book was told from Adam's viewpoint, because I needed to know what was going on with Mia!  Here is the blurb for book 2 - At Any Turn from Goodreads: 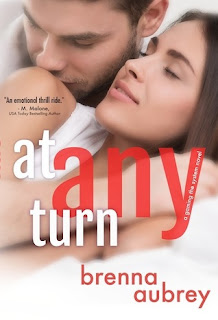 So You Want to Be a Hero?

Millionaire CEO Adam Drake, overcame a tortured past to build his own gaming empire. He’s in complete control of his life. With his new found love for brilliant geek girl blogger, Mia Strong, the last piece of his life is in place. He's at the top of his game.

Your Princess Is in Another Castle.

Until suddenly, she withdraws from him, leaving him in the dark. Something tells him she needs help. But she's too stubborn or scared to ask for it, and the more he tries to take control, the further he pushes her away. He can’t solve this problem by writing a check or a few lines of code.

He’ll have to dig deep and put himself at risk…or risk losing her forever.

And then we have the third book. So heart-wrenching.  What Mia must go through. But I like that this book gives us both of their points of view.  I cried so much in this book, but love how it all turned out, and love how we get some epilogues at the end, and also get a look at the next book in the series, with the other characters.  I also have to say that even though I am not a big video game person, I love how the story stays on top of the video game story that kind of brought all our characters together at the beginning.   Here is the blurb for At Any Moment from Goodreads: 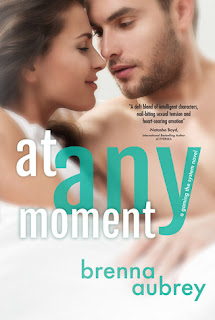 Mia Strong never expected to be deciding the rest of her life at age twenty-two. Is she willing to become a human lab rat? Does she need to write a will? Does she ever want a family--and if so, with whom? She can't dodge the tough questions--not if she plans to live to see twenty-three. With her life hanging in the balance, Mia wants nothing more than to rely on Adam Drake, but he’s hurt her before.

You Must Gather Your Party Before Venturing Forth…

Adam Drake knows that he's made mistakes, but when he discovers what Mia's facing, he realizes how much those mistakes could cost him. Now he has to choose between being the man who can save Mia's life or the man she can love. No matter how much it tears him apart, Adam knows he has to put Mia first...even if it means he's out of the picture entirely.

Will their love survive this epic battle or is it game over?

Coerced:  Blackmailed by the Billionaire (Buchanan Romance #1) by Alexx Andria: 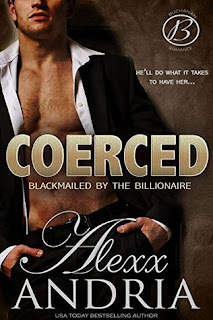 So, I haven't read the other books that came before this, that I guess have the cousins of the main character, the billionaire, in this book.  Overall I wasn't thrilled with this one.  The sex scenes were pretty good for the most part, but it was really hard to like the guy.  He was pretty much a creep.  And even though I know he is supposed to be a "hot" billionaire, in my head I just kept kind of picturing him as a creepy, old, bald guy.  Not sure why, probably just because of how he was portrayed in the story.  I gave it three stars on Goodreads, because I kept reading just to see how it would end. But, I don't know that I'll go on with any others in the series, or in the series before.  Here is the blurb from Goodreads:
Nobody says no to billionaire Sutton Buchanan.

Nobody with a survival instinct or an ounce of common sense, anyway.

That’s because he’s a cruel, ruthless bastard who will stop at nothing to get what he wants – including the curvy blonde artist who just gave him the brush-off.

Elizabeth Downing is desperate and time is running out. Her one chance at landing an exhibition at the Covington Art Museum has been shot down in flames. The shy, insecure artist can’t give her art away, much less sell it. How was she going to continue supporting her disabled sister, without selling off a kidney?

Unfortunately for Elizabeth, her family tragedy is Sutton’s opportunity. Sutton makes Elizabeth a shocking offer that no good man would ever suggest. But Sutton has never pretended to be a good man.

Now he’s going to own her — body and soul.

He’s going to push past her limits.

He’s going to see where her breaking point is.

But he won’t make the same mistake his cousins made by falling in love with his plaything.

Elizabeth’s about to find out, the words “love” and “mercy” aren’t in Sutton Buchanan’s vocabulary. 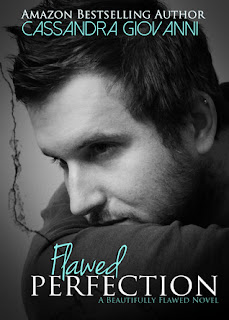 This book was a good story for sure.  Although there wasn't quite the sexy scenes that I really kind of look for in these types of stories, which since it is listed as a "clean" NA romance, I guess that makes sense.  You had horrible parents, both the guys and the girls.  You had two brothers that were best friends with the main girl.  One that loved her, one that she loved, but she didn't think loved her back.  And when things change, well let's just say that there is a mess.  Much worse than I thought it would be.  And the way it ends, wow.  I'm ready for the next one, even though I know how sad I'll be with it.  Here is the blurb for this one from Goodreads:
Bobby Beckerson is the American All-Star hockey player—he’s the spitting image of perfection to his family. Goofy, sweet and undeniably gorgeous, he has everything but the one girl he wants: River Ahlers.

River Ahlers is successful in everything but love. She's been in love with Adam Beckerson since they were kids. Worst of all she's stuck right in the middle of the brothers dueling over everything and anything, and she doesn't even know she's the ultimate prize.

Adam Beckerson is a boy with a guitar, a smile that sinks girls' hearts and a stone wall around his own. He’s anything but perfect, and no matter how hard he tries he’s nothing compared to Bobby. Sweet, damaged, with boyish good-looks, nobody thinks Adam loves anyone but himself.

Bobby loves River, River loves Adam and Adam only loves himself--or so everyone thinks. One night everything changes, and as it threatens to destroy everyone involved a tragedy strikes that will break them all...