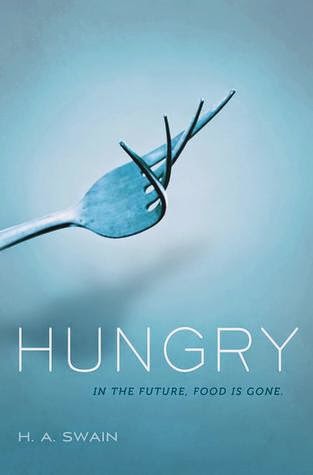 First thanks to Feiwel and Friends and Netgalley for allowing me to read an e-galley of this.  As anyone who has followed my blog for awhile knows, I'm a huge fan of dystopian stories.  And this was one that sounded really intriguing.  A future world where we no longer need to eat real food, it is all taken care of through a synthetic formula, as well as inoculations to take care of other bodily needs.  I often think of how nice it would be to get all our nutrition through a pill or something.  Surely that would cure the obesity problem, right?  In this world people are only allowed to have one child, to help with overpopulation.  They meet their spouses in a certain type of ceremony, but only when they reach a certain age.  Even their reproduction and other emotions are controlled by the inoculations.

The main character of the story is Thalia Apple. And she's not quite like her peers.  She really enjoys the stories her grandmother tells her of how the world used to be when there was food.  Enjoys learning how to knit, and other things from the past.  Unlike her peers, she doesn't need to be connected to the technology and internet of the time, all the time.  But something weird has started happening to Thalia.  Her stomach is growling.  She's feeling hunger.  Something that shouldn't be happening.  When her mother finds out, she wants to send her to a rehab center, where they will adjust her formula, and even adjust her brain.  Before she gets shipped to the rehab, she goes out one night and comes across a boy named Basil.  He is a lot different from the rest of the teens she knows.  He is also experiencing the hunger, and knows many others who are as well.  As she learns more about this group, she begins to wonder just what else is going on with this formula and inoculations that may not be working as they have been told by One World, the corporation that provides it for all people.

Along the way she will find that the world may be coming back to life, plants growing, insects or other creatures actually alive.  But also the doctors and other scientists may know that this hunger issue is around, and are using it for what may be nefarious purposes.  I got a "Soylent Green" vibe at one part of the book. And while it wasn't exactly what I was thinking it would be, it did turn out to be something along those lines, but in a kind of creative way, definitely shocking to finally read some of it.