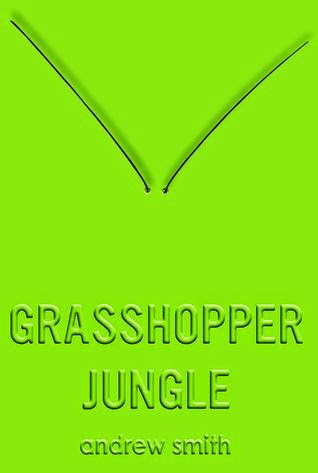 I gave in and put my name on the waiting list at the library for this one.  I'd just been hearing so much about it, and it really does sound like my type of story from the synopsis.  I was pretty excited when it finally came in for me to check out two days before I went to have my surgery.  So I went and got it, and it was one I took to read while recovering at my dad and stepmom's house.  It wasn't a "quick" read, in that there was a lot to read.  I couldn't zoom through it, skipping things to get the story.  But it was hard to put down, in that I needed to know what was going to happen, and the suspense just built and built.  I will have to say, without giving anything away, that the ending was not exactly what I was expecting.  I'm not saying that in a bad way.  I had just assumed from the way the story was going, that something different was going to happen.  Honestly, I do really like the way the story ended.  Here's my summary of the story:

The main character is Austin Szerba.  And he is a Polish boy.  We know that because he gives us the history of his family starting really in detail with those who came to America.  His best friend is Robby Brees, and his girlfriend is Shann Collins.  Austin is a confused teen.  And like most other boys his age, very horny.  He loves his girlfriend, and is always thinking about sex with her.  But his best friend Robby is gay.  And he is not sure about if he might be interested in Robby as well.  He loves his best friend, and accepts him for who he is, and knows that Robby has feelings for him like he has for Shann.  He even fantasizes about both of them, or should I say, all three of them together.  Now, Austin and Robby go to a private Lutheran school (shout out for that, as I went to a Lutheran school from 1st-8th grade).  And they do get picked on.  That is kind of where the whole story begins.  Some bullies take Austin and Robby's skateboards and shoes and throw them up on the roof of an old almost empty shopping center.  When they go back to recover their belongings later in the evening, they end up going into the store beneath, which just happens to be owned by Shann Collin's stepdad.  They decide to go into his office, because no one ever does. And there they find lots of crazy things.  Hands inside of jars.  A two headed baby boy inside a jar.  Parts of giant bugs inside of jars.  And also glowing globes.  Unfortunately at that same moment, the bullies are back, they want to steal from the liquor store connected to this same store.  They go into the office and take some of the glowing globes.  As they are leaving, they drop one of them.  And the glowing stuff spreads there on the ground.  And that is that.  The beginning of the end of the world.  Soon Austin and Robby and Shann find a silo, a silo that gives away information about what is soon to be the cause of all the world's problems.  They learn about the Unstoppable Soldier, basically a giant praying mantis.  And do you know what these bugs like to do?  Two things, as we are told over and over, eat and have sex.

So, yes, this is a crazy science fiction story about giant bugs and secret corporations who create things for the military that go wrong, and are covered up until an accident sets them loose again.  But, it is also a coming of age story.  We get the inside scoop on how Austin is dealing with his friend and his girlfriend, and experimenting, and what he can also almost only think about one thing, sex.  I loved how this even touched on an often challenged/banned book, The Chocolate War by Robert Cormier.  I'm going to guess that this book is going to be challenged by many people who actually pick it up and read it as well.  I really liked how honest all of it was though.  How uncertain he felt, but also intrigued about his best friend, even though he knew he was definitely interested in his girlfriend too.  How he realized that what he was doing was going to hurt both of them.  And that what he was doing was selfish.  I loved all the history that he kept adding to the story. Although at first I was a bit worried it would be too redundant.

This made for a very interesting, funny, heartbreaking, intense, edge of your seat read.  I will recommend it, with caution of course at school, but to all book lovers, and to fellow teachers and librarians looking for new, original stories for teens.
Posted by Lisa Mandina at 12:22 PM