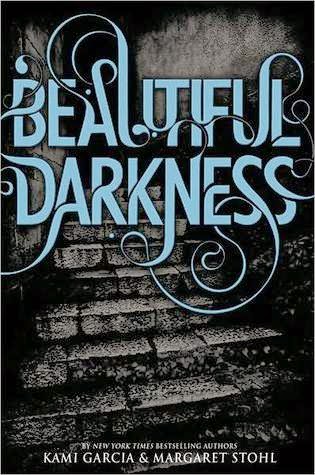 I've had this book sitting on my shelf for quite a while now I think.  Can't even remember when I first bought it.  Probably sometime soon after I read and enjoyed the first book in the series, Beautiful Creatures.  Since this series is not a trilogy, it has 4 books in it, maybe that is why it doesn't suffer from what I call the 2nd book syndrome.  It wasn't as good as the first one, but it was still good, and I didn't feel like it was just a bridge to get us to the next book.  It definitely had a good story to it.  It was a bit of a journey book though, as Ethan did have to follow Lena to the Great Divide or Barrier to try to save her from, well from herself in a way.

Since her 16th birthday, when Lena didn't get chosen as either good or evil like she was supposed to, things have been different.  But part of it is the heartache she feels from losing her Uncle Macon.  Ethan stays by her side, always there for her.  Even as she begins to pull away.  He can't figure out what has made her quite so stressed.  While he understand grief, he lost his mother, Lena seems a bit more than grieving.  You see, Ethan doesn't know that the day of Lena's birthday, he died.  And by saving him, Lena ended up taking the life of another, which just happened to be Macon.  So now she feels guilty for Macon's death.  And looking at Ethan just reminds her of the choice she made.  As she pulls away, Ethan begins working in the Caster Archives with Marian.  Marian has another helper, a Keeper in training, named Liv.  Ridley is also back.  And she and a boy, who seems to be part Incubus, are hanging around Lena a lot.  And soon Ethan notices that both of Lena's eyes are yellow, the color of an evil Caster.  As Lena's family decides to move away, Lena decides to run off.  Ethan knows he must follow her and keep her from making a horrible mistake.  But he has started having new visions.  Now they include Abraham, one of the most evil Casters, Macon's father, as well as Lena's mother, Seraphine.

With the help of his buddy Linc, the keeper-in-training Liv, a strange cat, and some other unexpected ghostly friends and evil relatives, Ethan will follow Lena to the edge of the two worlds and try to keep her from crossing to the evil side for good.

So now, I must get a copy of the third one.  This is one of the series I'm using for my Prequel and Sequel challenge.
Posted by Lisa Mandina at 1:12 PM