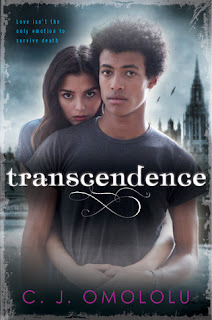 First, thanks to NetGalley and Bloomsbury Publishers for letting me read this as an egalley.  I really liked this book.  It is a book about reincarnation.  Which reminds me of another of my favorite book series, The Eternal Ones by Kirsten Miller.  Yes, Incarnate by Jodi Meadows is also about reincarnation, but it is a little different, and I'm guessing a different planet than Earth?  And of course there is always the book Reincarnation by Suzanne Weyn.  All of these books are ones I enjoyed.  And this one didn't disappoint either.  We started out with our main character Cole, short for Nicole, in London with her sister Kat and their father.  They're touring the famous Tower of London where many people were held and later beheaded or executed nearby, including Anne Boleyn.  Cole has a vision of someone being beheaded in the main area of the Tower.  When she has this vision, she stumbles and is caught by a very cute boy named Griffon.  Griffon seems to recognize her at first, although she doesn't know who he is.  Soon she learns that they are connected somehow, and when she is back home she learns he lives nearby and they meet up again.  They get closer, and eventually not only do her visions keep popping up, dangerous things start happening to her.  Griffon tells her she is what is called Akhet.  Basically in this story it sounds as if anyone can be reincarnated, but only some remember past lives, and these are the Akhet.  It seems someone in Cole's life may be from her past, and be after revenge, for something that Cole slowly remembers that she is probably not really responsible for.  But Griffon has his secrets too, and they threaten to come between him and Cole.  Cole doesn't know who to trust when she realizes just where the connection between her and Griffon is from.
I need to start taking notes when I'm reading ebooks because I know there was something I wanted to remark on, some quirky little part that really made me laugh or stood out to me, but I can't remember it now.  I hope to learn more about Cole's first life she is remembering, the time when she was beheaded.  This will definitely be a recommendation for me when it is published and arrives at the bookstore.  I like that there is going to be a sequel because there was definitely a loose end left with another person Cole met that seemed to know her.
Finally, this will count as my "J" on my A-Z Reading Challenge for the author's name.
Posted by Lisa Mandina at 10:00 AM