Another big week of books!  Once again I'm going to join up with the Waiting on Wednesday Posts, and the Can't Wait Wednesday posts hosted by Wishful Endings.  Check out what is in my Blog planner for new titles publishing this week. 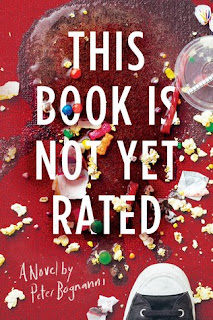 I'm a huge movie buff, I go about once a week or so, and so any movie set in a movie theater is intriguing to me.

Here is the blurb from Goodreads:
The Green Street Cinema has always been a sanctuary for Ethan. Maybe it's because movies help him make sense of real life, or maybe it's because the cinema is the one place he can go to still feel close to his dad, a film professor who died three years ago. Either way, it's a place worth fighting for, especially when developers threaten to tear it down to build a luxury condos.

They say it's structurally unsound and riddled with health code violations. They clearly don't understand that the crumbling columns and even Brando, the giant rat with a taste for sour patch kids, are a part of the fabric of this place that holds together the misfits and the dreamers of the changing neighborhood the cinema house has served for so many years.

Now it's up to the employees of the Green Street Cinema--Sweet Lou the organist with a penchant for not-so-sweet language; Anjo the projectionist, nicknamed the Oracle for her opaque-but-always-true proclamations; Griffin and Lucas who work the concessions, if they work at all; and Ethan, known as "Wendy," the leader of these Lost Boys--to save the place they love.

It's going to take a movie miracle if the Green Street is going to have a happy ending. And when Raina, Ethan's oldest friend (and possible soul mate?), comes back home from Hollywood where she's been starring in B-movies about time-traveling cats, Ethan thinks that miracle just may have been delivered. But life and love aren't always like the movies. And when the employees of the Green Street ask what happens in the end to the Lost Boys, Ethan has to share three words he's not been ready to say. 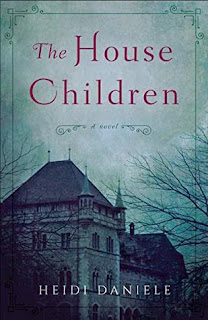 This is supposed to be based on a true story, that is probably what grabbed my attention.

Here is the blurb from Goodreads:
In 1937, Mary Margaret Joyce is born in the Tuam Home for unwed mothers. After spending her early years in an uncaring foster home, she is sentenced by a judge to an industrial school, where she is given the name Peg, and assigned the number 27. Amid one hundred other unwanted girls, Peg quickly learns the rigid routine of prayer, work, and silence under the watchful eye of Sister Constance. Her only respite is an annual summer holiday with a kind family in Galway.

At the tender age of thirteen, Peg accidentally learns the identity of her birthmother. Peg struggles with feelings of anger and abandonment, while her mother grapples with the shame of having borne a child out of wedlock. The tension between them mounts as Peg, now becoming a young adult, begins to make plans for her future beyond Ireland.

Based on actual events, The House Children is a compelling story of familial love, shameful secrets, and life inside Ireland’s infamous industrial schools. 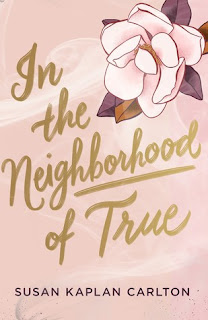 Not sure, this one just sounds like it could be a really deep story.  And the cover is beautiful!

Here is the blurb from Goodreads:
A powerful story of love, identity, and the price of fitting in or speaking out.

After her father’s death, Ruth Robb and her family transplant themselves in the summer of 1958 from New York City to Atlanta—the land of debutantes, sweet tea, and the Ku Klux Klan. In her new hometown, Ruth quickly figures out she can be Jewish or she can be popular, but she can’t be both. Eager to fit in with the blond girls in the “pastel posse,” Ruth decides to hide her religion. Before she knows it, she is falling for the handsome and charming Davis and sipping Cokes with him and his friends at the all-white, all-Christian Club.

Does it matter that Ruth’s mother makes her attend services at the local synagogue every week? Not as long as nobody outside her family knows the truth. At temple Ruth meets Max, who is serious and intense about the fight for social justice, and now she is caught between two worlds, two religions, and two boys. But when a violent hate crime brings the different parts of Ruth’s life into sharp conflict, she will have to choose between all she’s come to love about her new life and standing up for what she believes. 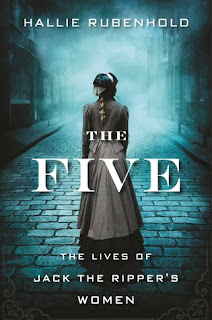 The whole unsolved mystery of Jack the Ripper has always intrigued me.  Especially since the movie with Johnny Depp called From Hell.  I've read Patricia Cornwell's book on her theories, and I think they even had some news about who they think it really is just recently.  This story sounds great because it is about the victims, giving a true story of who they were.

Here is the blurb from Goodreads:
Miscast in the media for nearly 130 years, the victims of Jack the Ripper finally get their full stories told in this eye-opening and chilling reminder that life for middle-class women in Victorian London could be full of social pitfalls and peril.

The "canonical five" women murdered by Jack the Ripper have always been dismissed as society's waste, their stories passed down to us wrapped in a package of Victorian assumptions and prejudice. But social historian Hallie Rubenhold sets the record straight in The Five. In reality, only two of the victims were prostitutes, and Rubenhold has uncovered entirely new research about them all--in some cases, material no one has ever seen before.

The Five tells for the first time the true stories of these fascinating women. It delves into the Victorian experience of poverty, homelessness, and alcoholism, but also motherhood, childbirth, sexuality, child-rearing, work, and marriage, all against the fascinating, dark, and quickly changing backdrop of nineteenth-century London. From rural Sweden to the wedding of Queen Victoria, from the London of Charles Dickens to the factories of the Industrial Revolution and the high-class brothels of the West End, these women were not just victims but witnesses to the vagaries and vicissitudes of the Victorian age. 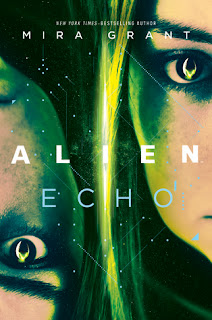 The Alien movies are some of my favorites, and now a YA novel set in that universe?  Sign me up!  And that cover is so spooky!

Here is the blurb from Goodreads:
An original young adult novel of the Alien universe

Olivia and her twin sister Viola have been dragged around the universe for as long as they can remember. Their parents, both xenobiologists, are always in high demand for their research into obscure alien biology.

Just settled on a new colony world, they discover an alien threat unlike anything they’ve ever seen. And suddenly the sisters’ world is ripped apart.

On the run from terrifying aliens, Olivia’s knowledge of xenobiology and determination to protect her sister are her only weapons as the colony collapses into chaos. But then a shocking family secret bursts open—one that’s as horrifying to Olivia as the aliens surrounding them.

The creatures infiltrate the rich wildlife on this virgin colony world—and quickly start adapting. Olivia’s going to have to adapt, too, if she’s going to survive...


Final thoughts:
Once again a lot of books, just as I mentioned last week, I think it will be this way the next few months.  I didn't get my hands on any of these early, although I wish I had!  Have you read any of these yet?  Are they on your TBR?  And hey, while you're here, you should go try to win some of my ARCs from Cleaning Up My TBR Post HERE.