Blog Tour Review with Giveaway: We Were Beautiful by Heather Hepler 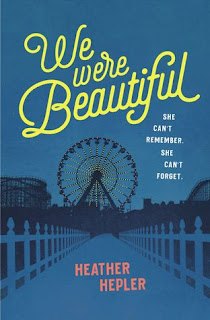 Title:  We Were Beautiful
Author:  Heather Hepler
Genre:  YA contemporary
Release Date:  April 2nd, 2019
Publisher:  Blink YA
Source:  ARC received from publisher which did not influence my opinion in any way
My rating:  4 stars


It's been a year since fifteen-year-old Mia Hopkins was in the car crash that killed her older sister and left her terribly scarred. The doctors tell her she was lucky to survive. Her therapist says it will take time to heal. The police reports claim there were trace amounts of alcohol in her bloodstream. But no matter how much she tries to reconstruct the events of that fateful night, Mia's memory is spotty at best. She's left with accusations, rumors, and guilt so powerful it could consume her.

As the rest of Mia's family struggles with their own grief, Mia is sent to New York City to spend the summer with a grandmother she's never met. All Mia wants to do is hide from the world, but instead she's stuck with a summer job in the bustling kitchens of the cafe down the street. There she meets Fig--blue-haired, friendly, and vivacious--who takes Mia under her wing. As Mia gets to know Fig and her friends--including Cooper, the artistic boy who is always on Mia's mind--she realizes that she's not the only one with a painful past.

Over the summer, Mia begins to learn that redemption isn't as impossible as she once thought, but her scars inside run deep and aren't nearly so simple to heal ... especially when Mia finally pieces together her memories of the night Rachel died.

My Review:
This book was a little different than some contemporaries, but definitely had all the angst as well as humor that makes a teen story work.  I liked all the characters, loved Fig's Italian family especially.  It was also great to see that even as Mia struggled with her own demons of losing her sister, she still made the same mistake of assuming others hadn't been through things anywhere near what she had.  Cooper was adorable, loved the idea of the mural he was making with the tiles.  It was also fun to be experiencing New York City from a teen's perspective, made me want to take a trip out there again myself.  A lot of food that sounded delicious at the restaurant, and then I loved one part where the character even pointed out something that has bothered me for a while now, the fact that fortune cookies rarely actually contain a fortune anymore.  I say they are now just kind of proverb type of sayings, or as this character said, pithy sayings.  A great book for a good spring read. 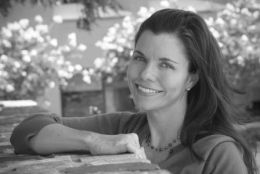 Heather Hepler is the author of several books for teens and tweens, including Frosted Kisses (Scholastic, 2015), Love? Maybe (Dial, 2012) and The Cupcake Queen(Dutton, 2009).


She loves tomato soup, fat cats, and hiking. (Not necessarily in that order.) She's lived in East Texas, Alaska, and Death Valley. Currently she, her son, their two spoiled cats, and their ridiculously smart dog live in Downeast Maine.