Book Blitz with Giveaway: Blame it on Romeo (Beach Read #2) by Sophia Knightly 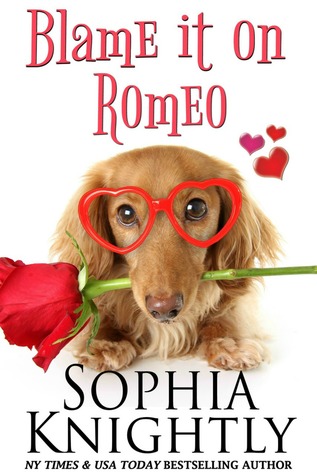 Hi, I’m Francesca Lake, WBCG TV’s medical reporter. Privately, I am on a mission to marry a doctor. After my recent mortifying episode in the ER, it’s clear I suck at self-diagnosis. It all started when I thought I was having a heart attack. I made a cringe-worthy entrance at the hospital, but in my defense, I thought I was DYING. You can ask Harrison Taylor, my dog’s vet. He was the one who carried me into the ER.

I used to love my job reporting the social scene, but I’ve been recently drafted as the station’s medical reporter . God only knows what diseases I will have to report on. This is not a good thing for a closet hypochondriac! There’s only one upside–medical reporting means meeting lots of doctors. Surely, there will be a few eligible bachelors in the mix…

I’m trying to ignore my wild attraction to Harrison, but his forest green eyes, rugged physique and warm smile make my insides melt…not to mention other parts. My adorable dog, Romeo, is in love with Harrison, and he’s convinced Harrison is for me. But I’m looking for a “human” doctor. Harrison is an animal doctor. Do I look like an animal? Well, only on a bad hair day, but that’s beside the point.

Marrying a doctor calls for a methodical approach, and I intend to date as many as I can to meet “the one.” I have to ignore Romeo’s blatant attempts to matchmake me with Harrison. But ignoring my pounding heart when I’m around swoony Harrison is another matter entirely…

EXCERPT:
“HEEELP! I’m having a heart attack!” I shout.

My eyes frantically squint against the bright morning sunlight as I scour the near-empty parking lot in search of anyone who can help me. I’m about to scream again when I see my hunky neighbor, Dr. Harrison Taylor, jogging a short distance away.

“Harrison!” I wave my arms to get his attention. “Over here!”

He jogs over and is at my side in a heartbeat. “Frankie, you okay?” Harrison’s forest-green eyes give me a thorough once-over, one that would normally make my knees wobble, but not today. I am too busy panicking as my heart hammers against my chest in what feels like a heart attack.

“I can’t breathe! Can you drive me to the ER?” I squeak in a voice that sounds like I’ve inhaled helium. Electric shocks race from my shoulder down to my fingertips making me clutch my arm. Gape-mouthed, I stare at my upper left arm as it turns pink and puffy.

Harrison propels me into the passenger side of my Jetta, grabs the car keys out of my hand and tears out of the parking lot. With one hand on the steering wheel, he maneuvers the crowded streets of Miami while his other big hand pats my knee.

“Breathe slowly and try to calm your heart rate,” he says in the soothing veterinarian voice he uses to treat sick animals. Except I’m not a sick dog or horse, I am Francesca Lake, WBCG’s “Roving Social Diva” reporter and I was on my way to do an on-air interview with Justin Bieber, for God’s sake!

“What happened?” Harrison asks, casting a concerned look my way.

I point to my arm. “A tharp thting,” I try to explain, but my tongue feels thicker by the second and now I’m lisping.

It’s getting harder and harder to breathe and my throat feels tight. I need air in my lungs or I’m not going to make it!

Harrison’s foot hits the accelerator and within minutes, we arrive at Doctor’s Hospital where he picks me up and runs into the emergency room as if his pants are on fire.

“Help, I’m haffing a heart attack!” I shriek, flailing my arms at the attendant.

“Patient is in anaphylactic shock,” Harrison says in a steady voice.

A young, harried doctor runs up and gives me a quick examination. When I hear him bark out an order for an Epi, I start to panic. Did he order an epidureal? Are they going to operate? I turn to Harrison with beseeching eyes. Before I can say anything, a no-nonsense, matronly nurse materializes before me. I squirm as Harrison holds me securely against his rock-solid chest.

The nurse lifts the skirt of my coral dress and plunges a needle in my upper thigh.

“Yeouch. That hurths.” I shudder as the liquid burns inside my flesh.

Harrison gently sets me down on the gurney brought in by a young male attendant. “You’ll feel better soon. Relax and let the epinephrine do its work.”

Relax? I wish it were that easy. I hate to admit it, but I am a chicken. I wasn’t always a chicken—my motto most of my thirty years was “fear is not an option” and I rarely worried about anything. But after my mom’s recent near-fatal heart attack, I’ve been worrying—a lot—about health issues and a few other things. Every time I remember that Mom might have died if Dad hadn’t been there to call 911, my heart clenches. After hearing what she went through, I pray she’ll never, ever, have another one.

“Why aren’t they giving me an EKG or a heart monitor?” I ask. Oh good, at least I’m not lisping anymore. The shot must have kicked in. I stare into Harrison’s eyes. “I know you don’t think I had a heart attack, but what if it was? Five percent of heart attacks occur in people under forty.”

“So?” Harrison regards me with a bemused expression.

I let out an exasperated breath. “I could be one of that five percent.”

“You didn’t have a heart attack, Frankie.” He rakes a hand through his thick chestnut hair, leaving it appealingly tousled. “You had an anaphylactic reaction caused by an insect bite.”

“Anaphylactic reaction? That sounds ominous. Are you sure?” He could be mistaken. Harrison isn’t a medical doctor—he’s a veterinarian.

Harrison fixes me with a firm look. “Yes, I’m sure.”

Harrison helps me off the gurney and the feel of his large hand wrapped around mine makes me glance at him. Did he feel the spark between us? I’m tingly all over. God, he’s easy on the eyes with a tall, hard-muscled body that’s sizzling hot and a rugged face with the sexy cleft in the chin. I force my gaze away from his striking green eyes that are watching me with a bemused expression.

Even though Chloe has been trying to matchmake us since I moved down from New York to Miami, I’ve kindly told her I’m not interested. Why? I ask myself as I take in his male beauty, and then I mentally slap myself. Snap out of it! Harrison is a reckless daredevil who loves doing crazy ass stunts. With a boyfriend—or husband—like that, I’d spend too much time worrying about his safety. The last thing I need is more anxiety.

Harrison takes my elbow and leads me down the hall. The feel of his calloused fingertips is pleasantly distracting until we pass a scene that makes me stop and stare. A good-looking young doctor in scrubs checks a female patient’s IV and then leans over and kisses her. Pale-faced, the petite patient looks frightened until the doctor’s lips touch hers and she visibly relaxes. I am riveted and can’t stop staring at them.

“Come on, Frankie,” Harrison urges. “I thought you were anxious to leave.”

I watch the couple from over my shoulder as Harrison tugs me along. The doctor gives the woman another tender kiss and then steps into the hall. I hear him say to another physician, “Take good care of my wife. She gets nervous in hospitals.”

Light bulb flash. Why didn’t I consider this before, I wonder as a life-altering epiphany slaps me upside the head. I need to marry a doctor ASAP.

Until now, I loved my job reporting on South Florida’s fine arts and social scene. I kept busy, too busy to even think about being single at thirty. Okay, I did think about it sometimes, but it wasn’t always on my mind. I had other important things to do, like help my mom get her heart disease under control. With all the changes that occurred last year, I wasn’t exactly good company in a relationship. I found that out when my ex-boyfriend, Todd, dumped me because I was being too moody, which translated to my lack of desire because I was worried about Mom. Good thing I found out he wasn’t the “I’ll love you through thick and thin” type of boyfriend.

After witnessing that scene between the good-looking young doc and his wife/patient, all I can think of is I want to marry a doctor like him who can assuage my medical fears. Marry a doctor. I love the sound of that—it equals no more worrying, which equals getting back to my once carefree self. Most doctors are in their profession to heal and that makes them natural nurturers. I could use some of that nurturing—it sure would be great to feel normal again.

Harrison’s hand settles on the base of my spine as he gives me a gentle nudge. “Let’s go, hon.”

His bold touch sends my thoughts skittering in a different direction. A warm glow suffuses me, and I can’t budge. Did he just call me “hon”? In Harrison’s deep voice, it sounds delicious.

I touch his forearm and gaze into his forest-green eyes. “Uh…Harrison. Thanks for saving my life.”

“You’re welcome.” Harrison gives me a smile so hot it could melt the whole North Pole. I tell myself that he might have a killer grin, but we don’t have anything in common that I know of, except for a love of animals. He craves extreme sports and I can barely hit a ball with a tennis racket. He gets an adrenaline fix from playing with assassin sharks and I have to watch out for bees.

It’s a real shame he won’t do, I think, looking away from those amazing green eyes. After today’s scare, I’m turning my efforts toward my new goal. 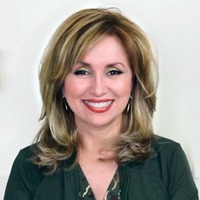 Sophia loves writing books that end with a sigh and a smile. In addition to traveling, foodie adventures, and the arts in all forms, one of her favorite pastimes is simply watching people--especially those in love!