Here are the books that are on my ARC list in my blog planner that will be published this week, on February 19th: 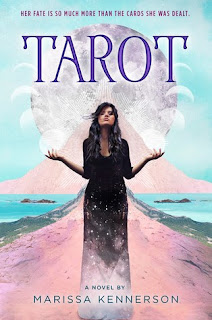 This made me think of the Arcana Chronicles by Kresley Cole.  So of course I am interested.

Here is the blurb from Goodreads:
Anna was never supposed to exist. Born of a forbidden union between the Queen and the tyrannical King’s archnemesis, Anna is forced to live out her days isolated in the Tower, with only her mentors and friends the Hermit, the Fool, and the Magician to keep her company. To pass the time, Anna imagines unique worlds populated by creatives and dreamers—the exact opposite of the King’s land of fixed fates and rigid rules—and weaves them into four glorious tapestries.

But on the eve of her sixteenth birthday and her promised release from the Tower, Anna discovers her true lineage: She’s the daughter of Marco, a powerful magician, and the King is worried that his magical gifts are starting to surface in Anna. Fearing for her life, Anna flees the Tower and finds herself in Cups, a lush, tropical land full of all the adventure, free-spiritedness, and creativity she imagined while weaving.

Anna thinks she’s found paradise in this world of beachside parties, endless food and drink, and exhilarating romance. But when the fabric of Cups begins to unravel, Anna discovers that her tapestries are more than just decoration. They’re the foundation for a new world that she is destined to create—as long as the terrors from the old world don’t catch up with her first. 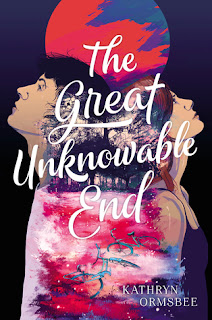 This is cool sounding, from the end of the world bit, to a character with Tourette's, and then that it is set in Kansas, where I teach, the state right next to where I live.

Here is the blurb from Goodreads:
Slater, Kansas is a small town where not much seems to happen.

Stella dreams of being a space engineer. After Stella's mom dies by suicide and her brother runs off to Red Sun, the local hippie commune, Stella is forced to bring her dreams down to Earth to care for her sister Jill.

Galliard has only ever known life inside Red Sun. There, people accept his tics, his Tourette's. But when he’s denied Red Sun's resident artist role he believed he was destined for, he starts to imagine a life beyond the gates of the compound...

The day Stella and Galliard meet, there is something in the air in their small town. Literally. So begins weeks of pink lightning, blood red rain, unexplained storms... And a countdown clock appears mysteriously above the town hall. With time ticking down to some great, unknowable end they’ll each have to make a choice.

If this is really the end of the world, who do they want to be when they face it? 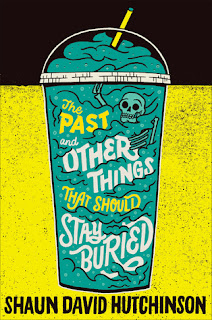 I've wanted to read something by this author for awhile, but haven't yet. This one sound especially like a story I'd enjoy. And that cover is just so cool!

Here is the blurb from Goodreads:
A good friend will bury your body, a best friend will dig you back up.

Dino doesn’t mind spending time with the dead. His parents own a funeral home, and death is literally the family business. He’s just not used to them talking back. Until Dino’s ex-best friend July dies suddenly—and then comes back to life. Except not exactly. Somehow July is not quite alive, and not quite dead.

As Dino and July attempt to figure out what’s happening, they must also confront why and how their friendship ended so badly, and what they have left to understand about themselves, each other, and all those grand mysteries of life.


Final Thoughts:
Have you read any of these?  Are any of them on your TBR list?  Hey, while you're here, you can check out some of the things I have to trade and try to win one if you go to my post yesterday about Clearing my TBR shelf,  HERE.
Posted by Lisa Mandina at 6:30 AM