Here are the books that are on my ARC list in my blog planner that will be published this week, on February 12th: 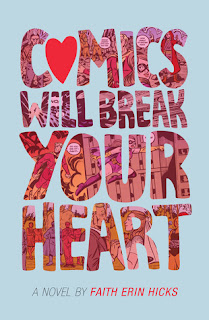 There have been a lot of books related to the comic book and comic-con world lately, and this one sounds like another great entry.

Here is the blurb from Goodreads:
Miriam's family should be rich. After all, her grandfather was the co-creator of smash-hit comics series The TomorrowMen. But he sold his rights to the series to his co-creator in the 1960s for practically nothing, and now that's what Miriam has: practically nothing. And practically nothing to look forward to either-how can she afford college when her family can barely keep a roof above their heads? As if she didn't have enough to worry about, Miriam's life gets much more complicated when a cute boy shows up in town . . . and turns out to be the grandson of the man who defrauded Miriam's grandfather, and heir to the TomorrowMen fortune.


In her endearing debut novel, cartoonist Faith Erin Hicks pens a sensitive and funny Romeo and Juliet tale about modern romance, geek royalty, and what it takes to heal the long-festering scars of the past (Spoiler Alert: love). 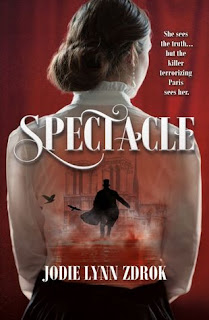 Makes me think of a Jack the Ripper type of story with some supernatural stuff thrown in, except set in France.

Here is the blurb from Goodreads:
A YA murder mystery in which a young reporter must use her supernatural visions to help track down a killer targeting the young women of Paris.

Sixteen-year-old Nathalie Baudin writes the daily morgue column for Le Petit Journal. Her job is to summarize each day's new arrivals, a task she finds both fascinating and routine. That is, until the day she has a vision of the newest body, a young woman, being murdered--from the perspective of the murderer himself.

When the body of another woman is retrieved from the Seine days later, Paris begins to buzz with rumors that this victim may not be the last. Nathalie's search for answers sends her down a long, twisty road involving her mentally ill aunt, a brilliant but deluded scientist, and eventually into the Parisian Catacombs. As the killer continues to haunt the streets of Paris, it becomes clear that Nathalie's strange new ability may make her the only one who can discover the killer's identity--and she'll have to do it before she becomes a target herself. 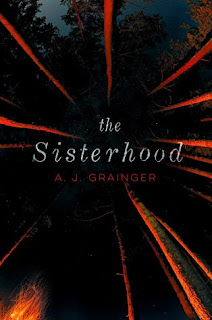 Sounds like maybe a cult-type of story?  Not sure.  I think it might have been published under another title last year, In Your Light.

Here is the blurb from Goodreads:
Seventeen-year-old Lil’s heart was broken when her sister Mella disappeared. There’s been no trace or sighting of her since she vanished, so when Lil sees a girl lying in the road near her house she thinks for a heart-stopping moment that it’s Mella.The girl is injured and disorientated and Lil has no choice but to take her home, even though she knows something’s not right. The girl claims she’s from a peaceful community called The Sisterhood of the Light, but why then does she have strange marks down her arms, and what—or who—is she running from?

Final Thoughts:
Have you read any of these?  Are any of them on your TBR list?  Hey, while you're here, you can check out some of the things I have to trade and try to win one if you go to my post yesterday about Clearing my TBR shelf, HERE.
Posted by Lisa Mandina at 6:30 AM