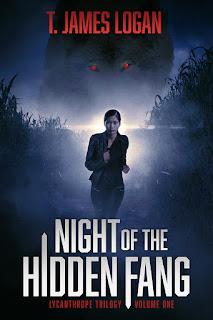 Synopsis:
ONE TEENAGE GIRL. ONE ONCOMING APOCALYPSE Mia just wants to fit in with her new school in a new city, maybe find a nice boyfriend. But her suburban life is turned upside down when she encounters three younger boys, naked and on the run. Mia is drawn into a shadow world where dark shapes prowl quiet neighborhoods, hunting for fresh meat. A spate of strange disappearances heralds a terrible secret-the outbreak of a plague that will change the natural order of the entire planet. This oncoming war for the top of the food chain threatens Mia's family, and with the help of the three boys, she must save her mother from the ruthless man-beast who wants to put her on the menu. Mia doesn't know it yet, but her blood may hold the key to the future of the human race.

1.  What does your writing process look like? Do you know the whole story when you start?  Or do you just start writing and go with it (seat of the pants writing)?  If you plan it out, how do you do that?  Outline, notecards, post-it-notes, etc.?
It really depends on the piece. With short stories, I tend to have an idea where the story is going, how I want it to end, but not always. It has also happened to me that what I thought was a short story turned into a novella and even a novel. My novel Needless Things, which I'm currently shopping to literary agents, started out as a short story. Within a few pages, I knew it was a much longer piece, and I had to make the decision to write that book.
I started out as pure seat of the pants, but I've found that I get more done faster if I outline. That being said, my outlines tend to be fairly fluid. I'll often get a better idea in the course of writing than I had when I was outlining, so that element of the outline goes out the window.
I use Scrivener to write, which includes some really great organization features like built-in "note cards" and such. When I'm screenwriting, I have on occasion used a stack of paper note cards, one for each scene, and color coded in various ways. I've also recently discovered an outlining software tool called Contour, which I've used twice and found really helpful.
I suspect that the longer my career goes, the more my process will evolve.

2. Are you part of a writers group that gets together and helps each other with their writing?

I'm part of a three different writers groups. The primary of those groups is a critique and support group. We actually put together a podcast called The CriTiki Party where we try to help other writers with the first few pages of their novel, by reading and critiquing live on the air.
The website is: http://www.critikiparty.com
I also have another critique group full of really talented, accomplished writers, but because we're all writing novels, it is less active lately. The third group is more of a weekly hangout/support effort with loose membership and attendance. We all take over one corner of a tolerant restaurant, eat pie, chat, and do writing sprints.

3.  How do you come up with your ideas for your stories?

Ideas come from everywhere. For me, I'm most often inspired by other art works. Graphic art, music, films. But sometimes ideas just come out of the blue. It's happened that I've had novel and short story ideas come to me while I'm sitting on a panel at a convention. Sometimes it starts with a character. Sometimes with something from nature, like a scientific oddity, or some shocking new scientific development. Sometimes, in the case of Night of the Hidden Fang, it came as a dream about running into three suspicious runaway boys on a remote bike path, which readers will notice features prominently in the story.

4.   What tips do you have for aspiring writers?

Keep writing. Practice your craft. Attend writing conferences, take classes. Remember that it's all practice. Learn and strive to become better with every project you work on. Finish it. Polish it. Send it out to someone who will pay you money. Start at the top, at your dream markets, because you must respect your own work. When it comes back, send it out again to the next market on your list, immediately. Rinse and repeat. Write the next thing. Continue. If you think you're doing this to get rich, please do everyone a favor and quit now.

5.  Some of your favorites:

T. James Logan writes a lot of different kinds of things, from science fiction, fantasy, and horror to working on roleplaying games and screenplays. In his persona as T. James Logan, he loves to recapture bits of childhood, those times when a glimpse of a werewolf on television kept him up at night, those times when crushes were crushing, and those moments of youthful exuberance when the world was all possibilities.

He lives in Denver, Colorado, with his family, plus a dog and a cat, neither of which are lycanthropes—at least he’s pretty sure.