Blog Tour Review with Giveaway: Just One of the Royals (The Chicago Falcons #2) by Leah and Kate Rooper 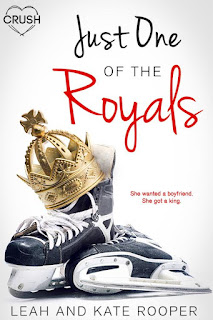 
to win next season, and 2) for his secret — the fact he’s actually the prince of Eldonia — to never make its way to Chicago. But if Daniel keeps avoiding his crown, their family will lose their kingdom forever.


really a prince! He’s always seemed more rebel than royal. But now, he needs to clean up his image, fast. Posing as his long-time girlfriend, Madison accompanies him back to Eldonia, intending to give Daniel a makeover fit for a king.


Only, the more royal Daniel becomes, the more Madison misses her best friend. And if she does her job right, she’ll lose him forever...