You know the routine, I'm getting behind again on reviews, and want to get ahead, so here we go! 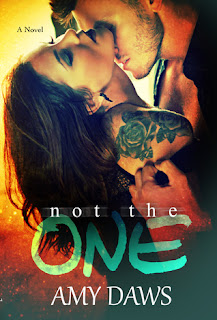 I had read the first three books in the London Lovers series: Becoming Us, A Broken Us, and London Bound, as ebooks.  I bought this one before I got the chance to meet the author back in March.  But then I didn't actually get around to reading it, until after I'd listened to the first two books in the Harris Brothers series, Challenge, and Endurance.  And come to find out, that the older sister in those books was part of the series I still needed to finish.  While a  lot of times you do really need to read in order, the Harris brothers are just removed enough that their books didn't ruin this story for me, although it gave me a little "ah-ha!"  moment when I realized the characters from this book were the couple that Belle helped in Endurance.

This book was totally an emotional roller coaster, a tear jerker, but so so good.  Definitely a must-read, as with all the books in the series before, and the ones I've read afterwards.

Here is the synopsis from Goodreads:
My name is Reyna Miracle. Even though a part of my name is Miracle, there’s nothing miraculous about me. My body portrays the tales of my life. Every feeling, every heartbreak, every emotion. Marked. Inked. Stained. A walking canvas of my messed up truth. But there’s one confession I can’t put in a tattoo. A confession that will kill me to tell, but my best friend died before I had the chance. Now I’m left with him. The only one who can hold me in the night and squeeze that spot on my neck that feels like my lifeline between sanity and chaos. But we don’t work together. We’re absolute poison for each other. We’re a stifling, suffocating, sickness of darkness. But I feel safe...because I’ve made an art of pushing people away. Now he’s pushing back… And making me believe... Making me wonder... Maybe, just maybe... I could be the one.

The Bachelor Auction (The Bachelors of Arizona #1) by Rachel Van Dyken: 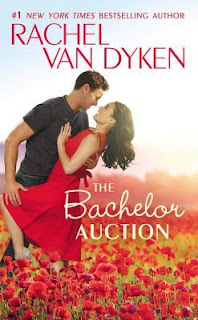 It started a little rough for me.  It was almost too simple of writing.  But as the story went on, I really got to enjoy the story, the brothers were hilarious, and the sexy scenes were great as well.  I was unsure just whether the grandfather was on their side, or if he was really being honest and trying to keep the two apart.  Overall it was a sweet read, and I look forward to reading about the brothers in the future books.

Cinderella never had to deal with this crap.Jane isn't entirely sure that Cinderella got such a raw deal. Sure, she had a rough start, but didn't she eventually land a prince and a happily-ever-after? Meanwhile, Jane is busy waiting on her demanding, entitled sisters, running her cleaning business, and . . . yep, not a prince in sight. Until a party and a broken shoe incident leave Jane wondering if princes---or at least, a certain deliciously hunky billionaire---maybe do exist.Except Brock Wellington isn't anyone's dream guy. Hell, a prince would never agree to be auctioned off in marriage to the highest bidder. Or act like an arrogant jerk---even if it was just a façade. Now, as Brock is waiting for the auction chopping block, he figures it's karmic retribution that he's tempted by a sexy, sassy woman he can't have. But while they can't have a fairy-tale ending, maybe they can indulge in a little bit of fantasy . . 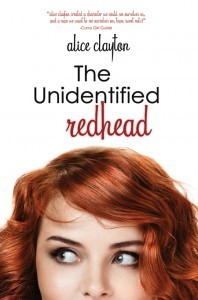 As always, Clayton's books make me laugh so hard, and have great sexy times, and this time she really got me because it is an older woman story!  As an older woman, or should I say a woman interested in younger men, I loved this.  I've got the next two books in the series, also from bargain tables, sitting on my TBR bookshelf in my bedroom.  And you can't help but fall in love with Jack, who I think Clayton said was kind of based/modeled on Robert Pattinson.  Again, I will suggest this author's books to anyone looking for a fun, romantic, and sexy when needed, read.

The first in USA TODAY bestselling author Alice Clayton’s Redhead series is a playful and erotic romance between an aspiring actress and Hollywood’s hottest new leading man.When Grace Sheridan returns to Los Angeles to become a working actress, it’s a second shot at a life-long dream. With some help from her best-friend agent, will that dream become a reality—or at thirty-three, has Grace missed her chance at the big time? And when an unexpected sizzling romance with Jack Hamilton, the entertainment industry's newest “it” boy, threatens to shine an uncomfortable spotlight on her life, how will that affect her career…and his?Funny, borderline neurotic Grace is perfect in her imperfections, and the sexual chemistry between her and charming yet blissfully unaware Jack is off the charts. With laugh-out-loud dialogue and a super-steamy romance that will get your heart racing, sneaking around in L.A. and dodging the paparazzi has never been so fun.
Posted by Lisa Mandina at 7:24 PM