Blog Tour with Excerpt: Hallow Be The Haunt (A Krewe of Hunters Series) by Heather Graham

From New York Times bestselling author Heather Graham, comes the sexy and suspenseful title…HALLOW BE THE HAUNT, a new novella in the A Krewe of Hunters series brought to you by 1001 Dark Nights! Grab your copy of this amazing novella today!

About HALLOW BE THE HAUNT (A Krewe of Hunters Novella):

Years ago, Jake Mallory fell in love all over again with Ashley Donegal–while he and the Krewe were investigating a murder that replicated a horrible Civil War death at her family’s Donegal Plantation.

Now, Ashley and Jake are back–planning for their wedding, which will take place the following month at Donegal Plantation, her beautiful old antebellum home.

But Halloween is approaching. And Ashley is haunted by a ghost warning her of deaths about to come in the city of New Orleans, deaths caused by the same murderer who stole the life of the beautiful ghost haunting her dreams, night after night.

At first, Jake is afraid that returning home has simply awakened some of the fear of the past . . . .

But as Ashley’s nightmares continue, a body count begins to accrue in the city . . . .

And it’s suddenly a race to stop a killer before Hallow’s Eve comes to a crashing end, with dozens more life at stake, not to mention heart, soul, and life for Jake and Ashley themselves.


Grab your copy of HALLOW BE THE HAUNT today!

Excerpt:
“This seat taken?”
She turned and smiled. Jake was there, looking exceptionally handsome in a casual jacket and trousers. No tie, shirt slightly open. He was very tall—six-four—and his shoulders were nicely broad, but he could appear almost lean. His hair was at a rakish angle over his forehead.
“I’ll make room for you, sir,” she said.
“Soda?”
“Yes. With lime. Makes it fancy.”
He ordered for them both and took her hand, twining their fingers. “Should be champagne.”
“Not tonight.”
“No, not tonight,” he agreed. “But, I promise…”
She heard the guilt in his voice and tightened her grip, willing him to understand. “Jake, it’s all right. I promise. This isn’t just what you do—it’s who you are. And, I’m proud of that.”
“You’re doing okay, right?”
“Of course. Oh, because I was dreaming.”
“I really don’t like what’s going on.”
“With me—or the murdered girl and the slashed hood?”
“All of the above,” he sighed. “But for now, let’s focus on dinner.”
“What did you do? You think these are associated? Tell me—”
“After.” He brushed her lips with his. “Let’s have an almost romantic dinner first.”
The maître’d showed them to their table. Ashley loved the sense of history at Antoine’s. And the food was amazing too.
Once they were seated and had ordered, Jake smiled. “Wedding plans. How are they going?”
“The space is all cleared out for the wedding. We have plenty of room—luckily, a lot of our friends come as couples, so doubling them up won’t be a problem. No rooms are rented out for the weeks before and after. Oh, and you know how the main hall has the winding staircases on either side? I’ll come down the left with Frazier. He’s so excited. We’ll be married at the base of the stairs, and then take the reception out to the grounds. It really should be beautiful. Actually, whatever we do will be beautiful. You know, I’d be fine with a justice of the peace.”
“I would never do that to your grandfather,” he chuckled.
“No, I guess not.” She grinned.
He leaned toward her, twirling soda in his glass. “So, do you have plans for later?” 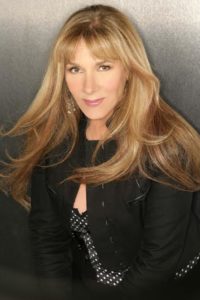 New York Times and USA Today best-selling author Heather Graham has always been an avid reader, from classics to sci-fi, mystery, horror, thriller, romance, and all kinds of non-fiction. She’s fairly certain that her mom’s deliciously crazy family–arriving in the US a bit before her birth from Ireland–gave her the love of storytelling. She started out in theater and commercials, but once her children began to arrive, she stayed home and gave writing a try. She’s incredibly grateful to be doing what she’s doing for a living. Heather belongs to MWA, RWA, Sisters in Crime, HWA, and ITW, and has the recipient of the RWA Lifetime Achievement Award, a Silver Bullet for charitable works, and this year, she will receive the Thriller Master title from ITW. She has over 200 novels in print, and has been published in 22 languages.