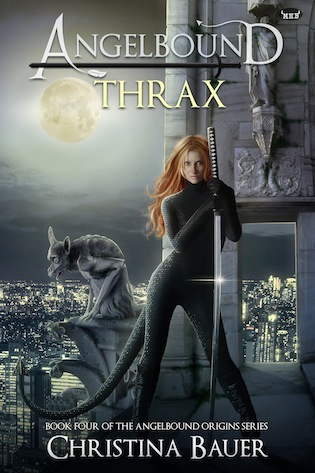 Myla Lewis has married Prince Lincoln, and now they’re expecting! All the after-realms rejoice. Myla should be happy too, but she has a serious problem. The day after their honeymoon ended, Myla’s real husband disappeared.

The man who’s sharing her bed is an imposter.

Myla tries explaining about “Evil Lincoln,” but no one will listen. The reason? People think that Myla’s supernatural pregnancy is making her cray cray. Mostly because that’s what Evil Lincoln is telling everyone, and that man’s a great liar. What a creep.

There’s no way Myla will take this lying down, though. She’s going to rescue her man, and she has a pretty good idea where he’s being held. With her best friend, Cissy, along to help, Myla sneaks off to Earth. All she has to do is blend in with the humans, avoid Evil Lincoln, and find her real man before the baby arrives. How hard can it be?

For the record, there's no better way to spend your honeymoon than lounging naked in bed while playing a little game I like to call, “No, I hated you more.”
Here’s how it works. My now-husband Lincoln and I positively loathed each other when we first met. Back then, Lincoln thought I was a reckless quasi-demon. Meanwhile, I thought he was a super-uptight part-angel demon-hunting douchebag. That’s ancient history now, so today we’re sharing the “best of the worst” moments from our rocky past. Plus, the game is extra-fun because Lincoln is ripped in that lean way swordfighters are, and the comforter is pooled around his hips. Yum. My guy is tall and broad-shouldered with wavy brown hair and lips that scream, kiss me without saying a word. Go, honeymoon!
For Lincoln’s last turn, he just reminded me how I wore sweats to a formal thrax event as a lame means of protest. I agreed that my attire was not in the best taste. Still, in the end I had to remove said sweats and then wear the ugliest white dress ever. Total mitigating factor. Long story short, Lincoln gave a decent entry, but we still don’t have a winner.
“You’re up,” says Lincoln with a sneaky smile. He totally thinks I don’t have a good story for my turn. And he’s way wrong. I am about to crush him like a cute itsy-bitsy-yet-mega-ripped man-bug. 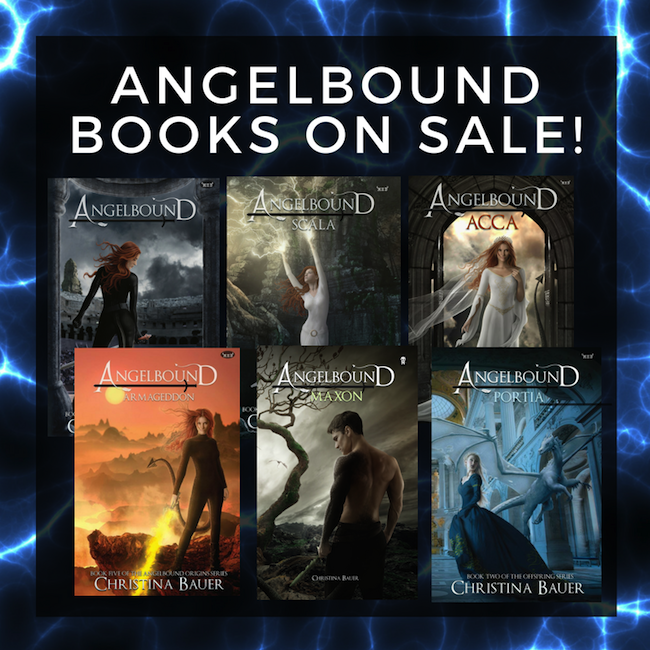 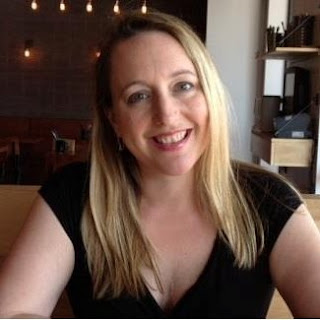 Christina Bauer knows how to tell stories about kick-ass women. In her best selling Angelbound series, the heroine is a part-demon girl who loves to fight in Purgatory’s Arena and falls in love with a part-angel prince. This young adult best seller has driven more than 500,000 ebook downloads and 9,000 reviews on Goodreads and retailers.

Bauer has also told the story of the Women’s March on Washington by leading PR efforts for the Massachusetts Chapter. Her pre-event press release—the only one sent out on a major wire service—resulted in more than 19,000 global impressions and redistribution by over 350 different media entities including the Associated Press.

Christina graduated from Syracuse University’s Newhouse School with BA’s in English along with Television, Radio, and Film Production. She lives in Newton, MA with her husband, son, and semi-insane golden retriever, Ruby.

Be the first to know about new releases from Christina by signing up for her newsletter: http://tinyurl.com/CBupdates