Release Blitz with Review: I Do(n't) by Leddy Harper 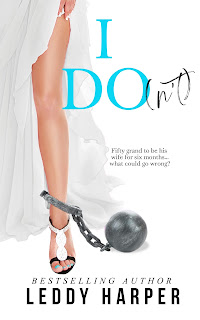 I fell in love with Holden York when I was six years old.
Most of my youth came with spiral notebooks filled with doodles, wedding plans, and “Janelle York” looped in bubbly handwriting.
However, one night in Vegas changed everything.
I woke up to more than just a fantasy of my brother’s best friend.
Five years later, I'm standing on his doorstep confronting him about the secret he kept from me.
If you think this is the story of how we rode off into the sunset together…

But if you think this is the story of how Holden blackmailed me into living with him...

You couldn't be more right. 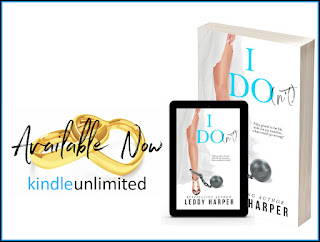 I could barely put this book down. And when I had to put it down, all I could think about was when I could pick it back up and find out what would happen next.  This book had emotions from one end of the spectrum clear to the other end!  I would be laughing out loud at one point, hot and bothered at other parts, and I had tears welling up in my eyes at other parts.

A lot of the time in books when the two main characters are doing things to get back at the other, I get annoyed.  But not so with this book.  Every time it happened I totally understood why they did it, and was okay with it.  Except, the very last part, I won't say what, but the big blow up that almost ended the relationship for good, I was irritated with the one of the main characters that didn't even take the time to ask for an explanation.  Of course that person did that a few other times when overhearing comments or taking comments the wrong way.  So I guess it made sense for them to do it again at the end.

The supporting characters, pretty much all of Janelle's family, along with Holden's secretary, were all so well written and really helped move the story along perfectly. They were there when needed, and they are part of the reason that I was so close to crying at one part of the book.  I mean, come on, some of the issues the family had been through, and the fact that they didn't bother to call and tell Janelle about them, well that was wrong.  And any family like that, well no wonder Janelle felt left out, and I feel like it was her family in the wrong in that case.

You really need to read this book.  I could not help but root for Janelle, and really be mad at Holden, even though we do get his side.  I liked that we got the alternating viewpoints from the two characters, as I've mentioned before, that is something I seem to like a lot these days.  Highly recommended, and now I'm off to add this author's other books to my TBR. 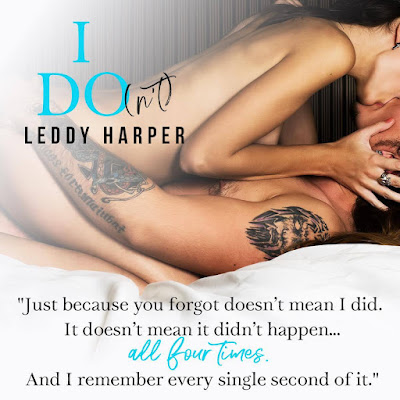 Leddy Harper had to use her imagination often as a child. She grew up the only girl in a house full of boys. At the age of fourteen, she decided to use that imagination and wrote her first book, and never stopped.

She often calls writing her therapy, using it as a way to deal with issues through the eyes of her characters.


She is now a mother of three girls, leaving her husband as the only man in a house full of females.


The decision to publish her first book was made as a way of showing her children to go after whatever it is they want to. Love what you do and do it well. Most importantly Leddy wanted to teach them what it means to overcome their fears.