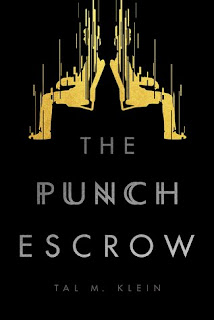 Synopsis:
It’s the year 2147. Advancements in nanotechnology have enabled us to control aging. We’ve genetically engineered mosquitoes to feast on carbon fumes instead of blood, ending air pollution. And teleportation has become the ideal mode of transportation, offered exclusively by International Transport—a secretive firm headquartered in New York City. Their slogan: Departure, Arrival... Delight! Joel Byram is an average twenty-second century guy. He spends his days training artificial-intelligence engines to act more human, jamming out to 1980’s new wave music and trying to salvage his deteriorating marriage. He’s pretty much an everyday guy with everyday problems—until he’s accidentally duplicated while teleporting.   Now Joel must outsmart the shadowy organization that controls teleportation, outrun the religious sect out to destroy it, and find a way to get back to the woman he loves in a world that now has two of him.

1.  What does your writing process look like? Do you know the whole story when you start?  Or do you just start writing and go with it (seat of the pants writing)?  If you plan it out, how do you do that?  Outline, notecards, post-it-notes, etc.?
This is my first book, so I’m not sure what I’ve done thus far qualifies as a “process,” but I’m happy to share:
The first draft was written, as you say, seat of the pants. I just committed to writing 1500 words per day until the thing was done. The final outcome read, well … like the seat of one’s pants.
The second draft came after after I received my first editorial note from Robert Kroese, my first developmental editor. He’s also one of my favorite authors, and I asked him to give it to me straight. He provided some great feedback on the underpinnings of the story, which led me to rethink the “secret of how teleportation works.”
The third draft came after I won the Inkshares Geek & Sundry Hard Science Fiction contest. I received my second editorial note, this time from Matt Harry, my assigned developmental editor at Inkshares. This draft was a complete rewrite from the ground up. The story was broken up into “beats” and we honed in on capturing the protagonist’s “hero’s journey” in three acts.
The fourth draft came after Inkshares released the third draft to Alex Hedlund (then head of development for Legendary Pictures), Greg Silverman (then president of Warner Brothers), and Howie Sanders (head of books for United Talent Agency). The three of them gave me bulleted notes on story structure that helped round out the cinematic appeal of the book. It’s likely because of this round of edits that the book became so appealing to Hollywood.
The fifth and final draft was mostly copy editing and proofing, with the implementation of some light notes from beta readers and fellow authors.
It was a lot of work!
2.  How do you come up with your ideas for your stories?
The ideas for the things I write are usually catalyzed by real life. I’m a big subscriber to the notion of “write what you know.” In the case of The Punch Escrow, the idea came from a non-sequitur watercooler conversation about the J.J. Abrams Star Trek reboot. I was complaining about lens flare and my company’s CEO interrupted to tell us that the real problem with Star Trek was the transporters. They wouldn’t work according to the laws of physics, and even if they did, nobody would ever set foot in them. I took that as a challenge.
3.  How long have you been writing?
I’ve been writing all my life. The Punch Escrow is my first published novel. It took about three years to research and two years to write.
4.  What tips do you have for aspiring writers?

I have nothing creative, unfortunately. Writing is the art of the grind. Focus on being finished, not being perfect. You can’t edit a novel until the first draft is done.
5.  Some favorites:
Books/authors/genres:
I’ll give you three of each:
Books: Master of Formalities (Scott Meyer), Devil’s Call (J. Danielle Dorn), Lexicon (Max Barry)
Authors: Scott Meyer, Larry Niven, Andy Weir
Genres: Hard Sci-Fi, Technothriller, Biography
Movies/TV Shows:
Movies: Hudson Hawk, The Princess Bride, Baby Driver
TV Shows: Lost (only the first two seasons), Game of Thrones (natch), Pushing Daisies (swoon… sad swoon)
Music: I like Norwegian disco: Torske, Strangefruit, Lindstrom, Prins Thomas, Todd Terje - if you don’t know what that is you’re missing out.
Food/Writing snack: I like to write when I’m hungry. I don’t snack. I have been known to drink an entire bottle of Mercury Wine’s Skins orange wine while writing, on occasion.
Social Media Site:
I’m @VirtualTal on Twitter, and please like the book on Facebook at www.facebook.com/ThePunchEscrow 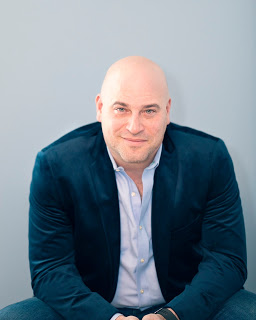 Tal M. Klein was born in Israel, grew up in New York, and currently lives in Detroit with his wife and  two daughters. When his daughter Iris was five years old, she wrote a book called I’m a Bunch of Dinosaurs that went on to become one of the most successful children’s book projects on Kickstarter —something that Tal explained to Iris by telling her, “your book made lots of kids happy.” Iris then asked Tal, "Daddy, why don’t you write  book that makes lots of grownups happy?" Tal mulled this over for a few years, and eventually wrote his first book, The Punch Escrow. It won the Inkshares Geek & Sundry Hard Science Fiction Publishing contest, and will be the first book published on Inkshares’ Geek & Sundry imprint.Tour Schedule: