Review: Die for Me (Revenants #1) by Amy Plum 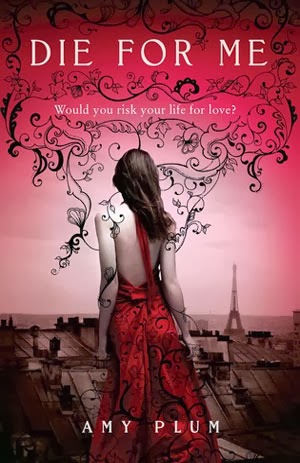 This is one that I believe I got a free copy of at the Romantic Times Convention here in Kansas City in May 2013.  I know, I know, I'm way behind on this series, but it was one I kept meaning to pick up, and never did.  It was definitely a good story.  I've seen several comparisons to Twilight, but again, it isn't quite the same to me, I don't see the similarities really, other than the guy being basically immortal and the girl a regular human.
In this story we have Katie and her older sister Georgia, who have moved to Paris to live with their grandparents after their parents' death.  They know the city well, as they've visited their grandparents there many times in the past.  But while Georgia is out dancing and meeting people, Katie is still not quite over her parents' deaths.  She does begin to get out and go to the museums, and even to sit in little cafes and read.  There are these very attractive boys that she keeps seeing at the cafe, and then later at a museum.  And then on a night when she is out walking with her sister, Katie sees something strange.  The one that she found really cute, felt maybe a connection with, is talking to a girl on a bridge, what looks like trying to stop her from jumping.  And when she jumps, he jumps in after her!  At the same time she sees what looks like a sword fight going on down near the bottom of the bridge.  Very weird, but no idea what is going on.  Another day at the cafe, a sign begins to fall on Katie, but she is motioned over by a girl right before it happens, basically saving her life.  Turns out there is something more about this group of people Katie keeps seeing.  The cute boy is named Vincent, and he has to give in and tell her what he is when she sees more craziness, sees him and the other guy trying to save this man in the subway.  And while they save him, Vincent's friend is struck by the train.  Now Katie doesn't know how she can be in love with Vincent, after losing her parents, she's not sure how she can be with someone that leads such a risky life, and has death as close at hand as Vincent and his friends do every day.
In case you haven't read it yet, I'll stop there.  Just know that there are also a group of bad guys, that have the same characteristics as Vincent and his friends.  A great read, I like that Katie, while yes she has the insta-love thing going on, she does have to stop and think if she could be with him with all that is going on in his life.  And even at the end, she says she still has that in the back of her head.
Now I must read on!  And I may add this to my Prequel and Sequel challenge if I can get all the books read this year.  One last thing, here is a picture of me with the author at the RT Convention. 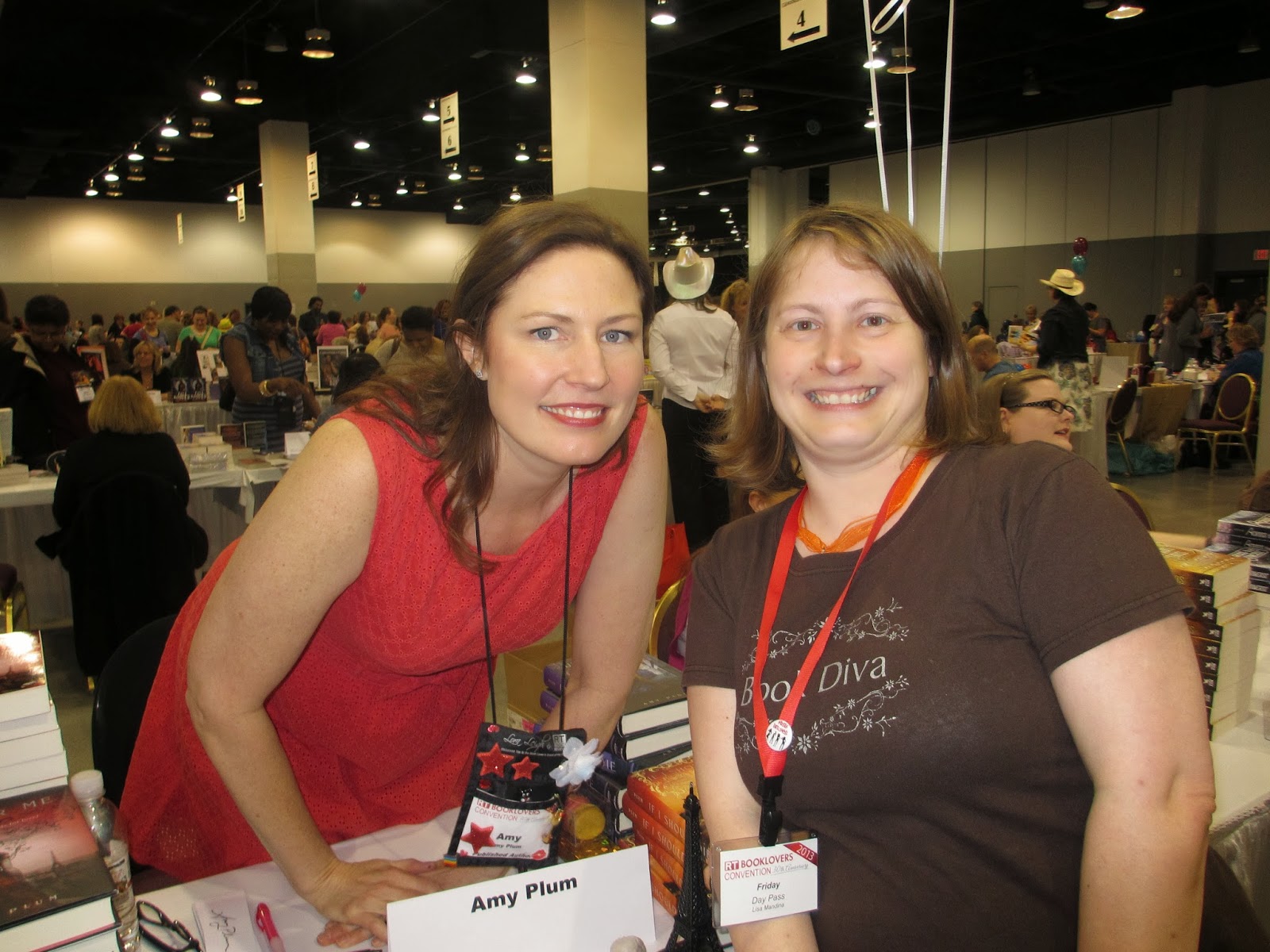